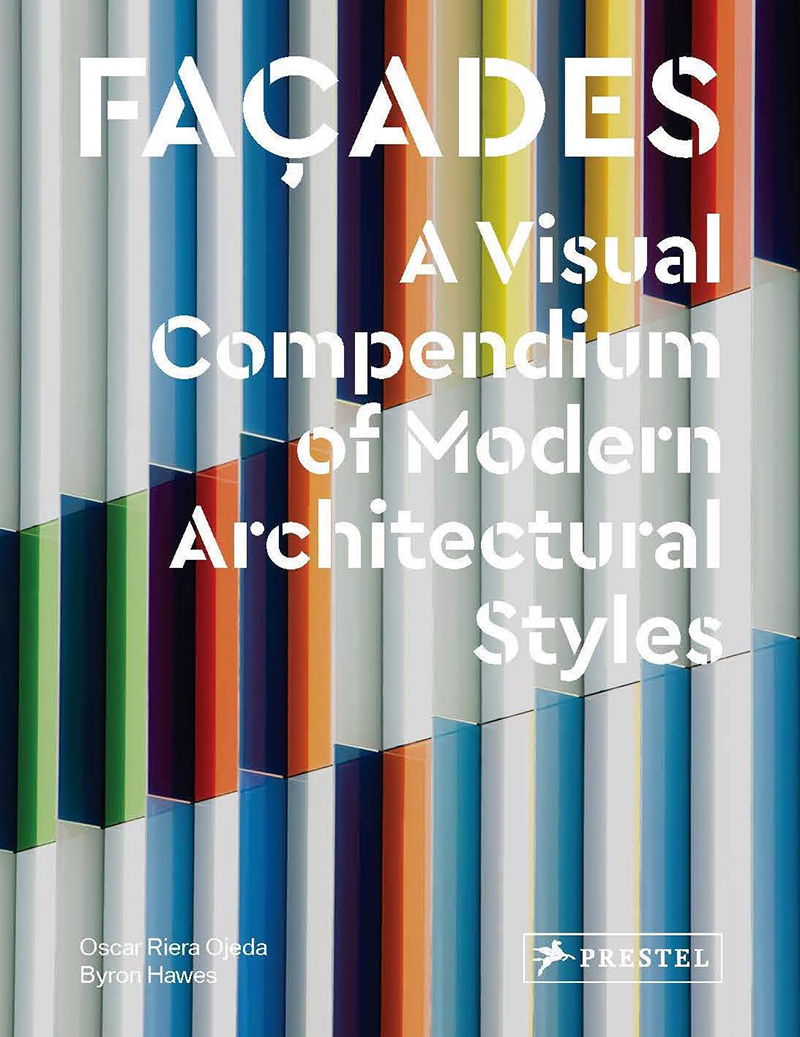 
A building’s façade sets the aesthetic tone for its entire design while serving a variety of functions, from regulating light and protecting against the elements to providing insulation for temperature and sound. This absorbing book details hundreds of examples of interesting and progressive façades from around the world. Presented in colorful double-page spreads, each façade is photographed from different angles and includes engaging texts that describe their significance. Readers can learn how traditional mashrabiyas in Abu Dhabi are being engineered to respond to light and to regulate heat, how a hospital in Mexico City has been constructed with “smog-eating” tiles, and how a “bio-adaptive” façade in Germany uses algae to generate energy and provide shade. Informative and accessible, this compendium is a highly useful resource for architects, engineers, and designers.


Bryan Hawes wraps up his introduction to this book crammed full of eye-catching contemporary facades with the statement, "it becomes clear that the design of a building's facade has become more than a statement or aesthetic pursuit." What was, he continues, "essentially the equivalent of dressing well has evolved into a highly functional and technological aspect of architectural endeavor in toto." What follows, though, in two broad sections (Shapes and Forms) broken down into six chapters each (Circles/Cubes, Squares/Spheres, Triangles/Pyramids, Rectangles/Cylinders, Rhombi/Cones, and Polygons/Prisms) are dozens and dozens of building exteriors documented in color photographs, shifting the focus back to "dressing" and away from functional and technical considerations. These are sexy buildings captured in sexy ways: typically with one overall photograph and one close-up shot. I wouldn't so far as to describe this as "facade porn" in the vein of "ruin porn," but building skin after building skin grouped together through formal similarities does eventually result in the eyes glazing over — So. Many. Facades. Architects who want the wide range of contemporary facades in one place should have this book, but those interested in the functional and technical, not to mention the environmental, aspects of facades should look elsewhere, such as to the many relevant titles published by Birkhäuser and the books of Kiel Moe. 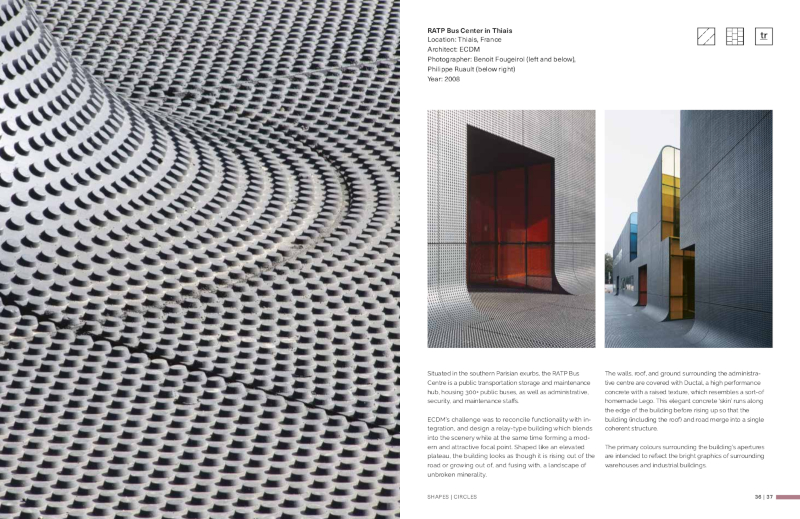 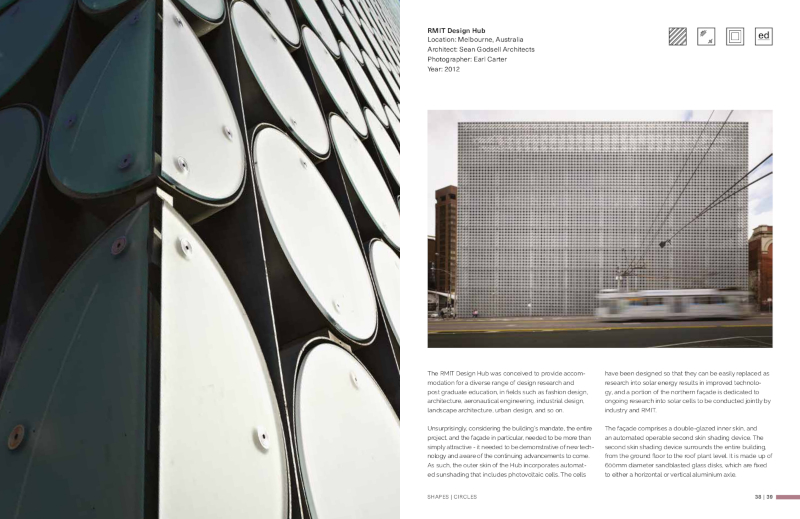 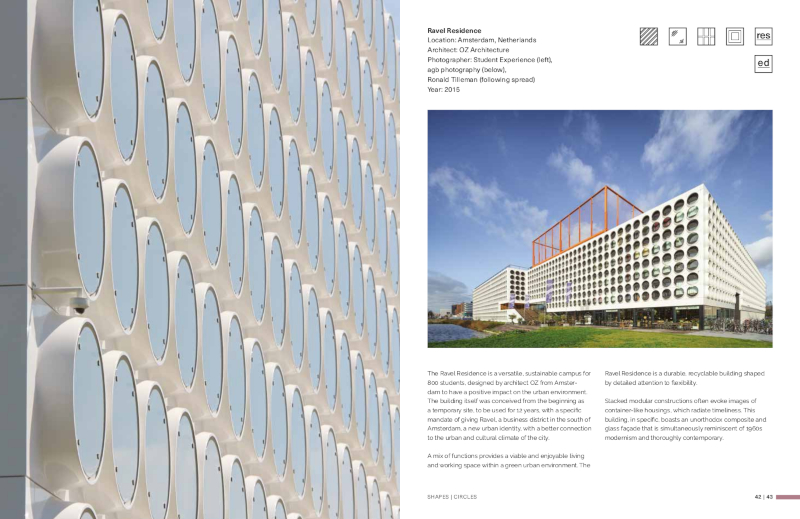 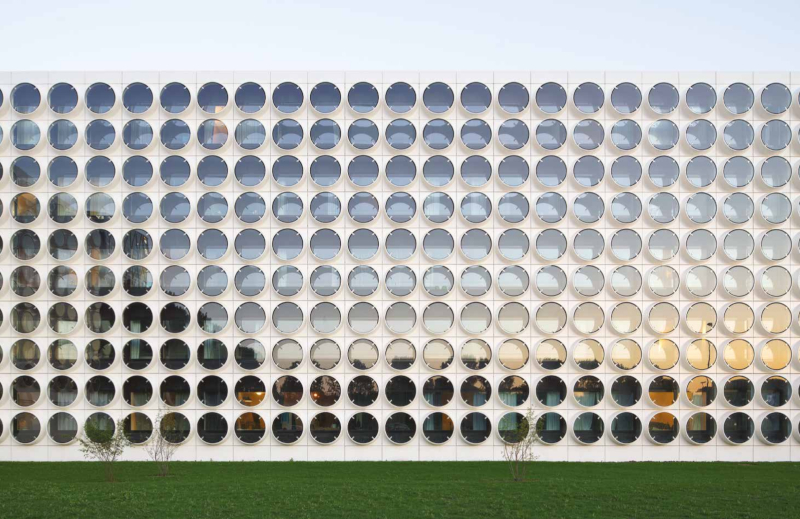 
Oscar Riera Ojeda is an editor and designer based in the United States, China, and Argentina. He has designed, edited, and published more than 200 architecture, design, and photography books and is the founder of Oscar Riera Ojeda Publishers. Byron Hawes is a New York and Toronto-based writer and designer. He is the founder and Editor of the underground architecture and design magazine The Après Garde, co-founder of architecture firm I-V, and Editor at Hypebeast and Flofferz.