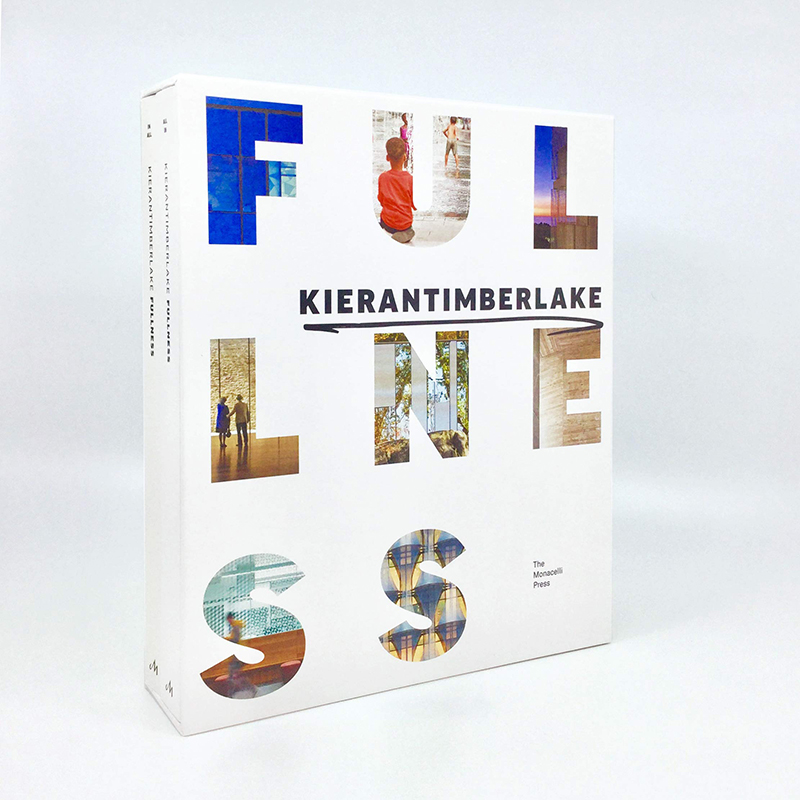 
KieranTimberlake: Fullness demonstrates the holistic impact of the work of the Philadelphia-based architecture firm. This monograph provides the concepts and contexts for seventeen recent projects in a range of scales and types, from houses to campus buildings to a transit hub and an embassy.

KieranTimberlake: Fullness demonstrates how the firm’s formative values have combined with innovative design methodologies, a commitment to full-scale, in-house prototyping, and a collaborative ethos to create and realize works of ambitious scope and complexity. Organized in two volumes, this book illustrated the comprehensive range of architectural beauty present in KieranTimberlake’s buildings and the evidence for their mastery of design at all scales and orientations.

The first volume presents photographs of each project, depicting the visual whole of the architecture as a fully resolved work. The companion volume reveals the sum of its parts—the pivotal junctures that give rise to final form, including both the moments of discovery and the pragmatic tools of analysis and prototyping that the firm uses. Narratives, drawings, diagrams, details, and anecdotes capture the design process and reveal the varied approaches that give form to the art and science of KieranTimberlake’s architecture.

Projects in this book include a house made from prefabricated modules in rural California that minimally disturbed its picturesque site; a major renovation of Philadelphia’s Dilworth Park in front of City Hall; Cellophane House™, a fully recyclable, energy-gathering dwelling; and the new US Embassy in London, designed to signify democratic ideals and exceptional environmental leadership with systems to reduce energy consumption.


Although I've never seen one in person, I've known of Frank Lloyd Wright's famous Wasmuth Portfolio at least since I ventured into the world of architecture as a student nearly thirty years ago. Published in Germany in 1910, the folio collected many of Wright's working drawings and renderings for the Prairie houses he built in the Chicago area, and it exposed his work to architects in Europe. I remember learning about the Portfolio initially in this context, in the role it played in influencing young European architects; this influence, though, is a mix of hyperbole on the part of Wright and the actual influence registered by architects such as Le Corbusier, Richard Neutra, and R.M. Schindler. One thing I seemed to have missed about the Wasmuth Portfolio until recently was the fact it was intended to be a double edition: the two-volume folio of 100 lithographs and a bound volume of photographs. Both were published, but as André Tavares explains in his insightful The Anatomy of the Architectural Book, they "never worked as a complementary set — they were too different in price, editing, and printing, as well as size and weight. The extraordinary qualities of the portfolio soon overwhelmed the dull photo-book."

So Frank Lloyd Wright tried early in his career, but he was unable to create a cohesive double-edition monograph of drawings and photographs. Fast forward more than 100 years, and I can't help but think that Fullness — a two-volume set documenting the last decade of Philadelphia's KieranTimberlake — is closer to what Wright was aiming for. The roughly letter page size is much smaller than Wright's folio, but Fullness's two volumes fit snugly inside a slipcase box and have a consistent graphic format, but they also differ in slight ways to be noticeably unique. "All In," the 368-page volume devoted to photographs of 17 projects spanning from 2008 to 2018, is hardcover and has glossy pages — appropriate given the consistent high quality of the professional photos. Volume two, "In All," has 248 matte pages and a paperback binding that works for the drawings, renderings, in-progress photos, and lengthier descriptions for the same 17 projects. People who like all their documentation of projects in one place will be a bit disappointed in having to navigate between two books to grasp the whole picture, but the two books offer two different ways of absorbing KieranTimberlake's work: as finished buildings captured in their best light or as designs being worked out by the architects.

Four projects stand out from the seventeen: Morse and Ezra Stiles Colleges, the firm's skillful renovation of the dormitories Eero Saarinen designed for students at Yale University; Quaker Meeting House and Arts Center, an addition to their earlier Sidwell Friends School in Washington, DC, best known as the school where Barack and Michelle Obama enrolled their daughters; Ortlieb's Bottling House, the new home of KieranTimberlake; and the US Embassy in London, a high-profile, once-in-a-lifetime project. Ranging from restoration and adaptive reuse to a simple, one-room place for prayer and a highly complex office building in another continent, these buildings illustrate the variety of KieranTimberlake's projects and prove they are one of the best architecture firms in the US. Compared to their first monograph, Manual, which revealed how their buildings were physically constructed, and the conceptual threads uniting Inquiry, their second monograph, Fullness is more straightforward, even though the "fullness" is achieved by splitting the monograph into two halves. 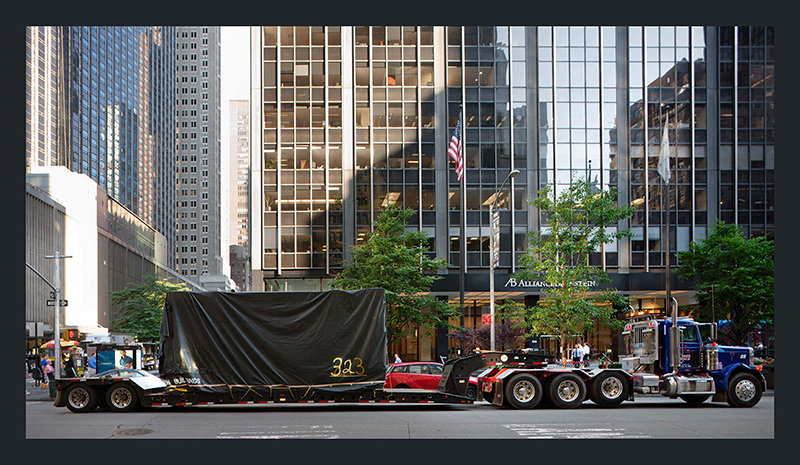 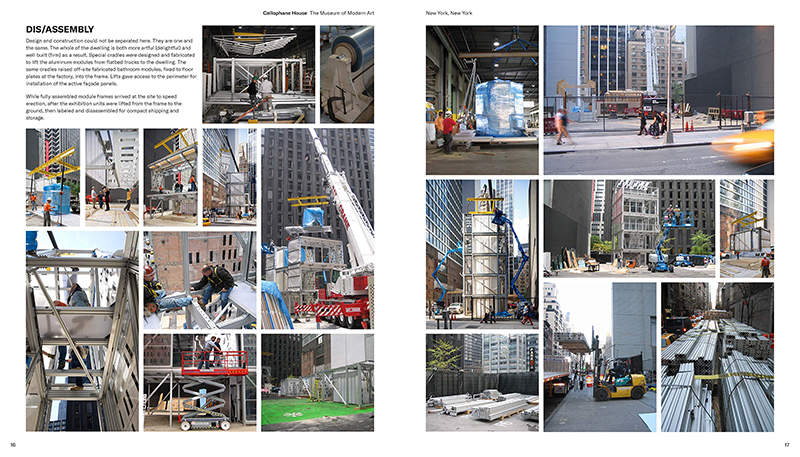 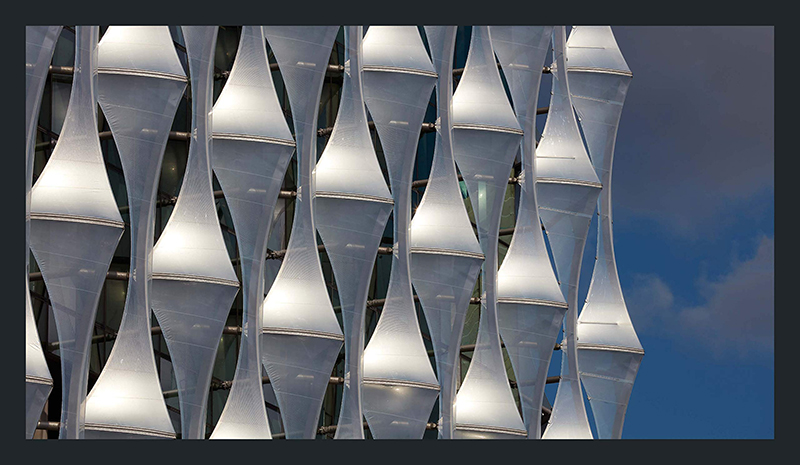 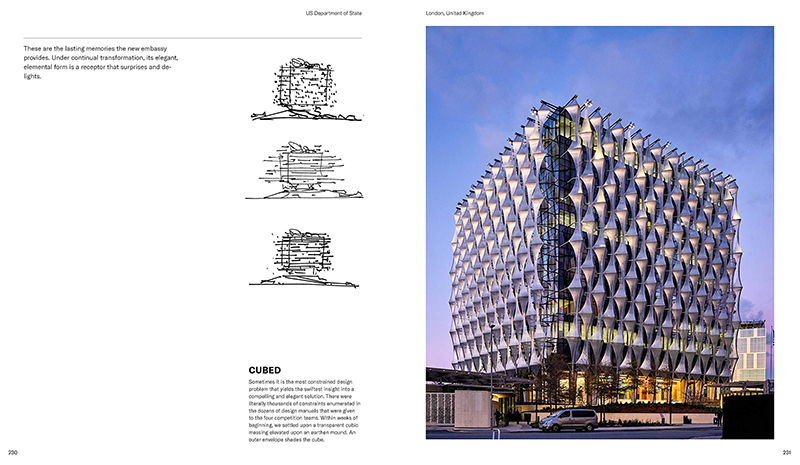