Avant-Garde in the Cornfields 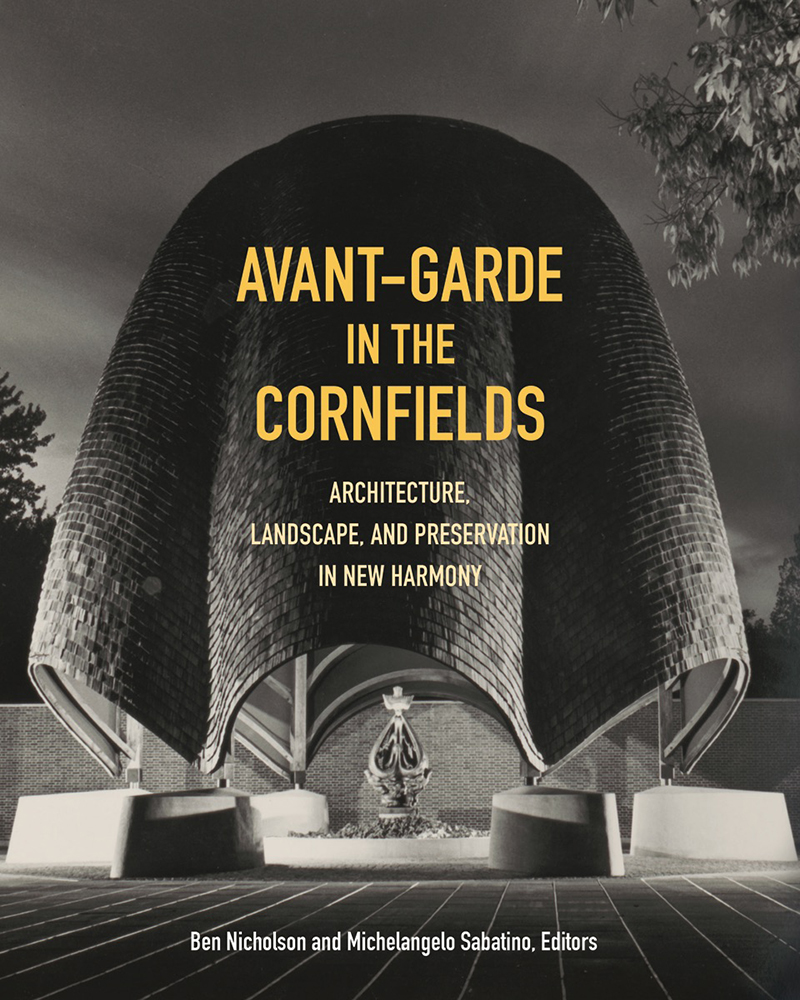 
Avant-Garde in the Cornfields is an in-depth study of New Harmony, Indiana, a unique town in the American Midwest renowned as the site of two successive Utopian settlements during the nineteenth century: the Harmonists and the Owenites. During the Cold War years of the twentieth century, New Harmony became a spiritual “living community” and attracted a wide variety of creative artists and architects who left behind landmarks that are now world famous.

This engrossing and well-documented book explores the architecture, topography, and preservation of New Harmony during both periods and addresses troubling questions about the origin, production, and meaning of the town’s modern structures, landscapes, and gardens. It analyzes how these were preserved, recognizing the funding that has made New Harmony so vital, and details the elaborate ways in which the town remains an ongoing experiment in defining the role of patronage in historic preservation.

An important reappraisal of postwar American architecture from a rural perspective, Avant-Garde in the Cornfields presents provocative ideas about how history is interpreted through design and historic preservation—and about how the extraordinary past and present of New Harmony continue to thrive today.


Although I grew up just 300 miles away from New Harmony (a five-hour car ride, or about the same distance from Chicago to St. Louis), I didn't visit the small Indiana town until 2015. The reason was to visit and photograph the Atheneum designed by Richard Meier and completed in 1979 for my book 100 Years, 100 Buildings. I'm guessing many architects know New Harmony because of Meier's building. I had learned about the Atheneum in the early 1990s in architecture school, when our class watched a documentary explaining the geometries Meier used to integrate his bright white building into the nearly 175-year-old town. For all I know the documentary also delved into the town's 1814 founding, abandonment ten years later, the subsequent attempt by Welshman Robert Owen to create a Utopian community there, and the architecture that preceded Meier's visitor center for the town — but what stuck in my memory was the Atheneum's geometry. The same drew me to include the building in my 2016 book but also learn a little bit more about the town and its earlier buildings when I visited.

With my rudimentary background on New Harmony, Avant-Garde in the Cornfields, a scholarly history of New Harmony's built environment in the second half of the twentieth century, is very welcome. Yet I couldn't help but first jump to the chapter devoted to the Atheneum. It's the last chapter in the book, written by Ben Nicholson, who edited it with Michelangelo Sabatino, who wrote the Introduction. Nicholson's contribution comes after a half-dozen chapters by various historians on preservation, patronage, gardens, art, and architecture; they are in a roughly chronological order and also move from a broad canvas to specific case studies (one is on Philip Johnson's Roofless Church, the building on the cover). These long essays — three of them, with notes, clock in at 50 or more pages — can stand on their own, but each one reflects the intertwining strands of architecture, landscape, and preservation signaled in the book's subtitle. So reading Nicholson's essay on the "white collage" of the Atheneum indirectly prompts readers to Nancy Magnum McCaslin's chapter on Jane Blaffer and Kenneth Dale Owen, the first who spent six years revitalizing New Harmony after she first visited the town in 1941; and to the chapter in which Stephen Fox focuses on patronage, since Meier's client, Ralph G. Schwarz, is as important to the Atheneum as the architect. All together, the seven essays give a comprehensive picture of a unique place whose built environment is rooted in 19th century ideals and accepting of mid- and late-20th century expression. 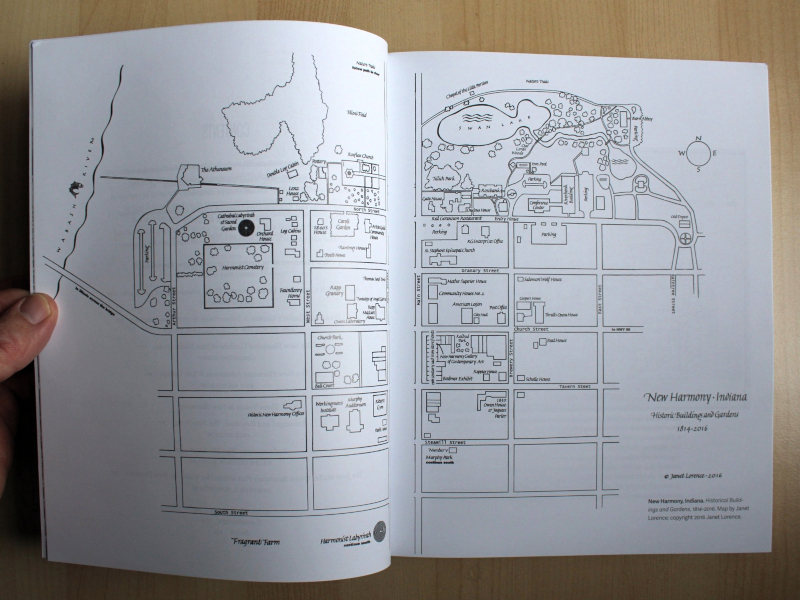 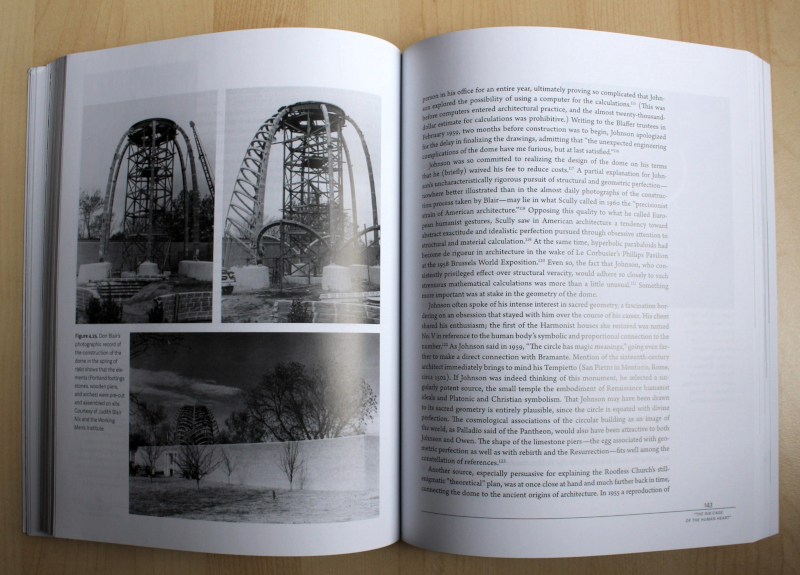 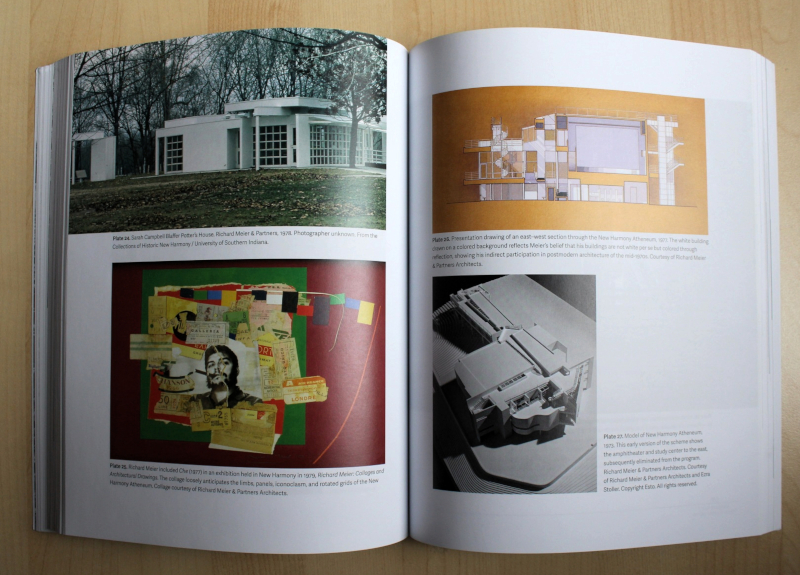 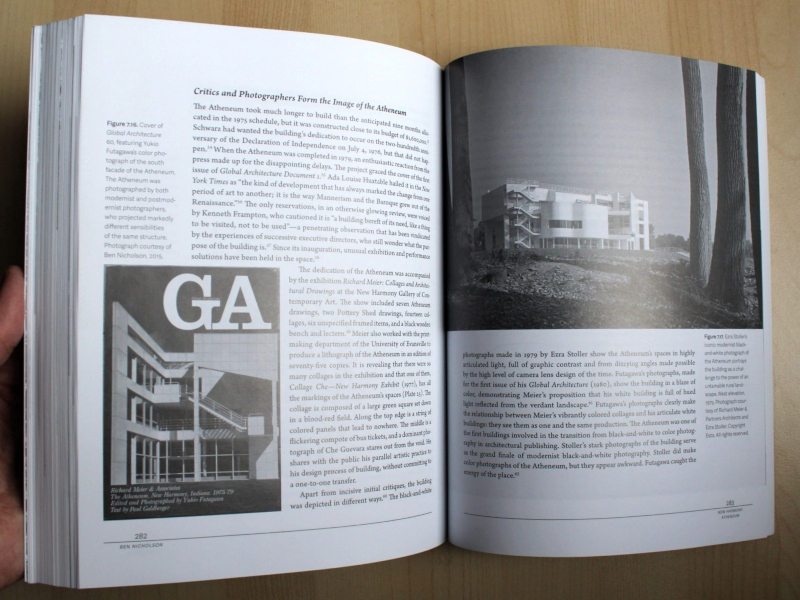 
Ben Nicholson is professor at the School of the Art Institute of Chicago. Michelangelo Sabatino is educated as an architect and historian and is dean of the College of Architecture at the Illinois Institute of Technology in Chicago.