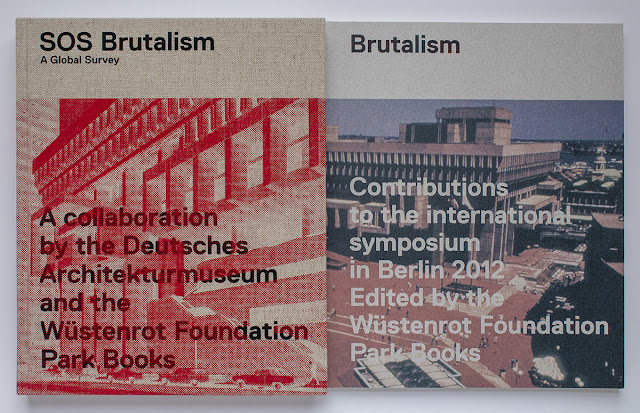 
Widely disliked in their heyday and only recently beginning to be appreciated, brutalist buildings around the world are at risk of being lost—in many cases to demolition, and in some to insensitive reconstructions that would forever alter buildings’ appearance beyond recognition. SOS Brutalism is a distress signal, an attempt to galvanize public awareness of the architectural heritage that is at risk of being forever lost. The book, result of a major collaborative research undertaking by Deutsches Architektur Museum DAM and Wüstenrot Foundation, presents a global survey of brutalist architecture of the 1950s, ’60s, and ’70s, covering around 120 key buildings from the period from around the world, many of them little-known and in imminent danger of destruction. Case studies of hotspots such as the Macedonian capital Skopje or New Haven, Connecticut, and essays on the history and theory of brutalism round out this groundbreaking and lavishly illustrated book.


One of the displays at the 2018 Venice Architecture Biennale, part of the FREESPACE exhibition curated by Yvonne Farrell and Shelley McNamara, was a remnant of Robin Hood Gardens, the large public housing estate in East London designed by Alison and Peter Smithson and completed in 1972. The three-story chunk of a facade was acquired by the V&A before the building was demolished starting in August 2017. While I never learned much about Robin Hood Gardens, the large building with its exterior "access decks" was eminently recognizable, and its importance in the history of modern architecture — especially Brutalism, obviously — was also very clear. As such, it seemed to me unlikely that such an important building, if unloved by some, could be demolished. But attempts to save it were unsuccessful and now all that's left is the three-story section of concrete and glass.

In the midst of Robin Hood's demolition, from November 2017 to April 2018, the Deutsches Architekturmuseum (DAM) in Frankfurt hosted SOS Brutalism – Save the Concrete Monsters! The name of the exhibition clearly expresses the urgency over threats to Brutalist architecture, with the Smithsons' building only the latest of many demolitions or transformations of "concrete monsters" from the 1960s and 70s, every other threatened one apparently designed by Paul Rudolph. Although Brutalism's rising popularity last decade led to a slew of books — both coffee table and scholarly — on the short-lived architectural style, the inflexibility of the monolithic buildings and the rough, textured concrete surfaces they had in common made them easy targets for "ugly" labels in arguments to replace them with smaller, friendlier designs, though arguably of less architectural merit. SOS Brutalism: A Global Survey, the companion to the exhibition and the start of an ongoing online project, admirably balances the visual and historical qualities of architectural publishing, presenting dozens of buildings around the world (many I was never familiar with) through photos and drawings, with intelligent texts on the characteristics of Brutalism in different contexts as well as on the individual projects themselves.

The 536-page hardcover book that is the global survey is accompanied by a slimmer paperback: Brutalism: Contributions to the international symposium in Berlin 2012. Essays by Kenneth Frampton, Beatriz Colomina, Stanislaus von Moos, Joan Ockman, Laurent Stadler, Philip Ursprung, and others make this volume an extremely valuable extension of the survey. The geographic specificity of the survey is found here too, with the essays honing in on particular places and architects, such as Britain, where Brutalism was most popular, and Switzerland, usually not considered important in the history of the style. One thread running throughout the two-volume book is that Brutalism was far from just a style, a word I nevertheless can't help using here. The Smithsons popularized the term "New Brutalism" in the mid-1950s, but by the time Reyner Banham published his book of the same name one decade later its subtitle — Ethic or Aesthetic? — it appears the social concerns of buildings like Robin Hood had given way to merely formal considerations. To which I contend, so what? Many of the wide-ranging buildings around the world that fall under the Brutalist banner are worth saving for reasons outside of social intentions: for being strong architectural statements, one-of-a-kind creations, and actually beautiful — beautiful monsters. 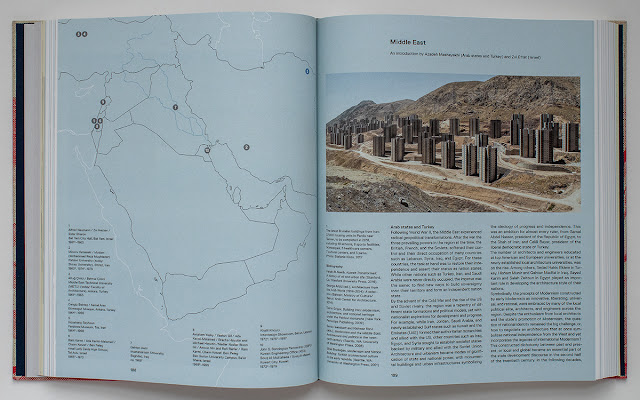 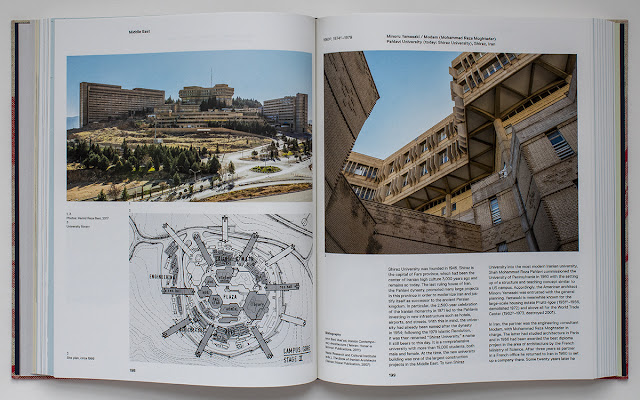 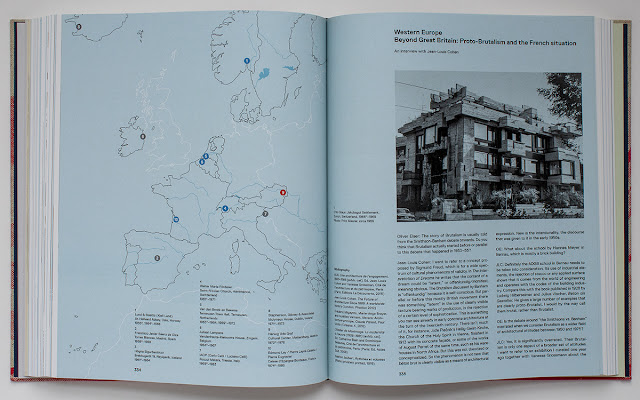 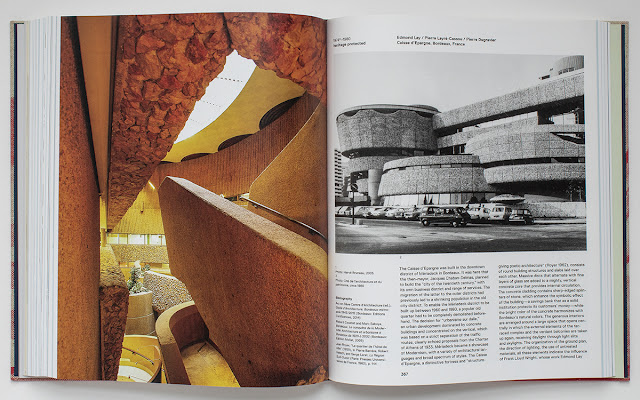