Frank Lloyd Wright's Contribution to the Beauty of American Life 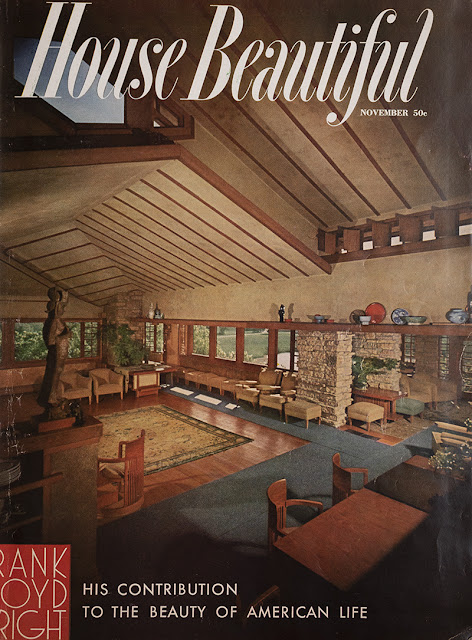 
House Beautiful is devoting this entire issue to Frank Lloyd Wright. He has created a new beauty in architecture and a new idea of beauty for our time. He continues to inspire a whole world with his freedom, as he has for 60 years. He has achieved the immortality of influence and universal recognition, and continues to amaze even his admirers with the freshness of his latest work. And now he has designed a whole ensemble of home furnishings, which are being introduced this fall in stores across the country.


The other day I was writing something that referenced Frank Lloyd Wright's famous phrase that "the hearth is the psychological center of the home." This sentiment is attributed to him but always without a source, so I tried to quickly find where he wrote it. With Google failing me I dove into some of my books on Wright, first his autobiography, which was like finding a needle in a haystack of index-free prose, then this special edition of House Beautiful from November 1955. Digging through the hefty, advertisement-packed issue of "the magazine dedicated to the business of better living," I lost track of finding the phrase and ended up reading some of the articles, for the first time since happening across the specially bound hardcover at a used bookstore last year — any Wright fan should be so lucky.

The content devoted to Wright doesn't start until page 233, coming after full-page ads and many pages of smaller "window shopping" ads (this ad in the latter stood out to me). Most of the twenty articles of varying length were written by the magazine's editors, including Elizabeth Gordon, Joseph A. Barry, John de Koven Hill, and Robert Mosher. These pieces tend to be laudatory, focusing on the dramatic impact Wright — then aged 88 — had on domestic architecture in the United States. There are a couple pieces by Wright himself and a couple by a notable critic and a scholar: Bruno Zevi examines how Wright masterfully shaped space and James Marston Fitch focuses on the exhibition house installed on the site of the Guggenheim Museum in 1953. This last article is the best one in the whole issue, since it discusses the dramatic impact of Wright's career on American houses clearly and in detail, not in more general platitudes.

House Beautiful published at the same time a slim volume, What Men Have Written About Frank Lloyd Wright; I don't have that book but 38 of the 238 bibliographical references are included in the back of the November 1955 issue. Here the magazine, which has been in publication since 1896, boasts of "the earliest significant association of the architect in the company of print," with an article by William C. Gannett in an 1897 issue. The completist in me is tempted to find that bibliographic volume with the unfortunate name, but thankfully I already have Robert L. Sweeney's Frank Lloyd Wright: An Annotated Bibliography from 1978, yet another must — with this issue of House Beautiful and many more publications — for fans of Wright. 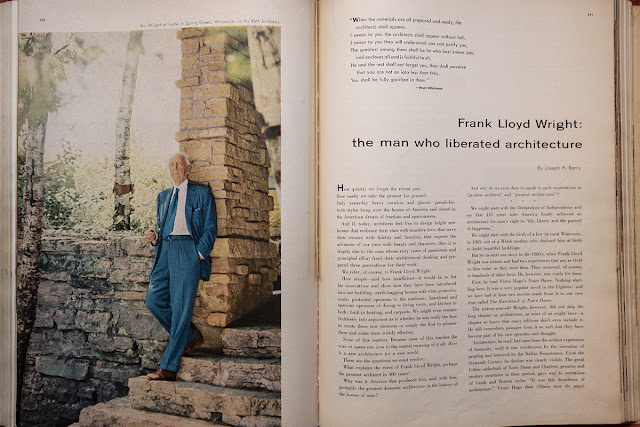 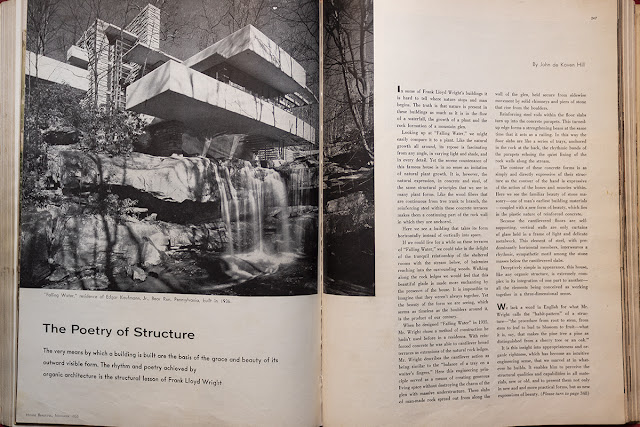 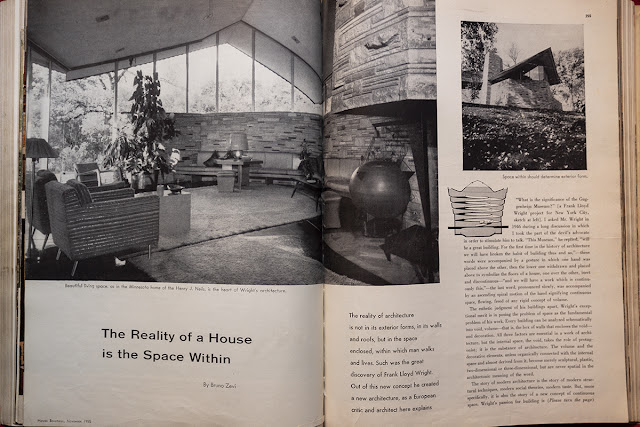 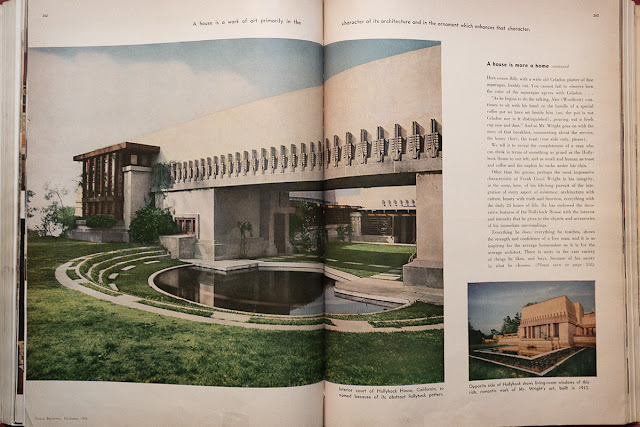 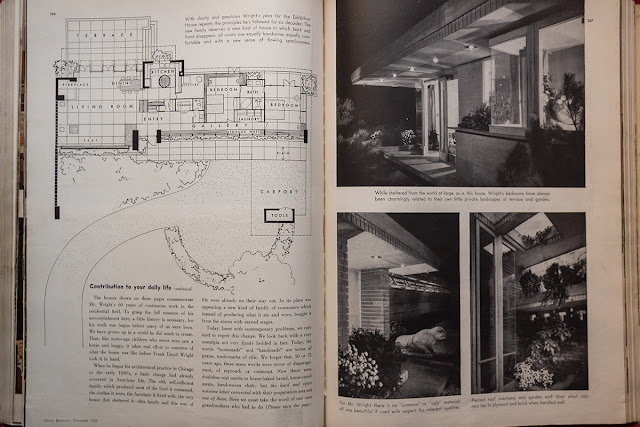 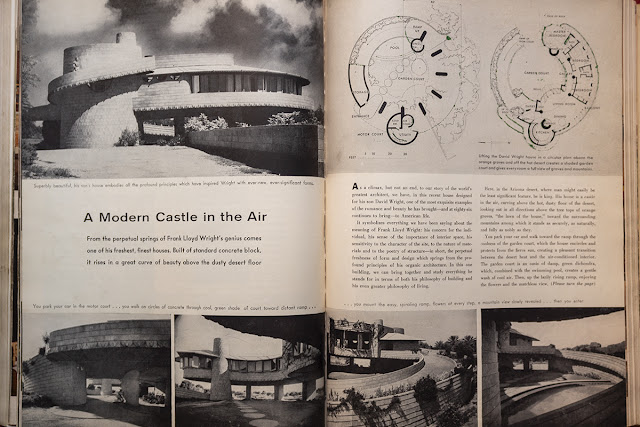 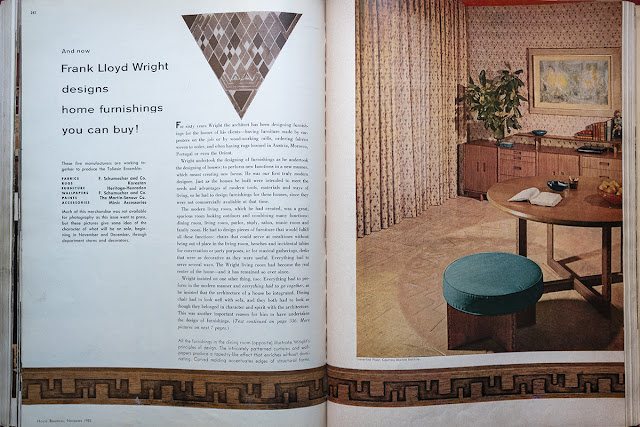