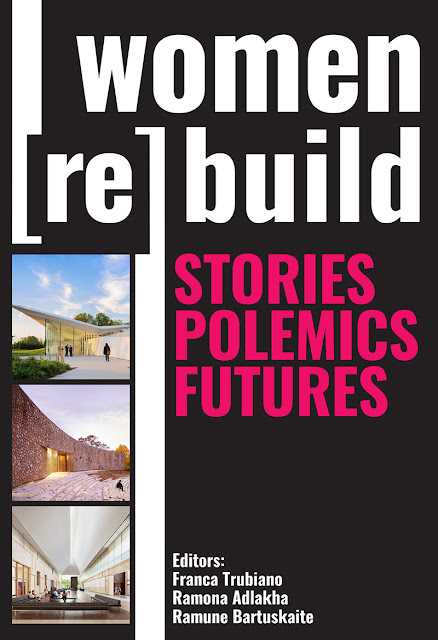 
Women [Re]Build: Stories, Polemic, Futures is exemplary in its mission to combine in one resource reflections on the renewal of feminist thought in architecture (Framing Stories), challenges to practice made possible by activism (Shaping Polemics), and portrayals of inspiring practitioners who pave the way for future women architects (Building Futures). The goal of this edited book is to increase the visibility and voice of women who everyday challenge the definition and practice of architecture. Women [Re]Build gathers words and projects of leading women thinkers, activists, designers, and builders who have dared to ask, “where are the women?” Where are the women whose architectural work should be celebrated and recognized for its courage and impact; who have cultivated female leadership while challenging the very principles of the discipline they represent; and who’ve asked the most difficult and rigorous of questions of those who build their visions?


In April 2017 the Weitzman School of Design at the University of Pennsylvania hosted [RE]FORM: The Framework, Fallout & Future of Women in Design. The symposium was one of the first events organized by PennDesign Women in Architecture (now Penn Women in Design), which aims to "increase the incidence and visibility of women in architecture, historic preservation, fire arts, landscape architecture and city planning." PWID is certainly not the only academic entity promoting equity in the profession, but like others — Harvard GSD's Women in Design comes to mind — their efforts ideally are heard beyond their campus, if anything to make the greatest impact. GSDWIP's online petition for a retroactive Pritzker Prize for Denise Scott Brown (her partner in work and life, Robert Venturi, was given the prize in 1991) brought a lot of attention to gender inequality in architecture and to the organization that launched the campaign (ultimately the petition was unsuccessful, but that's besides the point). Likewise, Women [Re]Build should bring more attention to equity in architecture and to PWID, which has built upon that first symposium with many more events.

The contributions to the book's three-part stories, polemics, and futures roughly parallels the 2017 symposium, which was moderated by PennDesign's Joan Ockman, Daniela Fabricius, and Franca Trubiano. (Ockman wrote the book's preface, "#WeToo," and Trubiano is one of the book's three editors.) [RE]FORM included presentations by, among others, Ila Berman, Shirley Blumberg, Lori Brown, Nicole Dosso, Winka Dubbeldam, Mary McLeod, Annelise Pitts, and Despina Stratigakos, each of which contributed something to Women [Re]Build. Highlights include McLeod's "brief account of the evolution of the major currents in American feminist architecture history" and a chapter from Stratigakos's 2016 book Where are the Women Architects? that delves into the gender biases of Wikipedia and its editors. (Why is there even a "list of women architects"?!) The book also has an interview with Marion Weiss, who gave the keynote at the 2017 symposium, as well as a conversation between Sadie Morgan and Samantha Hardingham, an interview with Billie Tsien, and a conversation between Jeanne Gang and Margaret Cavenagh. These four interviews/conversations structure the three parts of the book and give the book a rhythm, while also going beyond the confines of the 2017 symposium. The book ends by touching on PWIP's [RE]ACTION symposium held in spring 2018. Perhaps we'll see a second iteration of Women [Re]Build based on that event; such a book would be welcome — even if the circumstances that led to its need are most unwelcome. 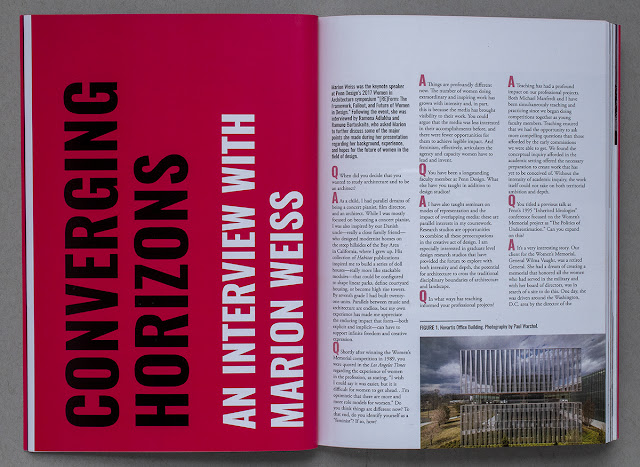 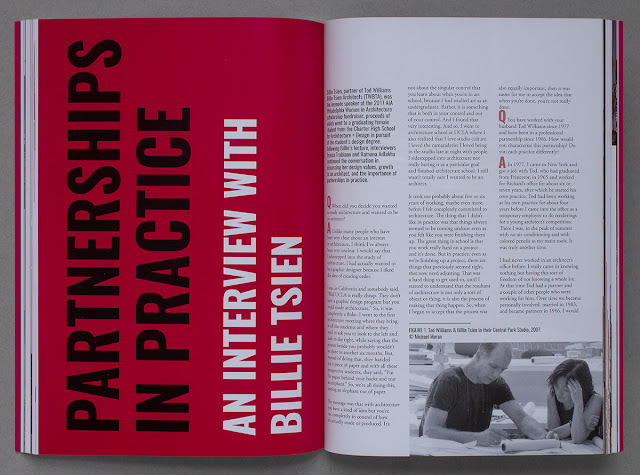 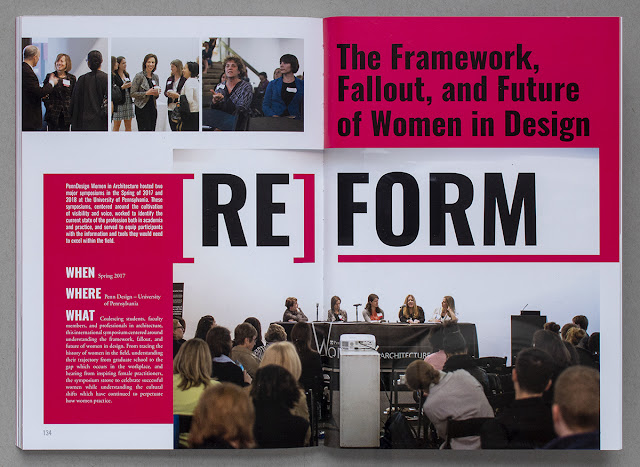