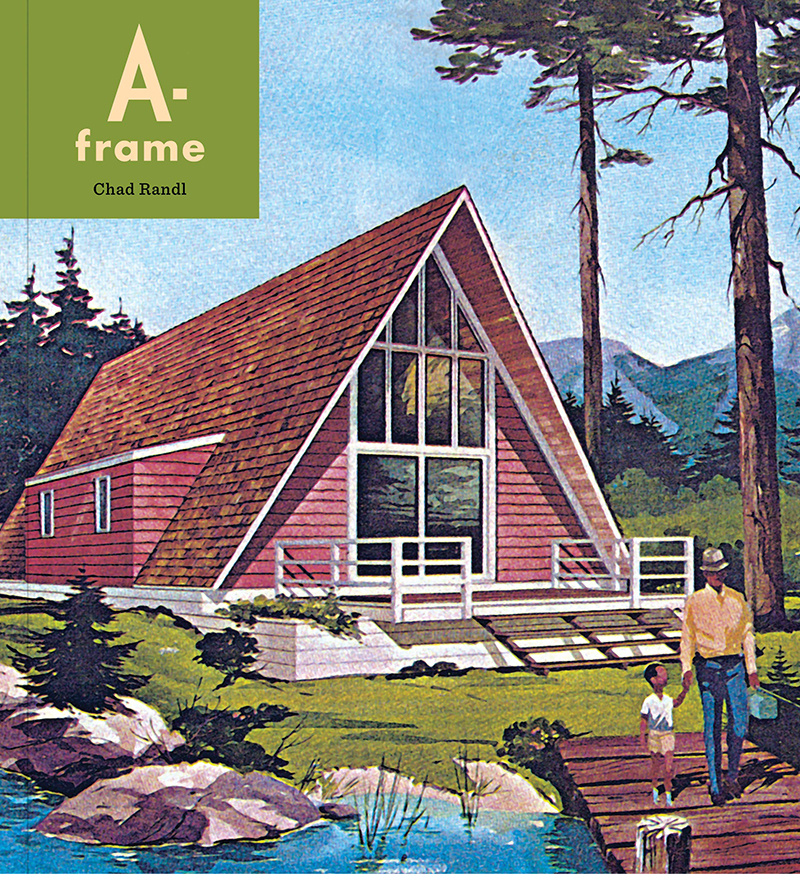 PUBLISHER'S DESCRIPTION:
The heyday of the national A-frame craze saw tens of thousands of these easy and affordable structures built as vacation homes, roadside restaurants, churches, and even pet stores. A-frame chronicles America's love affair with the A-frame, from postwar getaway to its recent revival among designers and DIYers. In a fascinating look at this architectural phenomenon, Chad Randl tells the story of the triangle house, from prehistoric Japan to its lifestyle-changing prime in the 1960s as a symbol of play, leisure, and outdoor living. Part architectural history and part cultural exploration, the book documents every aspect of A-frame living with cartoons, ads, high-style and do-it-yourself examples, family snapshots, and an appendix with a complete set of blueprints in case you want to build your own.
Chad Randl is Art DeMuro Assistant Professor in the Historic Preservation Program, College of Design, at the University of Oregon in Portland. Previously, he taught at Cornell University and worked as an architectural historian for the National Park Service. He is the author of Revolving Architecture: A History of Buildings that Rotate, Swivel, and Pivot.
REFERRAL LINKS:

dDAB COMMENTARY:
Rudolph Schindler is known for a number of houses he designed after moving to California in 1920, most notably the eponymous dwelling he built for his family and the family of his friend Clyde Chace in 1922, and the beach house he built for Phillip Lovell in 1926. He's not particularly known for a mountain cabin he designed at Lake Arrowhead in the mid-1930s, even though that structure is considered "America's first A-frame house," at least according to USModernist. Chad Randl says as much too, in the first chapter of his excellent 2004 history of the A-frame, where he writes, "[A-frames] were fine for temporary shelters for animals and for storing things, but they were not lived in by choice. This changed in 1934, when Rudolph Schindler designed a triangular cabin for Gisela Bennati in the hills above Lake Arrowhead, California." Yet if this were the first American A-frame, it would take a full twenty years for the novel construction to become at trend in the US and another twenty years for its popularity to wane.
Randl's definitive history on A-frames was rereleased last week in paperback. Although the publisher calls it a second edition, the only addition is a two-page preface, the rest staying the same: "perhaps it is best to let this little book stand as written," writes the author. For those wanting examples of residential A-frames beyond the roughly twenty-year period traced by Randl here in words and pictures — plenty of pictures — they need only look for The Modern A-Frame from 2018, with photographs by Ben Rahn (his studio is called A-Frame, in fact) and an introduction by Randl. But if you're looking for an in-depth history of a building form that was applied to churches and restaurants as well as vacation houses and ski chalets — and was even turned into a Fisher-Price play set (bottom spread) — A-frame is just what you need.
While the book reminds me of A-frames from my youth (churches mainly, with some restaurants jostling here and there in my head), what's most interesting in the book's visual presentation is the prevalence of popular images: toys, yes, but also cartoons, advertisements, and stories from popular magazines, not architectural journals. The A-frame was a popular form/style, and now with children from that time able to build their own second homes outside of cities, no wonder it's come back in style. For them, this "second edition" is hitting at just the right time.
SPREADS: 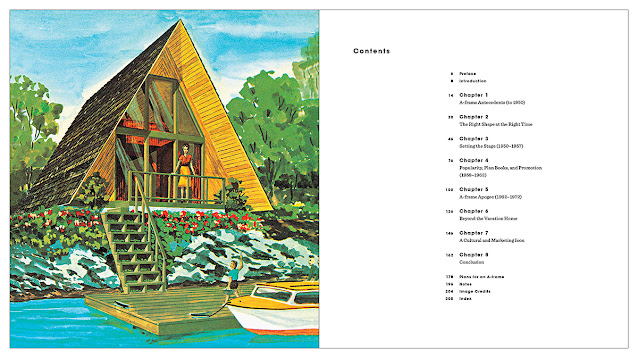 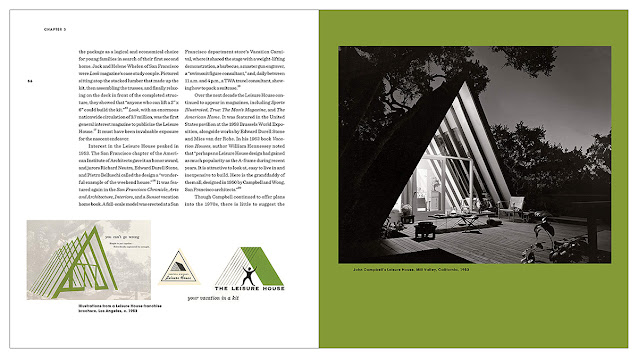 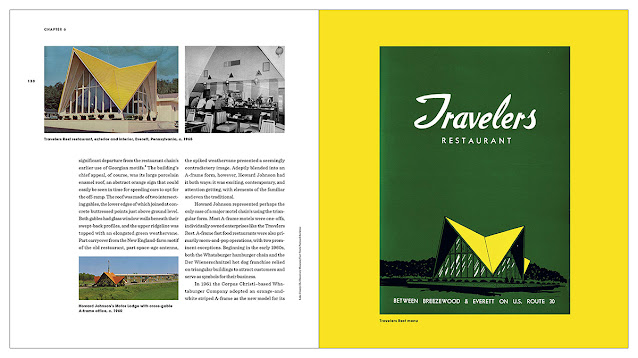 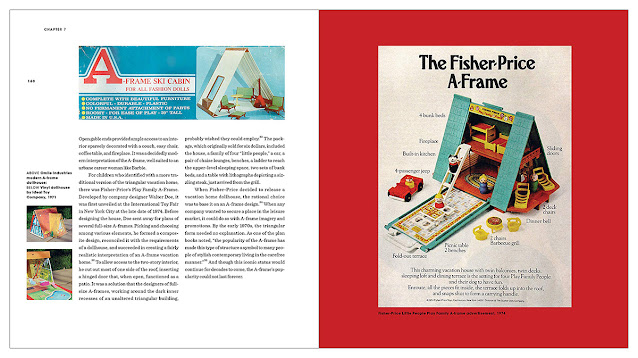