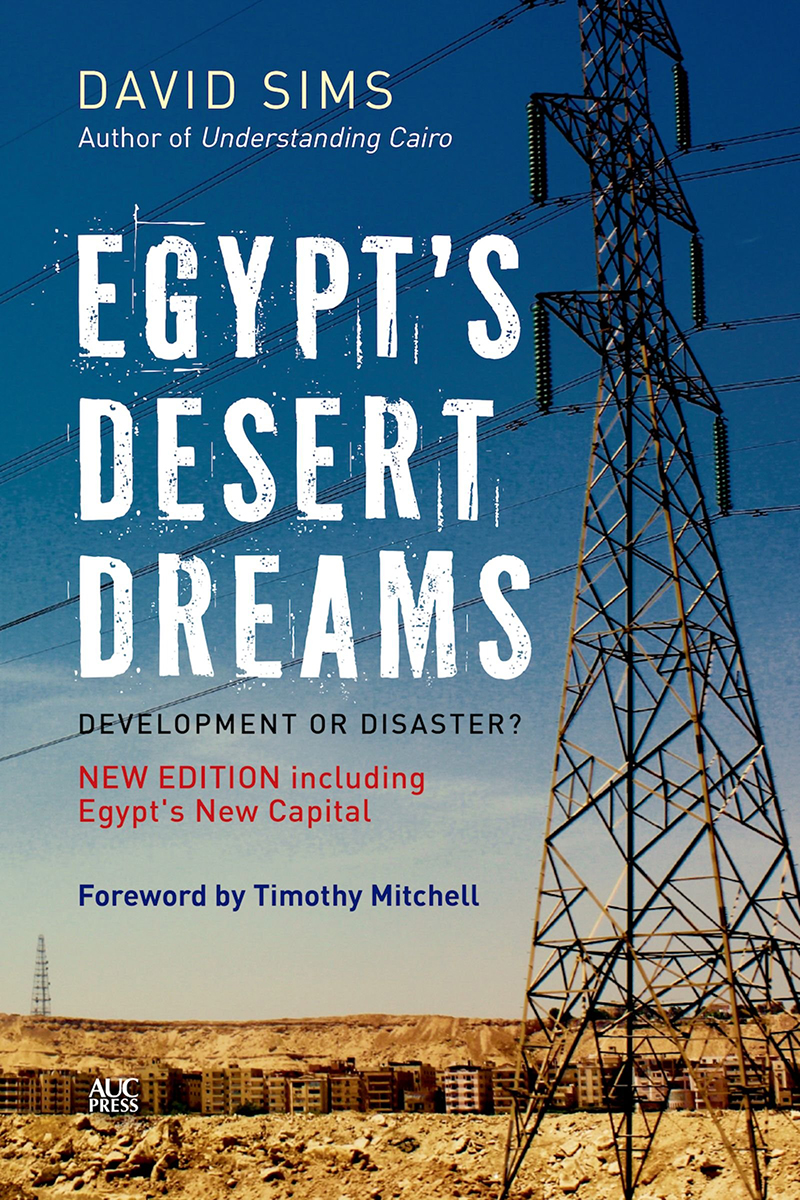 PUBLISHER'S DESCRIPTION:
Egypt has placed its hopes on developing its vast and empty deserts as the ultimate solution to the country’s problems. New cities, new farms, new industrial zones, new tourism resorts, and new development corridors, all have been promoted for over half a century to create a modern Egypt and to pull tens of millions of people away from the increasingly crowded Nile Valley into the desert hinterland. The results, in spite of colossal expenditures and ever-grander government pronouncements, have been meager at best, and today Egypt’s desert is littered with stalled schemes, abandoned projects, and forlorn dreams. It also remains stubbornly uninhabited.
Egypt’s Desert Dreams is the first attempt of its kind to look at Egypt’s desert development in its entirety. It recounts the failures of governmental schemes, analyzes why they have failed, and exposes the main winners of Egypt’s desert projects, as well as the underlying narratives and political necessities behind it, even in the post-revolutionary era.
This fully updated paperback edition addresses the latest projects as well as the discourses relating to Egypt’s desert development since the publication of the hardcover edition nearly four years ago, particularly the scheme to built a gigantic new capital east of Cairo.
David Sims is an economist and urban planner who has been based in Egypt since 1974. He is the author of Understanding Cairo: The Logic of a City out of Control and Egypt’s Desert Dreams: Development or Disaster?
REFERRAL LINKS:

dDAB COMMENTARY:
A couple days ago, in my review of Cairo since 1900, I mentioned going to a conference in 2019 that involved spending the bulk of its three days in New Cairo, a new town in the desert twenty miles east of Tahrir Square. Field trips were offered on one day of the conference, and I chose one that went through Old Cairo and to the Pyramids of Giza. My next choice would have been the bus tour devoted to the new towns spread out even farther into the desert between Cairo and Suez. Egypt's Deputy Minister of Housing gave a presentation on the 42 new towns built or under construction in the deserts around Cairo, and while the planning behind them reeked as illogical and reactionary, I found them fascinating, just like I've long found American suburbs fascinating while also disagreeable.
One of those towns in his talk was the New Administrative Capital, under construction another twenty miles east of New Cairo. Planned for five million inhabitants, it is a 21st-century version of Brasilia or Chandigarh, but with the tallest building on the African continent at the center of its tabula rasa site. Learning about the new capital during the conference prompted me to buy the paperback edition of David Sims' Egypt's Desert Dreams, which adds a lengthy preface devoted to the capital to the first edition hardcover from 2014. I dove right into the book after returning from Cairo, but circumstances derailed finishing it. Looking at Cairo since 1900 prompted me to dig into it again, focusing on the sections devoted to the actual building of new towns in the desert. These places are feats of — or perhaps delusions of — governmental and economic might but also impressive displays of infrastructure, architecture, and planning.
Sims' account of Egypt's desert cities is full of facts in words and images, the latter often consisting of aerial views pulled from Google Earth; this vantage point is fittingly best for capturing the shapes and sizes of these new settlements. (Just take a look at the Ministry of Defense's "Octagon" next to the new capital, a building complex surely meant to make the Pentagon in Washington, DC, pale in comparison.) But the book is also critical, with Sims seeing the efforts of building new cities — some of them have been built but many of them peter out — as a means of addressing the issues pervading the dense metropolis along the Nile River. Can't stop the informal housing sprouting up in Cairo? Build a new city and push the settlers into the desert. Sims is not as simple as this with his analysis, as he puts the new towns underway in 2014 into a deeper historical context while acknowledging the many factors (agriculture, land tenure, water, energy, etc.) that go into their conception, realization, and functioning. One thing is certain: most Egyptians will not follow the new towns, even if they're built, into the desert. But that doesn't mean Egypt will stop building them.
SPREADS: 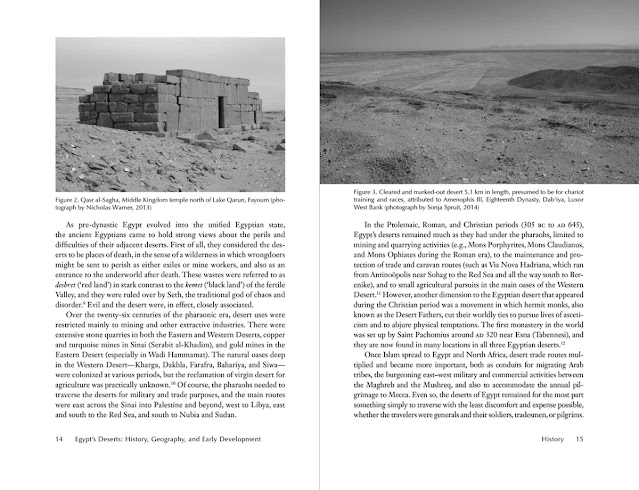 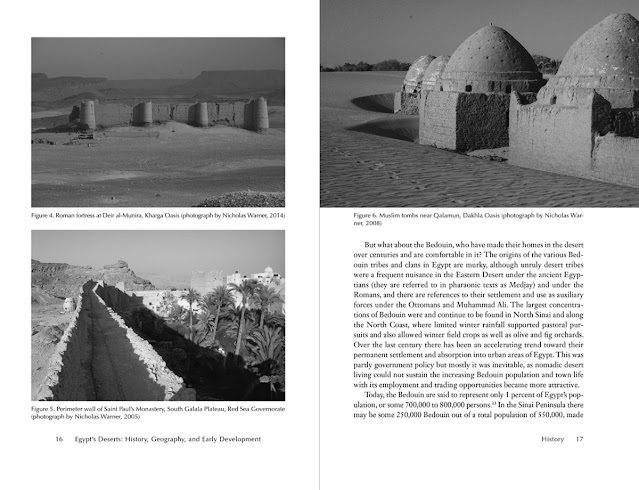 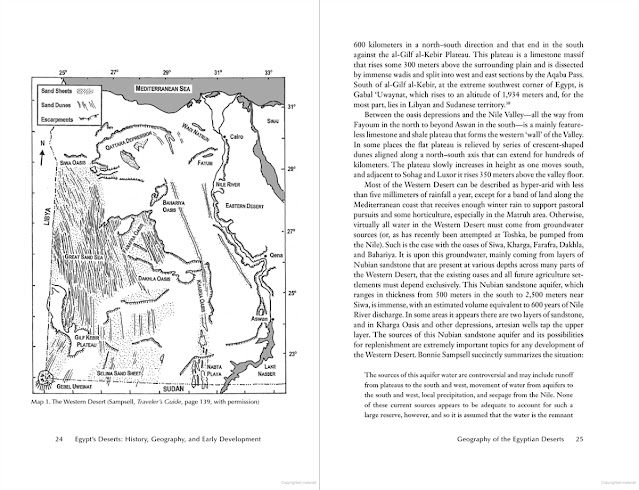