The World as an Architectural Project 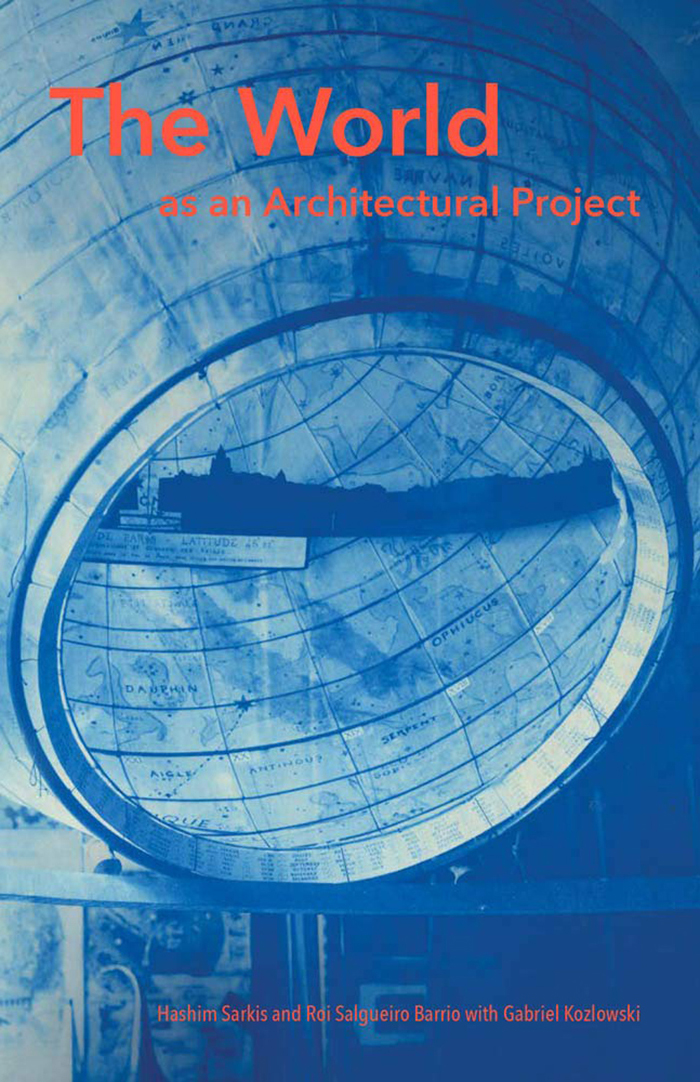 The World as an Architectural Project
Hashim Sarkis and Roi Salgueiro Barrio with Gabriel Kozlowski
The MIT Press, March 2020

Publisher's Description:
The world's growing vulnerability to planet-sized risks invites action on a global scale. The World as an Architectural Project shows how for more than a century architects have imagined the future of the planet through world-scale projects. With fifty speculative projects by Patrick Geddes, Alison and Peter Smithson, Kiyonori Kikutake, Saverio Muratori, Takis Zenetos, Sergio Bernardes, Juan Navarro Baldeweg, Luc Deleu, and many others, documented in text and images, this ambitious and wide-ranging book is the first compilation of its kind.
Interestingly, architects begin to address the world as a project long before the advent of contemporary globalism and its assorted anxieties. The Spanish urban theorist and entrepreneur Arturo Soria y Mata, for example, in 1882 envisions a system that connects the entire planet in a linear urban network. In 1927, Buckminster Fuller's “World Town Plan—4D Tower” proposes to solve global housing problems with mobile structures delivered and installed by a Zeppelin. And Joyce Hsiang and Bimal Mendis visualize the conditions of a worldwide “City of Seven Billion” in a 2015–2019 project. Rather than indulging the cliché of the megalomaniac architect, this volume presents a discipline reflecting on its own responsibilities.
Hashim Sarkis is Dean of the School of Architecture and Planning at MIT and principal architect in HashimSarkis Studios, based in Cambridge, Massachusetts, and Beirut. He is Curator of the 2020 Venice Architectural Biennale. Roi Salgueiro Barrio, an architect and urbanist, is an instructor at the MIT School of Architecture and Planning. Gabriel Kozlowski, an architect and curator, is a Research Associate at the MIT School of Architecture and Planning.
Referral Links:

dDAB Commentary:
In late January, Bjarke Ingels gave a lecture at Columbia GSAPP in which he presented some recent projects but then ended on something audacious: Masterplanet. Over the course of eight minutes, with the help of dozens of diagrams, the Danish architect talked about climate change, energy usage, and what is needed to give 10 billion people (the Earth should reach that number by 2050) the same quality of life as Singapore. One part of Masterplanet conceptualizes that power production around the globe is best handled in vertical slices that coincide with longitudinal zones, such that areas in sunlight or with tides send some energy to other parts of the globe. Energy, in other words, is shared, not hoarded or wasted. It is a logical approach that sets aside many realities, particularly social, economic, and political ones. It's also an approach that echoes R. Buckminster Fuller's proposal to create a global energy grid, something he saw as of primary importance more than a half-century ago. Needless to say, if Fuller's ambition was met by political leaders, it would be unlikely that Ingels would need to address energy usage as part of Masterplanet.
Perusing the fifty projects of world-making in The World as an Architectural Project, I couldn't help but think of BIG's ambitious Masterplanet. Although a bit delusional and hubristic — and not, it should be noted, one of the fifty projects in these pages — that project clearly has plenty of precedents in the world of architecture, as this book shows. Fuller is in The World, twice, as is Le Corbusier and other greats whose ambitions could not be appeased by individual buildings. Seen this way, Ingels' project illustrates his ambitions and those of the colleagues in his firm, but it can also be seen as an attempt to align himself with Fuller, Corbu, and the rest. Yet, if anyone is worried that BIG might convince some countries to take a whack at the cross-political proposals of Masterplanet, it will most surely meet the fate of the other speculative projects gathered in this book. Which is to say unrealized but potentially influential; for as some of the fifty projects in The World are touchstones for architects today, just as many are obscure and forgotten, at least to this architect and writer.
So flipping through this book and taking in the fifty projects ten pages at a time (five pages of text and five pages of images are provided for each) is something of a revelation. I was already familiar with Constant's New Babylon, Kiyonori Kikutake's Marine Cities, and Archigram's Dream City, among others, but I must plead ignorance on Sergio Bernardes' World in the Cybernetics Era, Alan Boutwell and Michael Mitchell's Continuous City, T.O.P. Office's Orban Space, and so many others. I can't be alone in this partial exposure during my education and career. Aiding this revelation is the deep research that is evident in the scholarly descriptions for each world-making project and the images accompanying them. Many of the images are published for the first time and they make the book a visual feast, as the examples below attest.
One more video comes to mind looking at The World: Hashim Sarkis's presentation from late February about the Venice Architecture Biennale he is curating. (Those words came before the Biennale was postponed until 2021 due to the coronavirus pandemic.) Sarkis literally spells out what the Biennale theme, How will we live together?, means and then explains the scales at which the participants will provide answers to that question: the body, the city, and the planet. I'll admit the last seemed like an anomaly when I listened to him speak in February, but it makes sense in concert with The World as an Architectural Project. The book — no doubt a long time coming and the product of others besides Sarkis — came out a couple months before the planned opening of the Biennale. Together they would have complemented each other greatly, but that connection is one of many affected by COVID-19. The exhibition and exhibition illustrate concerns that have preoccupied Sarkis for a long time; we'll have to wait for the exhibition, but the book is here now.
Images:
Email Post
Labels: mit press world wednesday