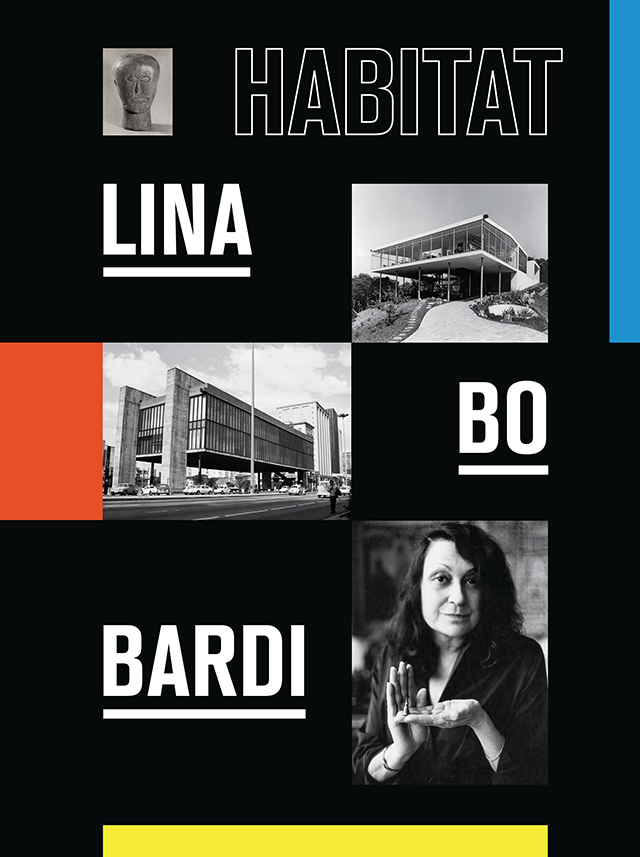 PUBLISHER'S DESCRIPTION:
Lina Bo Bardi is regarded as one of the most important architects in Brazil’s history. Beginning her career as a Modernist architect in Rome, Bo Bardi and her husband emigrated to Brazil following the end of WWII. Bo Bardi quickly resumed her practice in her adopted homeland with architecture that was both modern and firmly rooted in the culture of Brazil. In 1951 she designed “Casa de Vidro” (“Glass House”), her first built work, where she and her husband would live for the rest of their lives. She also designed the Museu de Arte de São Paulo (São Paulo Art Museum), a landmark of Latin American modernist architecture which opened in 1968. It was for this museum she created the iconic glass easel display system, which remains radical to date. This book presents a comprehensive record of Bo Bardi’s overarching approach to art and architecture and shows how her exhibition designs, curatorial projects, and writing informed her spatial designs. Essays on Bo Bardi’s life and work accompany archival material such as design sketches and writings by the artist, giving new insight into the conceptual and material processes behind this radical thinker and creator’s projects.
With contributions from Luis M. Castaneda, Beatriz Colomina, Esther da Costa Meyer, Guilherme Giufrida, Jane Hall, Denis Joelson, Vanessa Mendes, Antonio Risério, Mark Wigley, Guilherme Wisnik.
José Esparza Chong Cuy is Executive Director and Chief Curator of the Storefront for Art and Architecture, New York, and former Pamela Alper Associate Curator, Museum of
Contemporary Art Chicago. Julieta González is Artistic Director of Museo Jumex, Mexico City. Adriano Pedrosa is Artistic Director of Museu de Arte de São Paulo Assis Chateaubriand (MASP), São Paulo. Tomás Toledo is Chief Curator of MASP, São Paulo.
REFERRAL LINKS:

dDAB COMMENTARY:
When writing at Designers & Books about Zeuler R.M. de A. Lima's 2013 book on Lino Bo Bardi — an excellent book that importantly introduced her career to many people outside of Brazil, myself included — I attributed her relative obscurity with Oscar Niemeyer and other Brazilian architects to her being "more than just an architect; she wrote, taught, edited and laid out magazines, curated and designed exhibitions, and created some of the most beautiful chairs of the last 60 years." Furthermore, she did not have a signature style like Niemeyer, so her oeuvre was harder to package and disseminate to a wider audience. Nevertheless, exposure of her life and output have increased in the years since that book, with at least a half-dozen titles devoted to Bardi published since then.
One of these recent books is Lina Bo Bardi: Habitat, a companion to the traveling exhibition of the same name that was jointly organized by Museu de Arte de São Paulo (MASP), Museum of Contemporary Art Chicago, and Museuo Jumex in Mexico City. (Unfortunately, COVID-19 affected the exhibition, including its cancellation in Chicago.) The book takes its name from Habitat: Revista das Artes no Brasil, the magazine, first published in 1951, that Bardi edited. Published from 1951 to 1965, it was the magazine of MASP, the museum she designed and that was directed by her husband, Pietro Maria Bardi. The book starts with 30 pages of Habitat: covers from its first 15 issues and contents of those issues she edited.
What follows are three sections organizing an enormous amount of information on Lina's diverse output. "Lina Bo Bardi's Output" includes a handful of her essays from Habitat, as well as four new scholarly essays, including Jane Hall's dissection of the magazine, in which she call it "a political tool ... [for challenging] broader social relations with the intention of making the bourgeoisie the principal agent of their own decline." The second section, "Rethinking the Museum," presents a wealth of images of MASP and other museums she designed, while also delving into the curatorial projects and exhibitions she designed, the majority at MASP.  The last section, "From Glass House to Hut," documents the famous house she designed for her and her husband when they moved from Italy to Brazil in 1946. Alongside it are a few other houses as well as "convivial spaces" such as SESC Pompeia — her other masterpiece alongside MASP — theaters and set designs, and four decades of furniture designs.
The ambitious book, no doubt reflecting the ambitions of the international show, is an amazing document that captures the multifarious nature of Bardi's career. Beyond the many drawings and photographs of her designs that span from small objects to large complexes, the texts from Habitat reveal her critical mind, which she levied at the establishment in Brazil, with the aim of influencing young designers and the public at large. Habitat the magazine can therefore be seen as a link between her ideas on architecture, art, politics, society, and so forth, and her output as a designer. In turn, Habitat the book and exhibition catalog makes this link explicit. It presents enough material on Bardi to keep fans of her work busy for days — and entice others into understanding and appreciating her diverse career.
SPREADS: 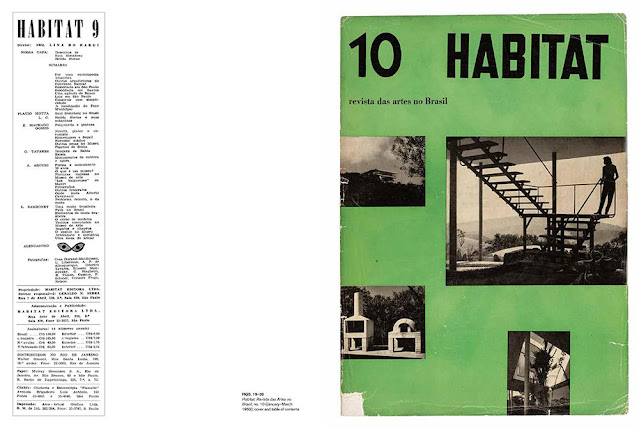 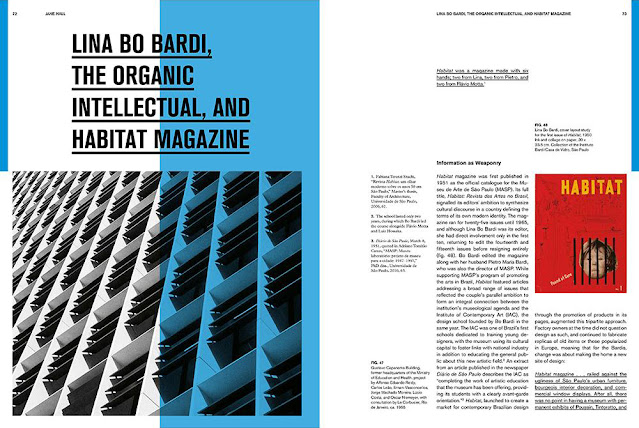 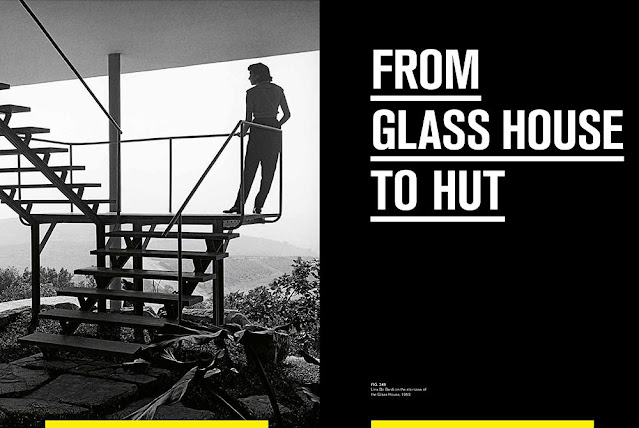 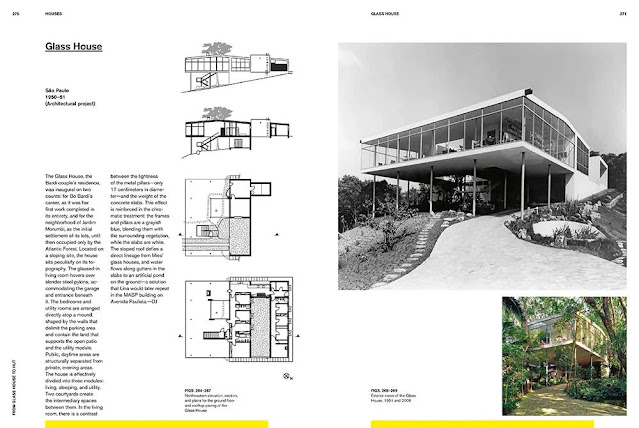