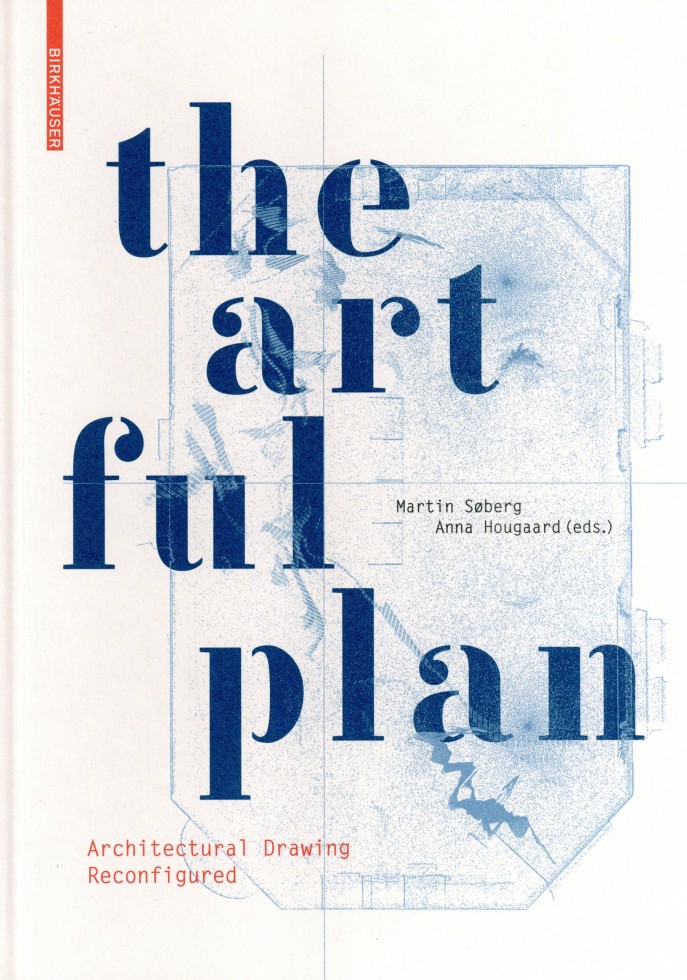 PUBLISHER'S DESCRIPTION:
The Artful Plan explores the potentials of architectural drawing at a turning point where digitization is setting drawing free from its conventional function of conveying technical information. What can architectural drawing be today? What new options does it offer for creativity in design? Which new ways does it open for including knowledge and methods from the arts, academic research and current architectural practice?
The Artful Plan lays out the theory and practice of alternative innovation in architectural drawing in three parts: reconfiguring the conventional drawing; drawing responding to the influence of the digital; and the expanded field of drawing today. The contributions comprise many high-quality drawings that are in themselves stunning examples of Artful Plans.
Ass. Prof. Martin Søberg, Anna Hougaard, PhD, Royal Danish Academy of Fine Arts School of Architecture, Copenhagen.
REFERRAL LINKS:

dDAB COMMENTARY:
In November 2017, the The Royal Danish Academy of Fine Arts' Schools of Architecture, Design and Conservation hosted the three-day conference Drawing Millions of Plans. The Artful Plan, edited by Anna Hougaard and Martin Søberg, is the outcome of the conference they organized. Keynotes were given by Martino Tattara of Dogma and KU Leuven and Penelope Haralambidou of The Bartlett. In between were presentations by participants asked "to investigate and discuss contemporary architectural drawing and, in particular, the drawn plan."
Essays by Tattara and Haralambidou are among the 24 included in The Artful Plan, though they are not given any special prominence paralleling that of the conference. The fact the conference was a starting point for the book is played down dramatically; Drawing Millions of Plans is mentioned in the preface, but the only other places I found reference to it were a footnote in the introduction to part three and, fittingly, in Rachel Hurst's "A Million Hours of Plans," which has some layered drawings that remind me of the cover of the Floor Plan Manual Housing. I take this downplaying to mean that the editors and publisher want the book to stand alone, to be a definitive statement on the transition in architectural education and practice from orthogonal drawings to the diversity of representation afforded by digital tools.
The 24 contributions in The Artful Plan are separated into three chapters of eight essays each: "The Conventional Plan, Its Formation and Reconfiguration," "Point Clouds, Chance Operations, and the Disappearance of the Plan," and "The Plan and the Expanded Field of Architectural Drawing." To give a sense of these three parts, here's a brief description of one essay from each. "The Project of Mapping" expands upon Tattara's keynote and is found in part one. He explores the use of urban mapping in architectural education, including such examples as Aldo Rossi's map of Zurich done with students from ETH Zurich in 1973. (I was pleased to learn about this project here.) Part two delves into the digital. There, Natalie P. Koerner analyzes Diller + Scofidio's Blur Building (2002) and Christian Kerez's Incidental Space from the 2016 Venice Architecture Biennale; these projects — a "cloud" and a cloud-like lump — required departures from traditional plan drawings for conceptualization and realization. Last is Haralambidou's keynote in book form, "The Veiled Matrix of Architectural Drawing," found in part three.  She looks to an artwork by Marcel Duchamp and a film by Alain Resnais — more specifically, her representations of those media pulled from beyond architecture — to analyze "how geometry conditions our gaze," in the words of the editors.
Pervading the book, both in specific references and in spirit, is Robin Evans, who wrote at length and in depth greater than anyone about drawings. Put simply, he questioned conventions of representation, just like the contributors to Drawing Millions of Plans and The Artful Plan do. Architects with an interest in Evans's influential writings will find plenty of rewarding material in the latter.
SPREADS: 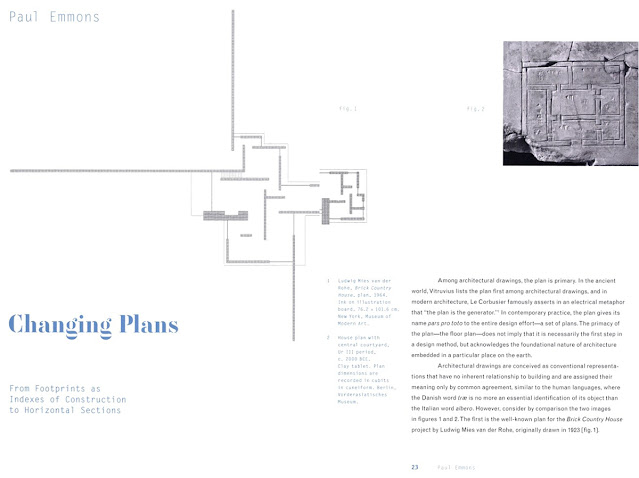 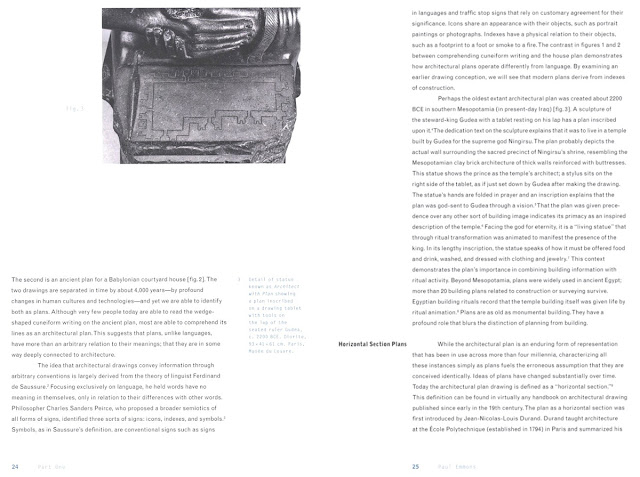 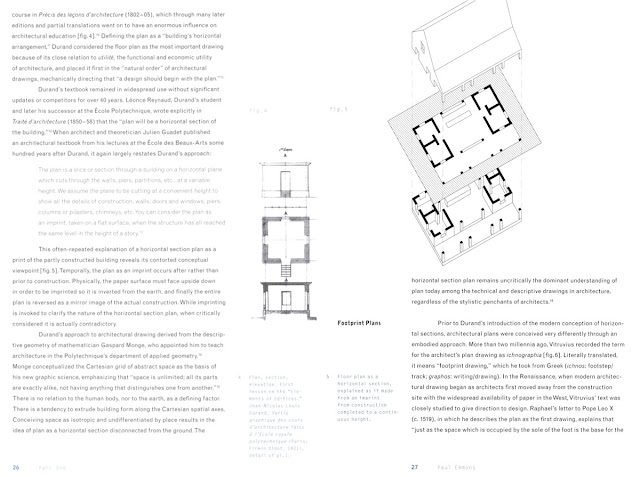 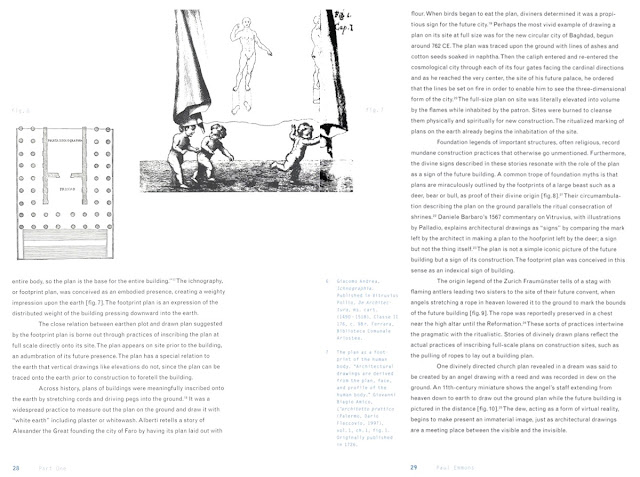