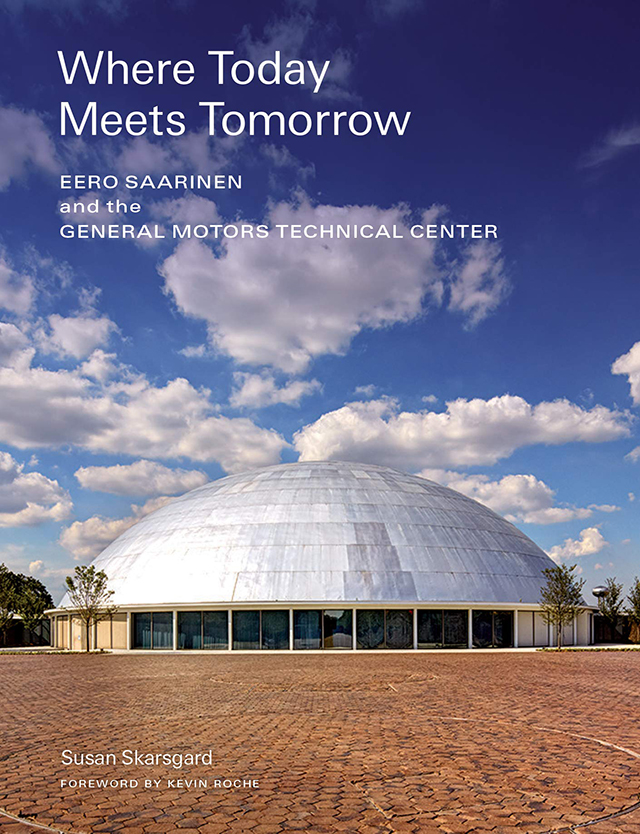 PUBLISHER'S DESCRIPTION:
Long before Microsoft or Apple occupied their legendary corporate campuses, there was the General Motors Technical Center in Warren, Michigan. Completed in 1956 and designated a National Historic Landmark in 2014, this icon of midcentury design was celebrated modern architect Eero Saarinen's (1910-1961) first major commission completed independent of his father, Eliel Saarinen, and its story offers a unique perspective on his work. Longtime GM designer Susan Skarsgard weaves a detailed insider's account of the early days of General Motors, the initiation of the technical center project under Eliel Saarinen, its design and construction under Eero Saarinen, and the enthusiastic acclaim the campus received upon its opening. Many leading lights of midcentury modernism were involved in the project as design consultants or artists, including Harry Bertoia, Alexander Girard, Florence Knoll, and Alexander Calder. This lavishly illustrated account is a unique document of a landmark project, presented in photographs and architectural drawings, interviews, documents, and ephemera, many never before seen.
Susan Skarsgard is the founder of the GM Design Archive & Special Collections. She is known internationally for her art, artist's books, calligraphy, and commercial design work. She lives in Ann Arbor, Michigan.
REFERRAL LINKS:

dDAB COMMENTARY:
Aline B. Saarinen, Louchheim at the time, met Eero Saarinen, in 1953, when she visited Bloomfield Hills, Michigan, to write a portrait of the famous architect for the New York Times. The first paragraph of the piece, "Now Saarinen the Son," mentions how much Eero "has been internationally praised for the design of the $100,000,000 General Motors Technical Center outside Detroit, the most important post-war industrial assignment in America." In personal correspondence after her visit, Aline wrote to him, as quoted in an insightful piece by Alexandra Lange about their relationship, "The General Motors job was all and more than anyone had written about it: really a twentieth century monument..." In other words, she was smitten with the man and his architecture. He was married at the time and she was recently divorced, but she became Eero's partner in life and in business, promoting his visionary architecture to the world and ensuring, with Kevin Roche and John Dinkeloo, Eero's buildings were faithfully completed after his untimely death in 1961 at the age of 51.
I'm not as familiar with the GM Technical Center as I am with other Saarinen buildings, such as the Gateway Arch and the TWA Flight Center. Perhaps this is why I tend to associate the relationship between Aline and Eero with the GM project, even though it only plays a marginal role in their courtship. It's so marginal — and probably too much of a distraction given the adultery — that it is nowhere to be found in Susan Skarsgard's thorough history of the GM Technical Center. That's hardly an issue, though, given the great amount of detail Skarsgard, founder of the GM Design Archive & Special Collections, presents on the sprawling 25-building complex that opened in 1956, was designated a National Historic Landmark in 2014, and is still home to General Motors' design and engineering departments (it's now called the GM Global Technical Center).
With Skarsgard's role at GM, in which she accumulated documents over the course of twelve years, the history presented is very much from the client side. But given her experience as a designer (she was hired as a designer before becoming the archivist), the book is also focused on the design of the buildings and their "interspaces," a term used for a title of one of the eight chapters. Roughly the first half of the book documents the projects history, while the second half presents it through primarily photographs, most archival but some of them taken in the last decade, showing the care GM has lavished on its famous complex over the years. Fans of Saarinen will cherish this book, as will automotive buffs and those with a penchant for corporate modernism, which reached its suburban apotheosis in Warren, Michigan, about 65 years ago.
SPREADS: 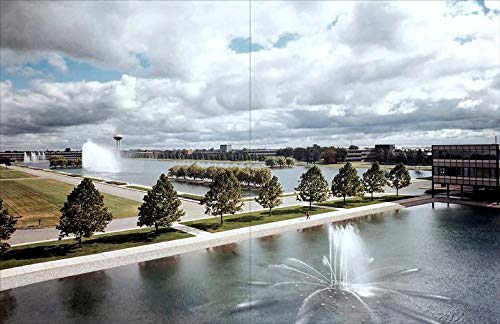 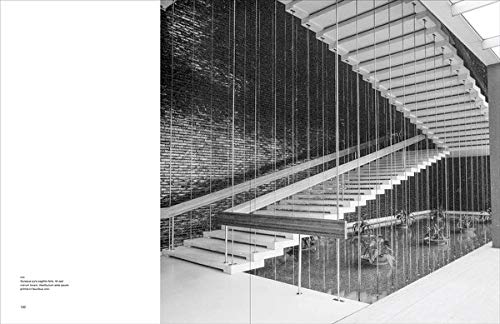 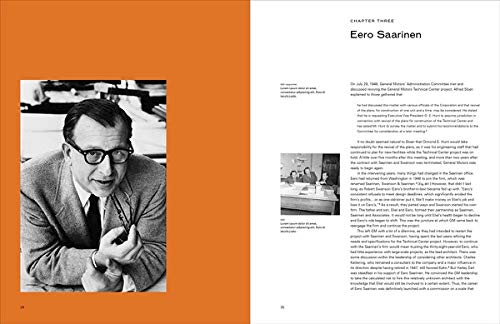 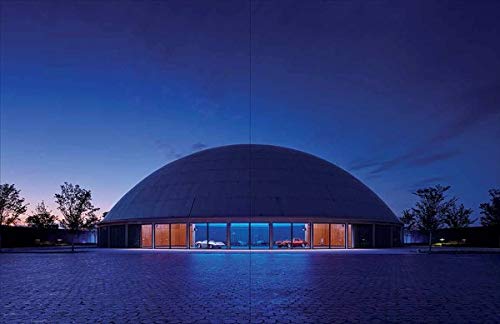