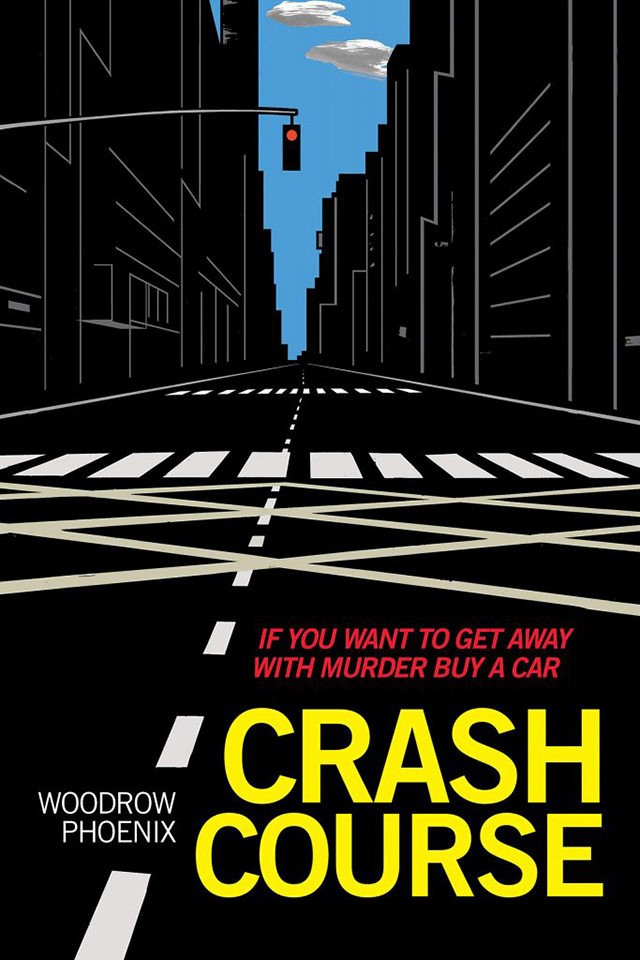 Crash Course: If You Want To Get Away With Murder Buy A Car
Woodrow Phoenix
Street Noise Books, August 2020

PUBLISHER'S DESCRIPTION:
A work of graphic nonfiction exploring the powerful, often toxic relationship between people and cars.
Using the comic book format, this book vehemently dispels the notion that traffic accidents are inevitable and/or acceptable on any level, insisting that drivers own their responsibility, and consider the consequences of careless and dangerous behavior. It also addresses such timely issues as the use of cars as weapons of mass murder in places like Charlottesville, VA.
Woodrow Phoenix grew up in South London after his parents emigrated from Guyana. He is the author of Plastic Culture: How Japanese Toys Conquered the World.
REFERRAL LINKS:

dDAB COMMENTARY:
Since graduating from college twenty-odd years ago, I've lived in two of the few cities in the United States where someone can live without owning a car: Chicago and New York. (San Francisco is arguably the only other city where it is possible.) My family and I have managed to remain car-free in both cities, even though both cities make concessions to automobiles in ways that makes owning and using them a benefit. In Chicago, for instance, new residential developments require parking that can sometimes exceed one space per unit. A couple of decades ago, when I was working at an architecture office downtown, this requirement seemed geared to luring suburbanites into the city, long a place just for work. But it led to an unfortunate glut of tower-and-podium buildings, with the setback apartment tower plonked on top of a parking garage with some retail frontage alongside the yawning entrances and exits for cars.
The lack of the same off-street parking requirement in New York, combined with the ridiculous alternate side parking system for on-street parking, would seem to discourage driving in the city I now call home, but there's no shortage of cars here. Plus, the aggressive nature of many drivers and the lack of adequate (safe) bike lanes has curtailed my attempts at adding bicycling to my mix of walking and public transit. Worst of all is the city's unwillingness to prosecute people who kill pedestrians and cyclists with their cars, outside of DUIs and some hit-and-run offenses. In my neighborhood just last month, a driver backed into a pedestrian, killing him, but the driver was not charged. And according to a New York Times analysis of city crash data in 2019, even though "drivers are responsible for most fatal crashes ... [they] rarely face serious charges when they kill someone."
New York City is clearly a place where, as Woodrow Phoenix would say, "if you want to get away with murder, buy a car." In Crash Course, his latest book of graphic journalism (it is an expansion of his 2009 book Rumble Strip), Phoenix recounts some harrowing stories of drivers killing people, in NYC and elsewhere. These include careless driving, the most common reason for traffic deaths, but also situations where cars were used as weapons of terror, and even instances when drivers were arrested or killed because of the color of their skin. So Crash Course is not just about inattentive drivers sideswiping bicyclists or turning right on red and hitting somebody crossing the street. It runs the gamut, mixing factual accounts with metaphors, ruminations, provocations, and personal stories, all aimed at enraging readers, most of which are not like me — they own cars.
Pervading the book is the disconnect between automobiles, metal boxes that now weigh on average around two tons, and people, which are relatively soft and so much lighter. Phoenix calls them, respectively, "spam in a can" and "naked spam." The disconnect, combined with the space given over to the use of cars and the way traffic engineering prioritizes the movement of cars over anything else, results in cars killing so many people every year, every day, every moment. Yet, even though this book is about those people — both types of spam — there are neither cars nor people illustrated in the book, outside of the outlines of some human figures. This approach puts the focus on the ridiculous amounts of pavement devoted to the conveyance and storage of cars. In Phoenix's hands these urban voids — streets, highways, parking lots — empty of even parked cars, become spaces of potential: of death and disaster. More optimistically, in light of the pause caused by the coronavirus pandemic, I like to see them as spaces of promise, of priorities shifting from cars to people, from speed to safety, and from flow to slow.
SPREADS: 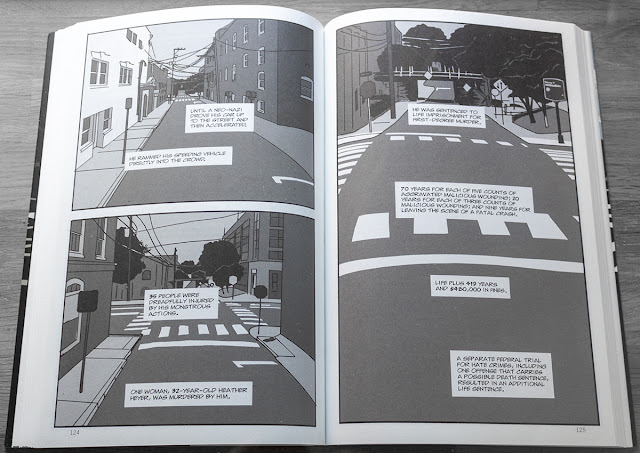 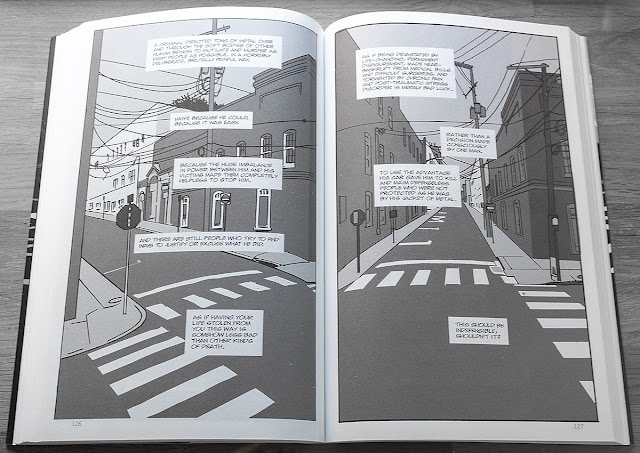 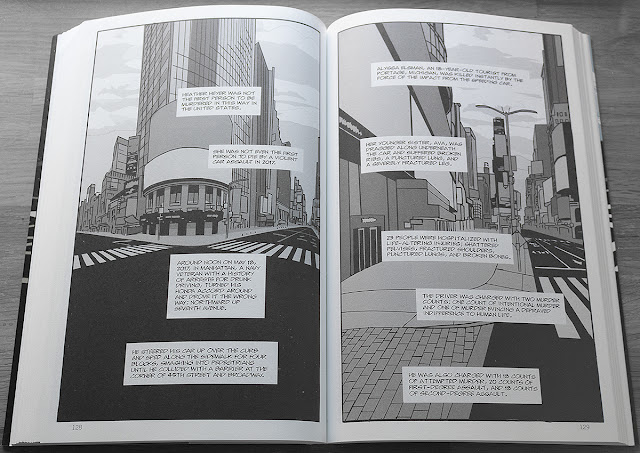