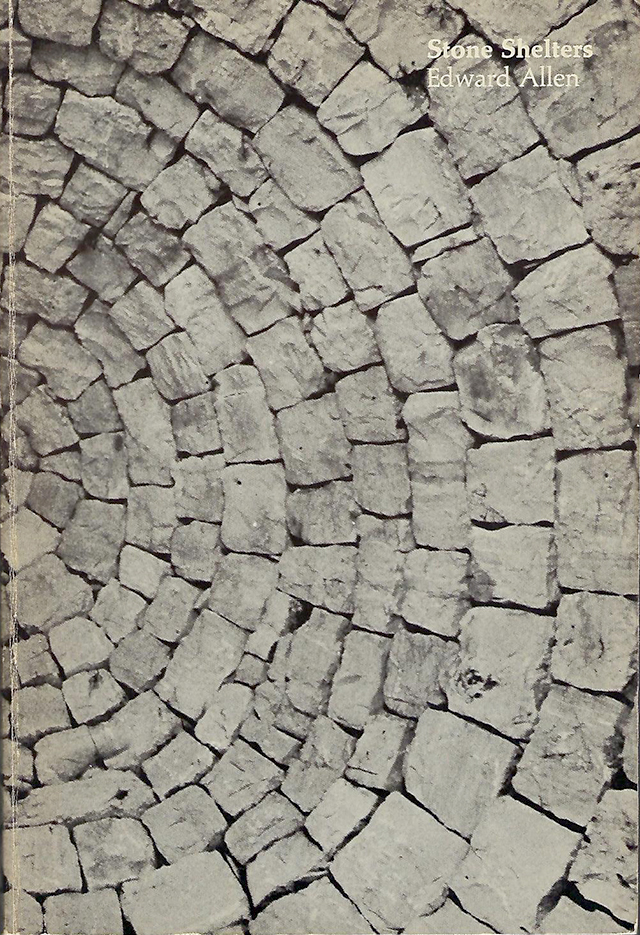 PUBLISHER'S DESCRIPTION:
Numerous photographs, scaled maps, and drawings trace the development of this vernacular architecture from the Stone Age to the present.
Professor Edward Allen was a faculty member in the MIT Department of Architecture from 1968 to 1983.
REFERRAL LINKS:

dDAB COMMENTARY:
Although it wasn't picked up in architectural journals until this week, longtime MIT professor Edward Allen died on July 7 at the age of 81. Allen was best known for authoring or co-authoring ten architecture books, most of them on the technical aspects of building materials and construction and geared to architecture students. I don't own any of these seminal books, such as Fundamentals of Building Construction, which is now in its seventh edition, but I do have a copy of his first book, Stone Shelters, which came out of a Fulbright research grant he received in 1966. With the grant he traveled to Italy and studied the traditional buildings of Massafra, Alberobello, and Cisternino, documenting them in photographs and producing drawings of the trulli and other stone structures populating the towns.
The semester I spent in Italy more than 25 years ago had a small Tuscan hilltown as its base but included trips to Rome, Venice, and other parts south and north. Unfortunately, the small remote towns of Allen's study were not part of our excursions; those towns were too remote, both geographically and in relevance to our studies. Since that semester, the more I've been subjected to images of the trulli, the more I wish I would found a way to travel there on my own. Maybe that will happen someday, but for now Allen's thorough study is a beautiful document that captures the everlasting appeal of the buildings that were added to the UNESCO World Heritage List three decades after Allen's travels. For me, the book also shows that these traditional structures can hold as much relevance to architecture students as the buildings of the Italian Renaissance.
Stone Shelters has six chapters, three of them devoted to each of the towns mentioned above. Before them are a couple chapters on the geography and history of the Murgia of the Trulli — the region where the towns are located — and a chapter on primitive constructions that predated the more famous structures. The last chapter briefly addresses preservation, while a couple appendices discuss Allen's drawings and photographs, and provide notes for the traveler, advice that no doubt has become obsolete over the decades since the book and since the UNESCO inclusion. Most famous now are the trulli of Alberobello, the subject of the fourth chapter and shown in some spreads below. Allen was described as "an inventive teacher with clarity of thinking," and those two traits come across strongly in the text and images of Stone Shelters.
SPREADS: 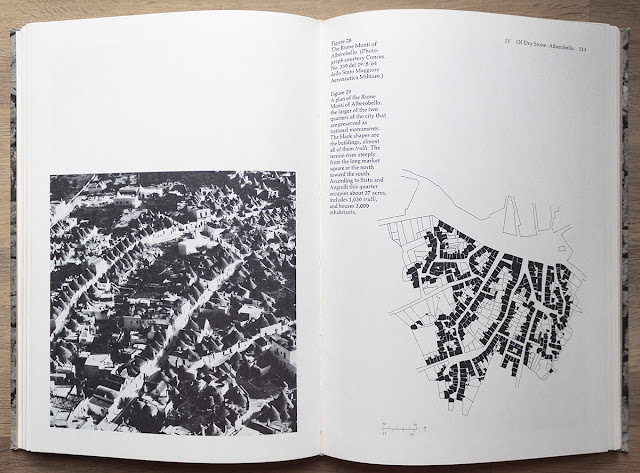 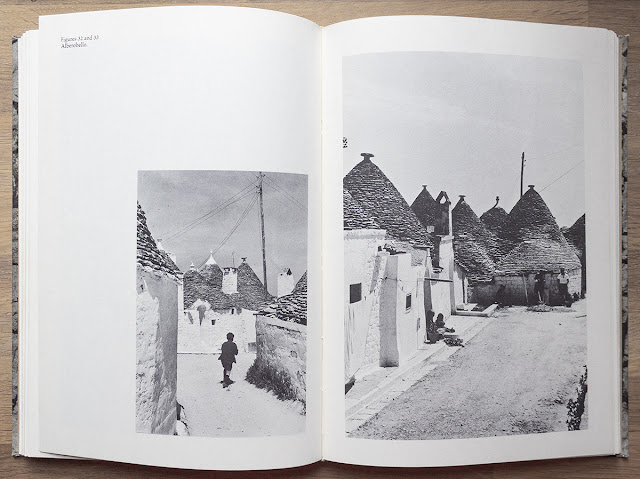 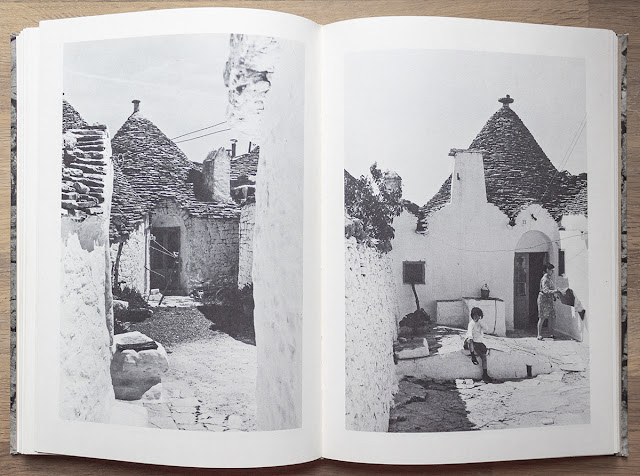 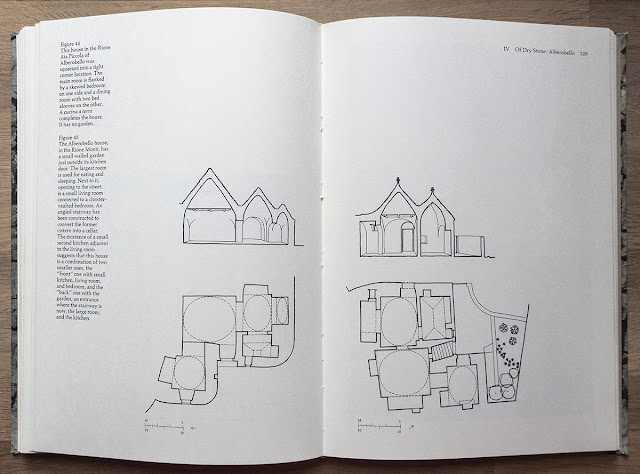