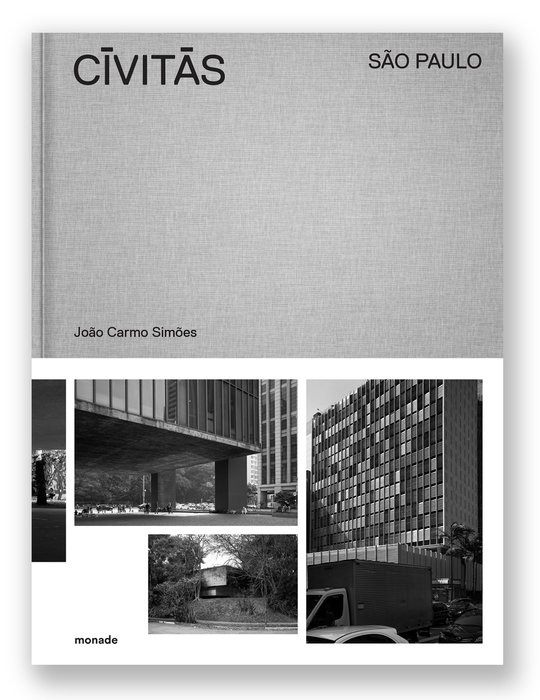 PUBLISHER'S DESCRIPTION:
This richly illustrated monograph explores the city-building aspirations of the Brazilian modern masters through their buildings in São Paulo. Works by Vilanova Artigas, Lina Bo Bardi, Salvador Candia, Rino Levi, Oscar Niemeyer and Paulo Mendes da Rocha were designed in response to the chaotic growth of one of the world’s largest metropolises.
CIVITAS brings together for the first time a unique collection of nineteen buildings, proposing a fresh take on them through new photographs especially taken for the book and graphic elements re-drawn by the author. Some of the works are today references in the urban public space, underlining the contemporary relevance of this architecture.
João Carmo Simões received the National Architecture Prize Secil Universities (2010). Following his studies, he works on key buildings of architects like Álvaro Siza or Paulo Mendes da Rocha, editing books and photographing.
REFERRAL LINKS:

dDAB COMMENTARY:
I've never been to São Paulo, but I'm still a big fan of many of the Brazilian city's buildings and architects. Of the seven buildings in Brazil in my book 100 Years, 100 Buildings, three of them are in São Paulo, three buildings I hope to see in person someday: Faculty of Architecture and Urbanism, University of São Paulo by Joao Batista Vilanova Artigas and Carlos Cascaldi; SESC Pompeia by Lino Bo Bardi; and Brazilian Museum of Sculpture (MuBE) by Paulo Mendes da Rocha. These three projects are also part of CIVITAS / São Paulo, which features nineteen buildings completed in the city over the course of a half century, from 1951 to 2002.
Although the book of photographs and drawings by architect João Carmo Simões starts with a page defining the term civitas — "...a place of politics; polis. A sense of community established through a common bond to a place..." — the book presents a variety of building types, including single-family houses, which can be understood in some contexts as the antithesis of civitas. Lina Bo Bardi's Casa de Vidro and Mendes da Rocha's Casa Butantã, Casa Masetti, and Casa Milan alongside public buildings by them and other Brazilian architects struck me as odd at first. But I'm guessing they serve to express "the spirit of a city," another aspect of civitas spelled out by Simões.
Other than the one-page definition of the title phrase, a two-page essay by Mendes da Rocha, and data and bios on the projects, the book is basically cover-to-cover presentations of the buildings, comprising 324 of the book's 354 pages. The format is consistent, with one page of text by the architects, a few pages of drawings by the author, and many pages of his own photographs. As explained at the back of the book, the descriptions and the drawings reflect the buildings when they were complete (reading about a 1950s project in first-person present-tense struck me as odd initially too), but the photographs bring them into the present.
Although the descriptions are candid at times and the drawings are consistently drawn and keyed (and are therefore easy to read and very helpful), CIVITAS / São Paulo is all about the photographs, particularly given the number of pages devoted to them. While there are very few people in any of the photos, I would describe them as documentary-style, being more interested in capturing the reality of a building rather than portraying it in its best light like most architectural photography. At the same time, the darks are very dark, which gives the photos something of an artistic bent that is fine outside (I like the intimacy and coolness conveyed by the darkness of the overhead planes at MuBE, Bo Bardi's MASP, and Niemeyer's Marquise do Ibirapuera) but unfortunate inside, where some spaces are hard to grasp. But perhaps Simões's photos, along with the selection of buildings, are meant to express "the spirit of a city," with a selection that leans toward modernism rendered in concrete and photos that capture the city's shadows as much as its architecture.
SPREADS: 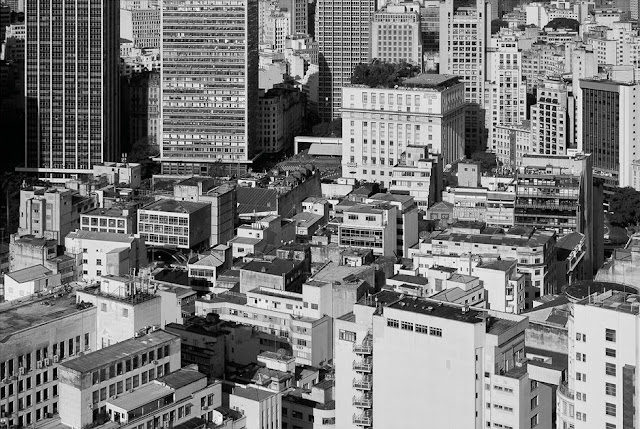 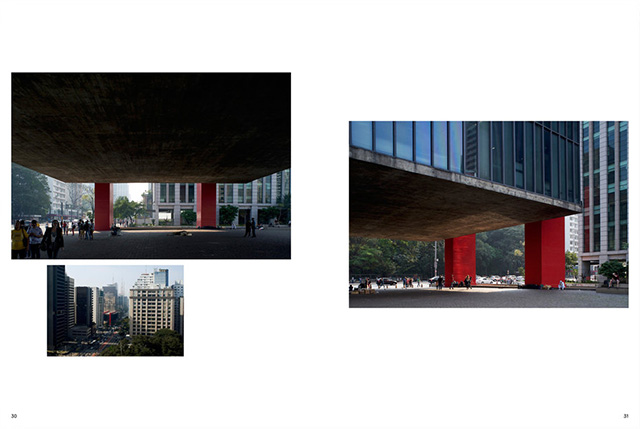 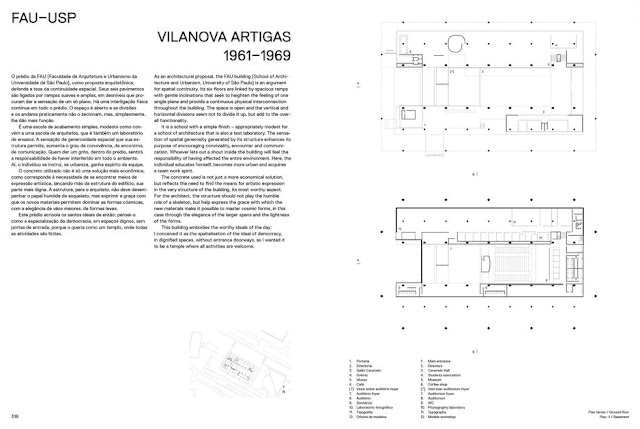 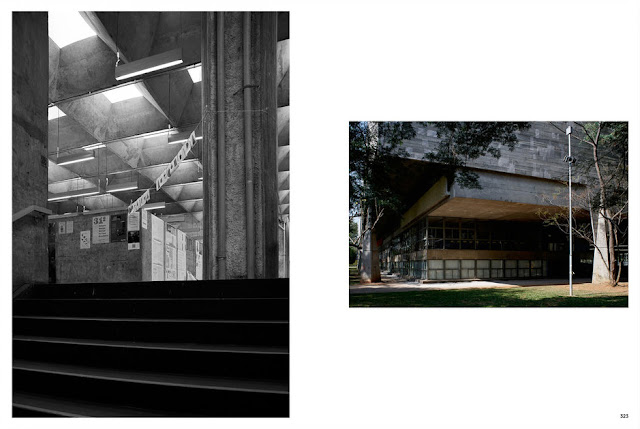 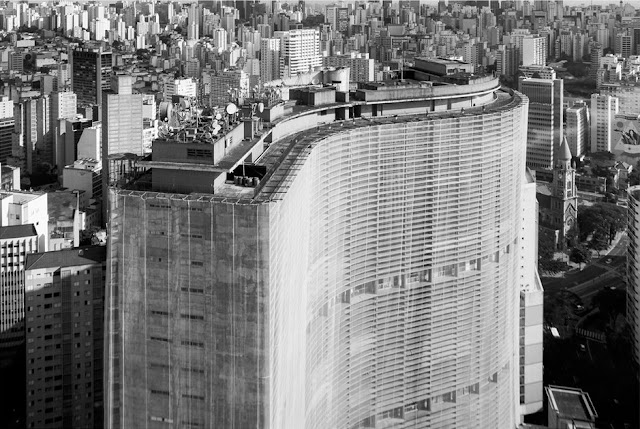