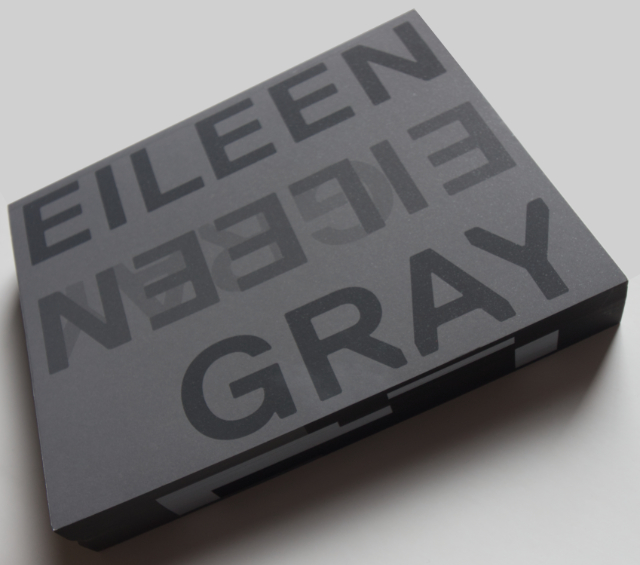 PUBLISHER'S DESCRIPTION:
Eileen Gray (1878–1976), an Irish architect-designer who worked primarily in France, was a pioneer in modern design and architecture and one of the few women to practice professionally in those fields before World War II.
Born in Ireland and educated in London, Gray proceeded to Paris where she opened a textile studio, studied the Japanese craft of lacquer that would become a primary technique in her design work, and owned and directed the influential gallery and store known as “Jean Désert.” Gray struggled for acceptance as a largely self-taught woman in male-dominated professions. Although she is now best known for her furniture, lighting, and carpets, she dedicated herself to many architectural and interior projects that were both personal and socially driven, including E 1027, the iconic modern house designed with Jean Badovici, as well as economical and demountable projects, such as the Camping Tent.
Essays in the exhibition catalogue are organized in three sections: “Beginnings,” which focuses on Gray’s early life and training; “Being a Designer,” which examines her career as a designer of furniture, rugs, and interiors; and “Being an Architect,” which responds to the prevailing question of whether Eileen Gray was an architect with a resounding “yes”. This section features more than 44 catalogue entries on Gray’s architectural work organized by typology. It focuses on the diversity of Gray’s design practices and elaborates on the range of her architectural projects. Edited by Cloé Pitiot and Nina Stritzler-Levine, the volume contains contributions by the editors, as well as by Renaud Barrès, Caroline Constant, Philippe Garner, Jennifer Goff, Anne Jacquin, Fréderic Migayrou, and Ruth Starr. It also features more than 200 illustrations, including reproductions of the archival materials presented in the exhibition, extensive texts on Gray’s design work, previously unpublished architectural drawings, a chronology documenting the key moments of Gray’s life and career, critical encounters, and her worldwide travels.
Cloé Pitiot is curator of Art Nouveau, Art Deco, and contemporary design at the Musée des Arts Décoratifs, Paris. Nina Stritzler-Levine is director of the gallery and curatorial affairs at the Bard Graduate Center, New York.
REFERRAL LINKS:

dDAB COMMENTARY:
During the symposium "Eileen Gray: New Research and Methodologies" that took place at Bard Graduate Center on February 28 and coincided with the opening of the Eileen Gray exhibition in BGC's Upper West Side gallery, designer Irma Boom said that working on the catalog to the exhibition nearly killed her. More accurately, it was working on Eileen Gray alongside Countryside, A Report and the catalog to MoMA's show on Neri Oxman — three New York City exhibitions that opened this spring and had their schedules maligned by the coronavirus pandemic — that nearly killed her. Certainly the timing of three major books did not help her workload and sanity, but I'd wager that the way Boom puts so much originality and novelty into the design and organizations of her book projects that just about any one of them would have the same near-death result. Ever seen Elements of Architecture? Its size alone, not to mention the reams of text and images that went into making it so big, would make other designers keel over even before starting.
Hyperbole aside, what is most commendable about Boom's book designs is the way their originality and novelty strike a balance with the content; rather than overpowering the words and images, or doing the opposite and disappearing entirely, the designs manage to amplify the qualities of the book's contents. As she explained in her symposium talk, the layout of the text in Eileen Gray is justified to create columns of text that interact with the images and the captions to create abstract shapes on the page, recalling the rugs and other things Gray designed. That abstraction extends to the outside of the book, though not necessarily the cover, which is comprised of just text in four shades of gray across a gray background; rather, the fore edges of the pages feature interlocking rectangles in shades of gray. Put another way, the book is an object inspired by Gray's designs when seen from the outside; inside, the designs are presented and discussed in a manner that elevates the modernist qualities of Gray's furniture, buildings, and other interiors she executed over an 80-year period.
Recently I was able to see the Eileen Gray exhibition at BGC, writing about it for World-Architects. For those who can't see it during its short, fifteen-day run after reopening on October 13, the companion catalog is an excellent substitute. Like other exhibition catalogs, it contains images of the exhibition's contents as well as scholarly essays on its subject. The former goes well beyond what BGC could display in its small interior, an old townhouse just steps from Central Park, while the latter makes up roughly half the book and delves deeply into Gray's background and her roles as a designer of furnishings and an architect of interiors and buildings. The exhibition allows visitors to see some of those designs in the flesh (the lacquered screens and E-1027 furniture were a highlight for me), but the book aids in understanding Gray's life and the great diversity of her projects. Furthermore, considering that some of the most interesting designs are kinetic (e.g., the pivoting drawers of the dining room storage from two houses she designed), the book provides an assortment of views and configurations not possible in the exhibition.
Since this is a blog about architecture books, and since most architects most likely think of Gray as a furniture designer who executed one architectural work, albeit a masterpiece (E-1027), the catalog illuminates that she was as much an architect as a designer. The exhibition and book structure her life and output into "Being a Designer" and "Being an Architect," reflecting her movement over time toward architectural projects of larger scale. She designed cultural centers and other projects that responded to France's situation before and after World War II, but, alas, she only realized three buildings, all houses. Gray was self-trained, with a skill that comes across clearly in the book. (Her talent must have been what made Le Corbusier jealously deface the walls of E-1027.) BGC's Eileen Gray, which builds upon a 2013 Pompidou exhibition also curated by Cloé Pitiot, is a clear indication of Gray's increasing popularity this century — and a sign of things to come as new fans are made.
SPREADS: 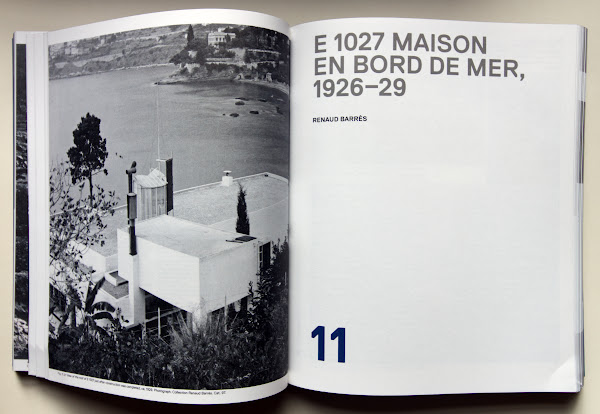 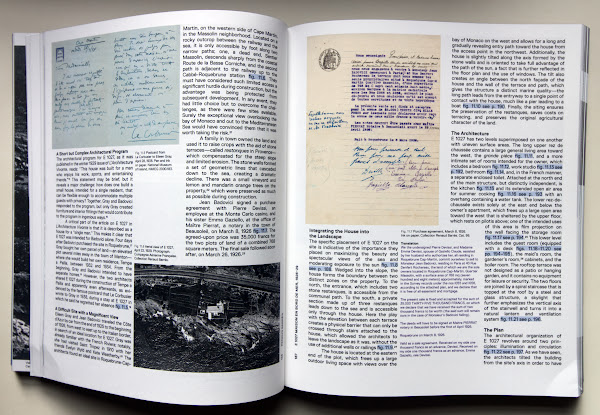 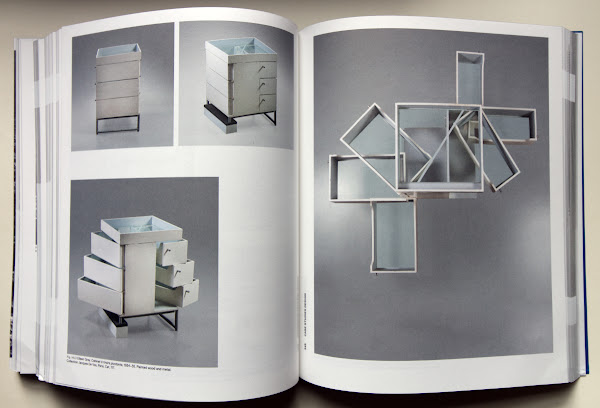 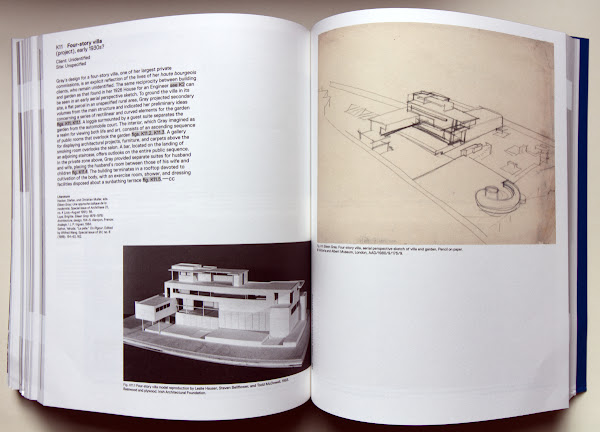