In Search of African American Space 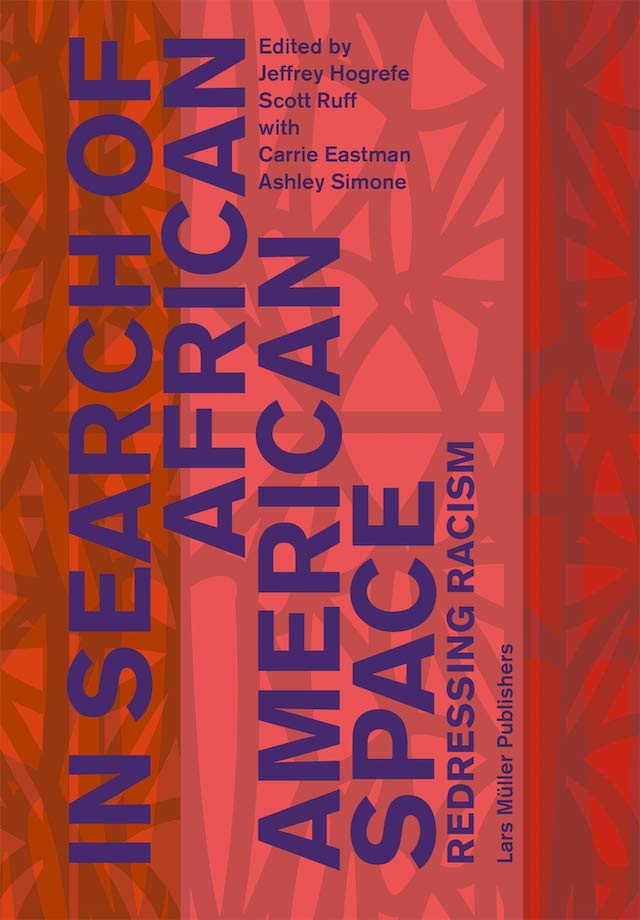 PUBLISHER'S DESCRIPTION:
If African American experience emerges from the structure of slavery, how does architecture relate to that experience? African Americans have claimed space in unexpected locations – often in opposition to architecture as a Eurocentric discipline that has served to regulate and exclude them. In Search of African American Space examines both historical record and personal and collective memory to uncover these instances. African American space can be creative and aspirational, taking the form of speech and performance that reflects its fleeting nature.
This anthology of essays from contemporary architects, historians and artists presents a broad range of knowledge and practices that evoke consciousness of this form of space making in the afterlife of slavery.
Jeffrey Hogrefe is an author, critic, and founding coordinator of the Writing Program at the Pratt Institute School of Architecture. Scott Ruff is a Visiting Associate Professor of Architecture at the Pratt Institute and the Tulane University School of Architecture.
REFERRAL LINKS:

dDAB COMMENTARY:
Three images immediately follow the table of contents at the beginning of In Search of African American Space: Thomas Clarkson's drawing of the Brookes slave ship, a photograph of a slave cabin in Alabama in the late 1930s, and Sid Grossman's photograph of a Harlem tenement stoop near the end of the same decade. Right after the last is Tina M. Campt's foreword, which defines African American space "in its simplest incarnation as environments that allow Black communities to thrive." Obviously that was not the case with the slave ship, which squeezed hundreds of people into the hold of a ship, treating them more as objects than individuals. Although the cabin was photographed 70 years after the Civil War, as part of Born in Slavery: Slave Narratives from the Federal Writers' Project, 1936-38, the ability to thrive then was stymied by policies that effectively limited freedom for Black people after the abolition of slavery. Only the street life of Harlem captured by Grossman appears to depict circumstances in which African Americans have shaped "spaces that refuse" in Campt's words, "[to] diminish, degrade, dehumanize, and destroy Black life."
But reality is much more complicated than these three photographs, whose placement sets the tone for the book's contributions. Eighty pages later, in his essay examining the National Museum of African American History and Culture (NMAAHC) and Thomas Jefferson's Monticello, Scott Ruff connects the trio of images in "a culture of separateness, a condition that began in the ship's hold, was sustained by slave plantation quarters, and continues in the 'urban slum/ghetto.'" Whereas Jefferson designed his Virginia plantation so enslaved people, including Sally Hemings, were out of sight, the location of the NMAAHC on the National Mall, just steps away from the Washington Monument as well as White House, gives a strong presence to the African American lives it celebrates. Yet given that the design by the firms of David Adjaye, Philip Freelon, and Max Bond is dramatically different than its neoclassical neighbors, Ruff asserts the museum perpetuates the "culture of separateness" of the hold, the plantation quarters, and the ghetto. Regardless, perhaps the museum's strongest feature is "the porch" that faces the Mall and was the setting of its 2016 dedication: it references "the historical and cultural uses of porches throughout the African Diaspora" but is also, to Ruff, "a foothold on the Mall for remembrance and redress."
I've yet to visit NMAAH in Washington, DC, but another essay in the book is dedicated to a place I have been, one of my favorite NYC projects from last decade (it's highlighted in my NYC Walks): Weeksville Heritage Center by Caples Jefferson Architects and landscape architect Elizabeth J. Kennedy. Founded in 1838 by formerly enslaved persons and freedmen, Weeksville was rediscovered in 1968 as part of a workshop spearheaded by Pratt Institute, where editors Ruff and Jeffrey Hogrefe happen to teach. Specifically, the group of four Hunterfly Road Houses were found, and it's these mid-19th-century wood-frame structures that the new landscape and building address: the former traces a pathway dating to the community's origins (it is depicted at macro scale in Wikipedia's map of Weeksville), while the latter simultaneously holds the corner of Brooklyn's present-day grid and relates to the historically minded landscape laid out by Kennedy. Weeksville Heritage Center marks one of the earliest African American spaces and creates a new one for the 21st century. Yet given that it sits in the midst of neighborhoods that are gentrifying and therefore displacing many Black residents, it's apparent the redress of racism — embodied here and in other accounts in the book — is a slow process, but one that is nevertheless urgent.
SPREADS: 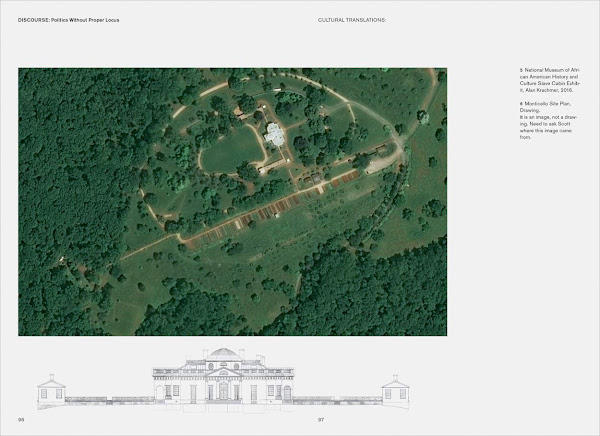 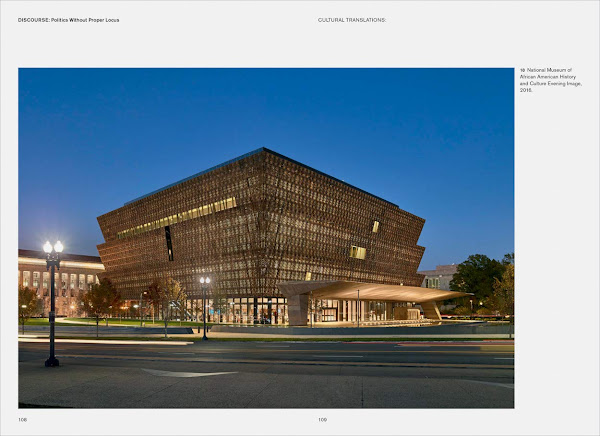 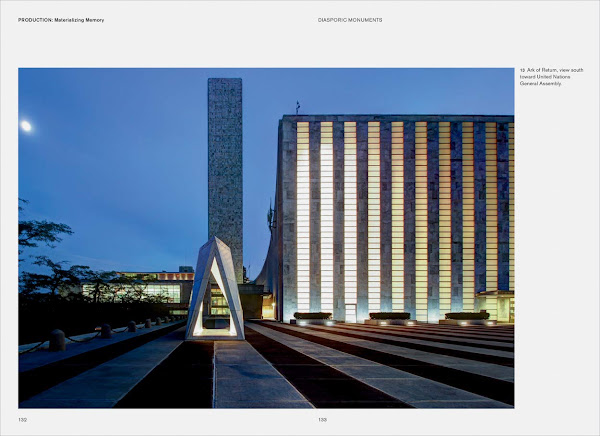 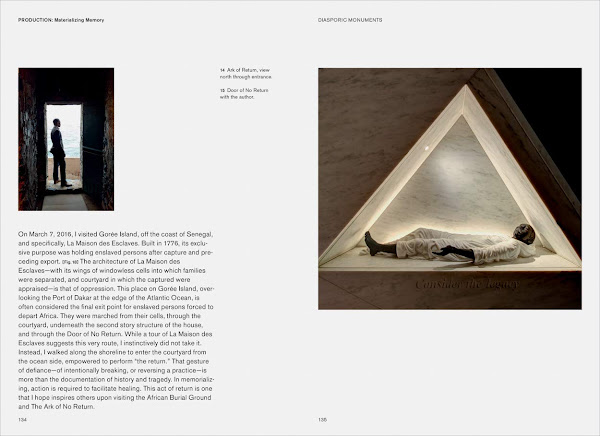