The Invention of Public Space 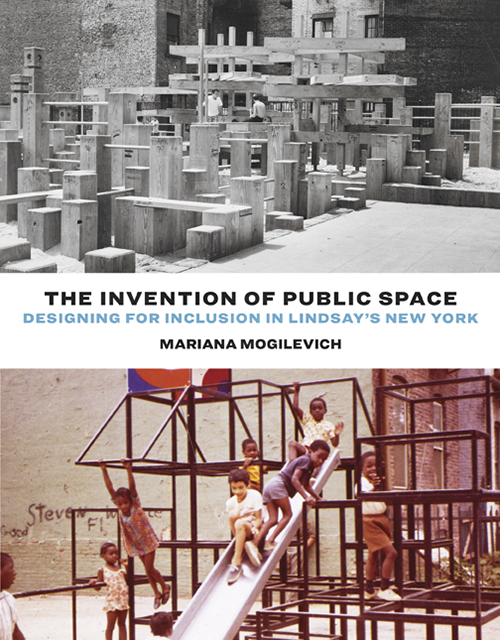 PUBLISHER'S DESCRIPTION:
As suburbanization, racial conflict, and the consequences of urban renewal threatened New York City with “urban crisis,” the administration of Mayor John V. Lindsay (1966–1973) experimented with a broad array of projects in open spaces to affirm the value of city life. Mariana Mogilevich provides a fascinating history of a watershed moment when designers, government administrators, and residents sought to remake the city in the image of a diverse, free, and democratic society.
New pedestrian malls, residential plazas, playgrounds in vacant lots, and parks on postindustrial waterfronts promised everyday spaces for play, social interaction, and participation in the life of the city. Whereas designers had long created urban spaces for a broad amorphous public, Mogilevich demonstrates how political pressures and the influence of the psychological sciences led them to a new conception of public space that included diverse publics and encouraged individual flourishing. Drawing on extensive archival research, site work, interviews, and the analysis of film and photographs, The Invention of Public Space considers familiar figures, such as William H. Whyte and Jane Jacobs, in a new light and foregrounds the important work of landscape architects Paul Friedberg and Lawrence Halprin and the architects of New York City’s Urban Design Group.
Mariana Mogilevich is a historian of architecture and urbanism and editor-in-chief of Urban Omnibus, the online publication of The Architectural League of New York.
REFERRAL LINKS:

dDAB COMMENTARY:
There's a famous photograph of John V. Lindsay taken on June 11, 1968, when the 6'4" Republican mayor walked through the Black neighborhood of Bedford-Stuyvesant, Brooklyn, holding the hand of a young boy. Some of the thousand words that can be applied to the photo now could concern the unlikeliness of a Republic mayor doing the same this century, or commend how seriously Lindsay addressed issues of race, but what I find most appealing is the fact it depicts Lindsay out in the city — in public space — rather than at City Hall, say, or Gracie Mansion. That walk was far from a one-off, though, as other images also found in The Invention of Public Space attest, including a photo of Lindsay and a dozen other folks riding bikes through Central Park and — my favorite — a hand-drawn map showing the route of the mayor's "walking tour" through Mott Haven, the Bronx, in July 1968.
Lindsay served as Mayor of New York City from 1966, when the city was facing numerous related crises (crime, pollution, segregation, ...), until 1973, on the cusp of its massive fiscal crisis. Lindsay used parks and other spaces as a means of addressing some of those crises, experimenting with how the open spaces were conceptualized, designed, and realized. So to boast that Lindsay "invented" public space is hardly hyperbole, but only if we consider a very particular definition of public space, which Mariana Mogilevich describes in the introduction to her excellent new book as "a broad category of urban space designed and maintained for the express purpose of democratic, inclusive sociability and the cultivation of individual freedom." New York lacked such spaces before Lindsay (Central Park was for recreation, for instance), and while the physical outcomes of those experiments have disappeared in the decades since his tenure, this idea of public space remains and is therefore important to explore in its nascency.
Following a chapter outlining "space and politics in Lindsay's New York," each chapter in The Invention of Public Space examines various types of public spaces: playgrounds, residential open spaces, vest-pocket parks, streets, and waterfronts. Uniting the experiments found in each are what Mogilevich calls "three principal and overlapping axes of concern" that were very much of that era: psychology, participation, and urban scale. So Fromm-inspired psychology informed the design of public spaces as well as determining how successful they were; vest-pocket parks placed on vacant infill lots, for example, were in some cases developed by communities in a DIY manner; and small spaces like them were balanced by large-scale plans at the other end of the spectrum, such as the Gateway National Recreation Area.
One project with special prominence in the book is Jacob Riis Plaza on the Lower East Side, designed by M. Paul Friedberg, dedicated in May 1966, and heralded in the local press and national architecture publications at the time. Consisting of a series of four outdoor "rooms," alternately for kids and older folks, the project embodied a "permissiveness" that was less prescriptive in terms of uses than previous open spaces. It led to a string of adventure playgrounds elsewhere in the city, but its demolition around the year 2000 signaled that such ideas were fleeting, replaced this century by the Bloomberg administration's creation of public spaces for particular uses and groups, mainly passive recreation for rich people living in the new residential buildings bordering them. Now, with #BLM in the streets and the coronavirus pandemic nudging people outdoors, the time is ripe for considering public space for "democratic, inclusive sociability and the cultivation of individual freedom."
SPREADS: 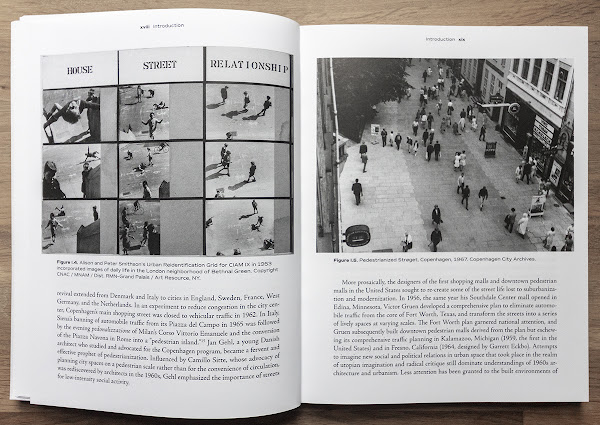 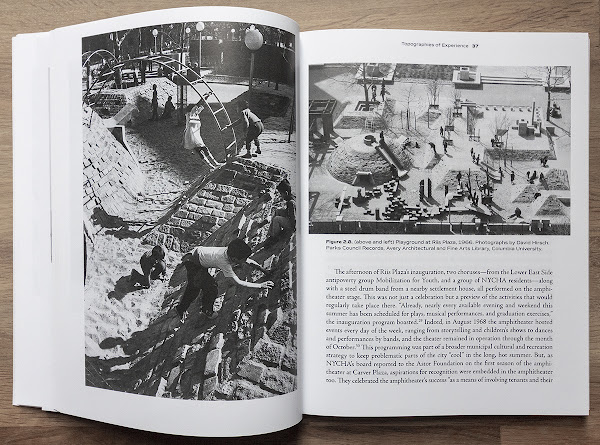 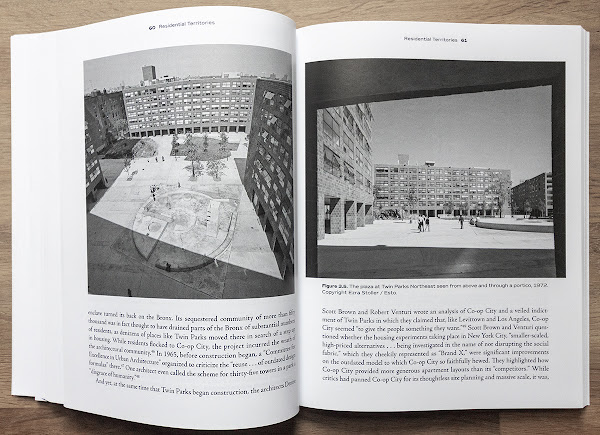 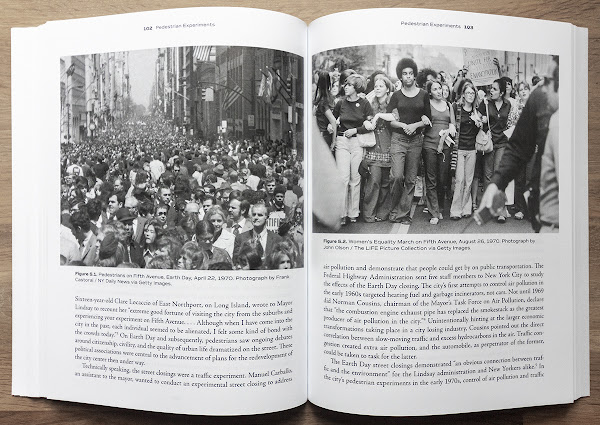