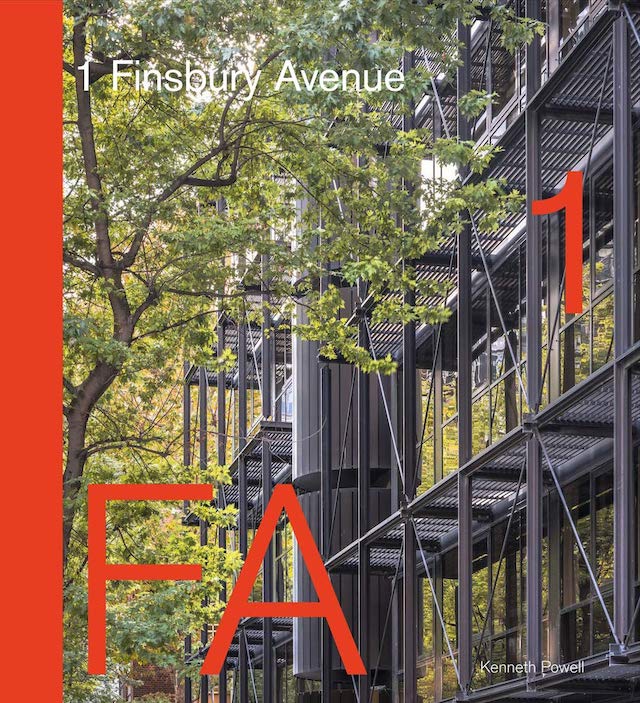 PUBLISHER'S DESCRIPTION:
Completed in 1984 by Arup Associates 1 Finsbury Avenue (1FA), the first section of the Broadgate masterplan, was widely acclaimed at the time and has since been listed as a Grade II building by Historic England. It was commonly acknowledged as having set the exemplar for future commercial architecture in the UK, introducing major innovations in construction methods and materials from the US and adopting a whole new approach to the design and planning of an office block.
1FA has recently undergone a prestigious mixed-use restoration by British Land, in liaison with Historic England, designed by award-winning architects Allford Hall Monaghan Morris. While retaining the distinctive listed facade and reintroducing the original plan's full-height interior atrium, AHMM have taken a similarly innovative and experimental approach to the complex, and in doing so, have set a new exemplar for the future of office design in the 21st Century.
This book sets the iconic building in its historic context, before detailing the story of its initial development, design and construction, its listing and the effect of this listing on a commercial property in terms of planning and adaptive re-use. It then critically examines the current, similarly innovative scheme and the reimagining of this late 20th-century landmark.
REFERRAL LINKS:

dDAB COMMENTARY:
Most of the building monographs — or book-length case studies — that I gravitate toward are architectural icons (Villa Savoye, Sendai Mediatheque), notable buildings I'm researching for other projects (Multihalle, Parc de la Villette), buildings by architects I love (Therme Vals, Walmer Yard), buildings I've been to and want to learn more about (TWA Flight Center, Castelvecchio), or, more likely, a combination of these characteristics. Yet every now and then I come across a case study of a building I know nothing about. Such is the case with 1 Finsbury Avenue, a City of London office building designed by Arup Associates in the 1980s, given a Grade II Heritage listing in 2015, and recently refurbished by AHMM.
1FA was built as part of the first phase of Broadgate, a large office development on the northern edge of the City of London. I was as unfamiliar with Broadgate as a whole as much as I was with 1FA, though the name of the development brought to mind what is most likely the development's most adventurous piece of architecture: SOM's Exchange House from 1990. The 10-story building was designed as "a building-bridge hybrid" expressed in structural arches across its north and south elevations. This hybrid condition was due to the building spanning the train tracks of Liverpool Street Station. Although it first opened in the 1870s, parts of the station were torn down in 1985 when British Rail reconfigured the station as part of its Broadgate development.
How Broadgate, what is now considered the largest pedestrianized neighborhood in London, grew on 32 acres around and above BR's tracks is a good chunk of the story told by Kenneth Powell. He devotes about 20 pages of the 128-page book to the railways and the planning battles over the adjacent Broad Street and Liverpool Street stations. Given that the former station is history and the latter station is now part of Broadgate, issues of preservation are an important part of the book, both in the creation of the development in the 1980s and the listing of 1FA five years ago. The latter was hardly a given, especially since the building's main tenant, UBS, moved out of the building and into a new building that involved the demolition of two other Broadgate buildings also designed by Arup.
As designed by Arup's Peter Foggo, 1FA's most characteristic features are the steel exoskeleton with diagonal bracing and the central atrium. The latter had to be maintained given the building's Grade II listing, but the interior renovation, in AHMM's "retain/reuse/recondition" approach, was more dramatic. Simply put, the old banking floors were stripped to their bare bones, the structure painted black and the services exposed: interiors more in keeping with the tech companies that would eventually move in. Powell explains the old and "new" building in a handful of chapters, aided by lots of archival and contemporary photographs, as well as floor plans and other drawings. The book is highly recommended for Londoners and architects interested in the preservation of late modern architecture.
SPREADS: 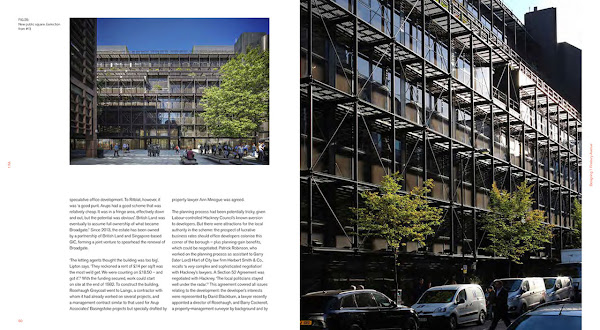 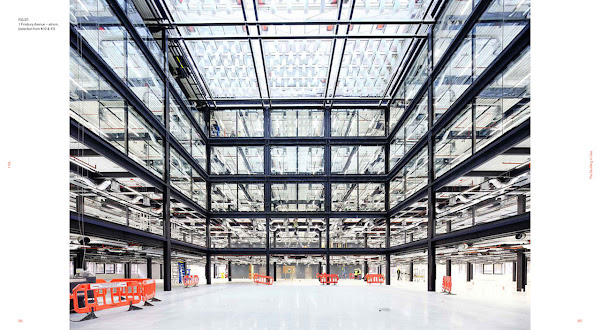 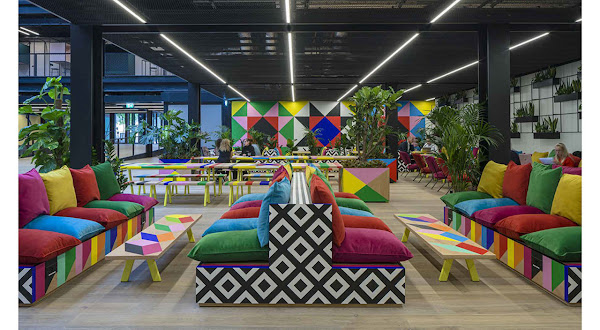