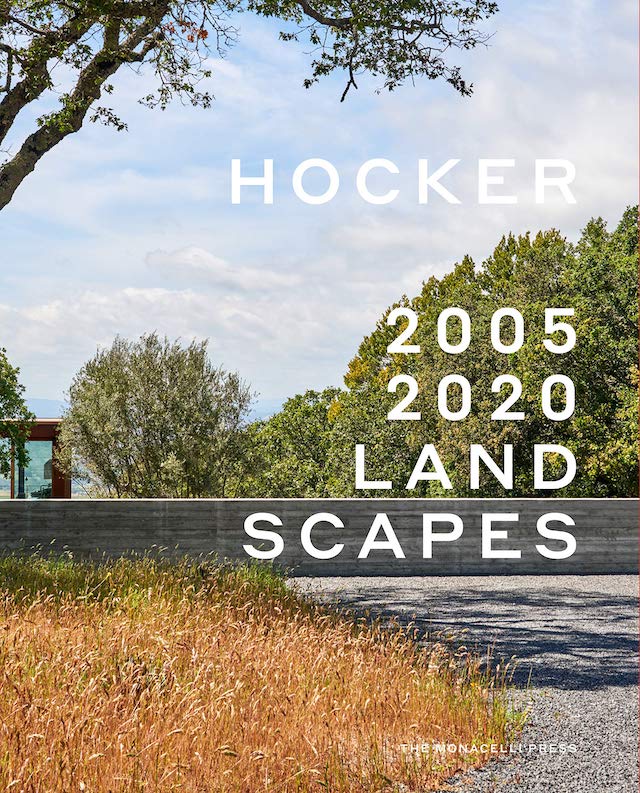 PUBLISHER'S DESCRIPTION:
This monograph is the first to present the work of the award-winning, Texas-based but internationally recognized landscape architecture studio Hocker. Founded in 2005 by David L. Hocker, the studio has over fifteen years of practice earned wide acclaim for projects that are meticulously detailed, evince a superlative understanding of materials, thoughtfully address environmental context, and promote an arrestingly contemporary aesthetic.
Hocker’s work, and the fifteen projects featured in the book, represent a range of typologies, from residential gardens to urban parks. Among them are landscapes for a weekend retreat in the Sonoma Hills (winner of the 2019 ASLA Award of Excellence), a former power station-turned-contemporary art center (winner of a 2016 ASLA Honor Award), the revitalized Dallas Museum of Art (winner of a 2017 ASLA Texas Chapter Merit Award), a historic synagogue, and a Cistercian abbey and preparatory school. Equipped with the knowledge necessary to confront complex environmental and programmatic challenges, Hocker nevertheless approaches each project with the ambition of creating spaces that are simple and restrained, but beautiful and engaging.
David Hocker is the president, founder, and lead designer of Hocker, a Dallas-based landscape architecture studio that approaches each project with a strong, hands-on methodology and a vast knowledge of horticulture. Helen Thompson is a nationally known writer whose areas of specialty are interior design, architecture, and food.
REFERRAL LINKS:

dDAB COMMENTARY:
Like many monographs these days, the first for the Dallas landscape firm headed by David Hocker has a thematic structure. Fifteen built projects are presented in groups of three, with five terms inserted between them: Material, Texture, Structure, Craft, and Layers. Each term is explained by David Hocker and followed by a few spreads with full-bleed b/w photos of relevance. With their gray images on different paper, these thematic pauses stand out between the color presentations of the projects, while they also give the book a rhythmic structure.
But the word that comes to my mind when looking at the projects by Hocker, which I had little familiarity before receiving the book, is something else: Wall. Although they are not present in all of the residential, institutional, and commercial projects in the book, the designs with prominent walls in the landscape stand out among the rest. For example, the first project — Cedar Creek, a residential project southeast of Dallas — features a 350-foot-long stone wall that extends from the Cor-ten steel entrance gate to within a few feet of the house that was designed by Wernerfield. The wall is split in a couple sections to allow movement from one side of the site to the other, and it aligns with the dock that extends into the lake beyond the house.
Stone walls are found in other projects, as are board-formed concrete walls and one house with a gabion wall filled, not with rocks, but with recycled blue glass slag. The latter was designed for a pool house designed by Dallas architect Gary Cunningham, who was involved with a third of the fifteen Hocker projects and also penned the foreword. In it he writes of "the idea that architecture and landscape must at least be considered equals." Hocker's addition of walls — architectural elements more than natural ones — does its part in achieving that, by visually extending the buildings into the landscape and organizing the exterior spaces in an ordered manner, much like this monograph.
SPREADS: 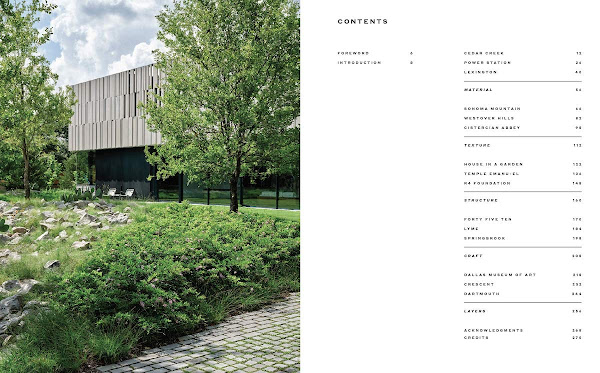 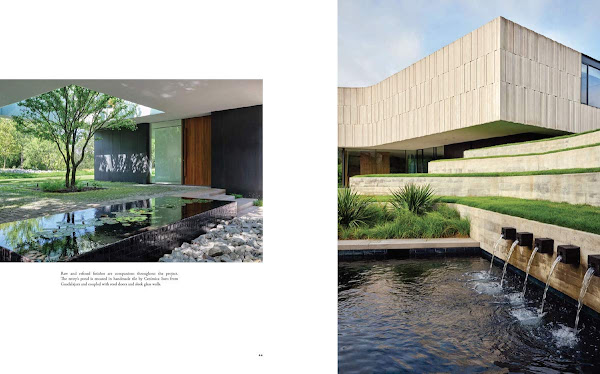 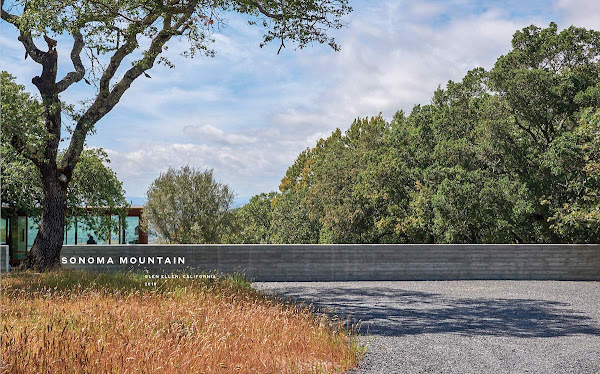