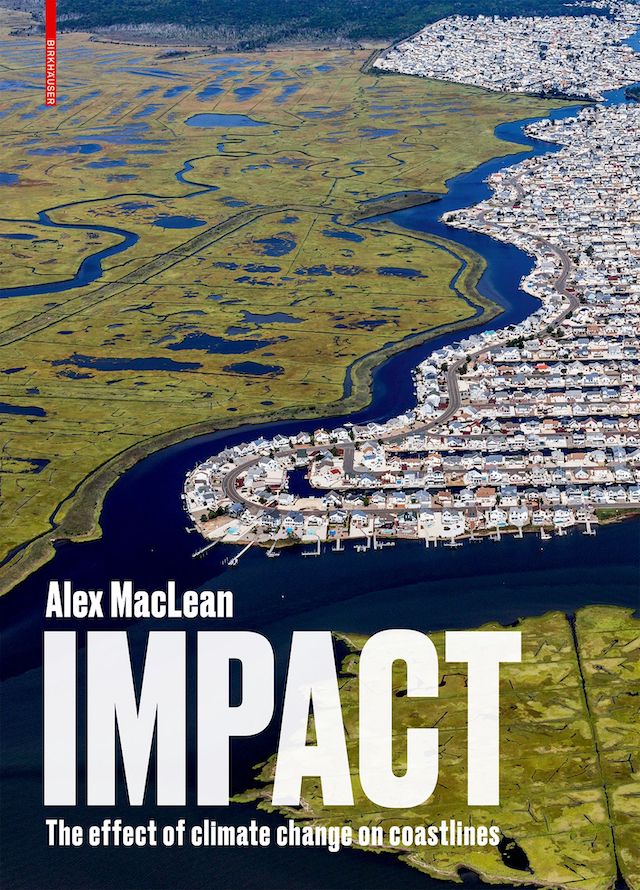 PUBLISHER'S DESCRIPTION:
The rise in sea level is a visible and remorseless indicator of global warming, the consequences of which can be experienced worldwide – in contrast to other effects of climate change that are not yet noticeable at a larger scale.
The book illustrates, in an impressive way, the ecological, commercial, and social impact associated with the rise in sea levels, taking the examples of the American East Coast and the Gulf of Mexico: the author has documented this region from his Cessna between 2005 and 2018 using large-format aerial photography. The pictures illustrate the different conditions of the areas documented at different times of the year, before and after major weather events, and thereby provide evidence of how dramatically the geography and landscape are altered due to climate change.
Alex MacLean, architect, photographer, and pilot; founder of Landslides Aerial Photography, Boston, MA, USA.
REFERRAL LINKS:

dDAB COMMENTARY:
On page 18, between Bill McKibben's foreword and Alex MacLean's introduction to his latest book of aerial photography, is a map of the Eastern Seaboard and Gulf Coast of the United States. From Maine in the northeast to Texas in the southwest, the states are outlined and labeled simply, with just white lines and text on a black background, and with the Atlantic Ocean and Gulf of Mexico in yellow. Colored lines are traced atop the states and bodies of water, each one representing the path of a major hurricane, from Katrina in August 2005 to Michael in October 2018. Stats list the category of each hurricane, its maximum wind speed, confirmed damage (in billions of dollars), and number of deaths.
This two-page map is a straightforward but provocative key to the 300 pages of aerial photos that follow, each one depicting a small part of the roughly 3,600 miles of coastline along the Atlantic Ocean and Gulf of Mexico. This coastline is seeing more frequent and stronger storms every year, but it is also seeing population growth that is faster than the country's rate of growth. As of 2016, around 60 million people lived in coastal counties in these states, many of them reckoning with the twelve named storms that made landfall in 2020: the highest number since 1916. Clearly, the situation and trend are dangerous and unsustainable, but stats and facts aren't always the most effective ways of changing how and where people live. Sometimes images work best.
Enter Alex MacLean, who has been flying small planes and photographing the built and natural landscapes of the United States for 45 years. He has already confronted unsustainable practice of land use in previous books, such as Over: The American Landscape at the Tipping Point, but with Impact he focuses squarely on the meandering and gauzy line between the United States and the bodies of salty water that are slowly rising due to climate change. Hundreds of photos are presented in six thematic chapters: Geography, Passion, Impact, Resistance, Threat, and Escape. Smaller maps at the start of each chapter label the places where MacLean photographed the aerials. A brief text also starts each chapter, but Impact is all about the photographs, each of which includes a caption that aids in adding environmental meaning to the beauty.
The power of aerial photography is clear every flip of the book. Depending on the height of MacLean's plane, he can capture a wide vista that shows, for example, how a large power plant relates to the ever-creeping coastline or how a coastal community is dependent upon a solitary bridge for access — and escape. These infrastructural vulnerabilities are echoed in closer views, be it in the Casino Pier in Seaside Heights, New Jersey, thrown into the Atlantic during Hurricane Sandy in 2012, or a motor boat lifted onto the patio of a home by the same storm. Although aerials rarely capture people, they almost certainly convey their impact on the natural world, be it in the places where they live and play or the massive infrastructure needed to move them in cars or power their buildings. Ideally, the book's arrival in the midst of the worst hurricane season on record will make people consider the warnings cloaked in MacLean's stunning images.
IMAGES: 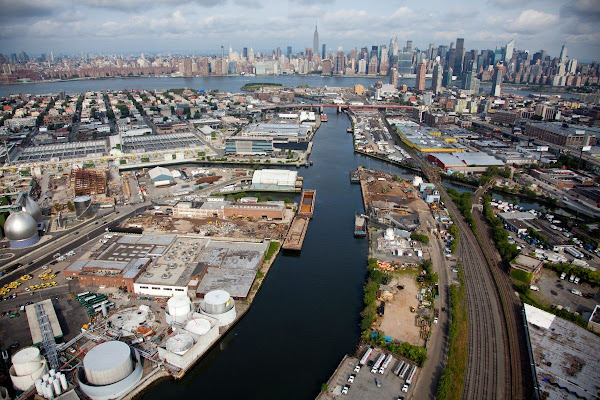 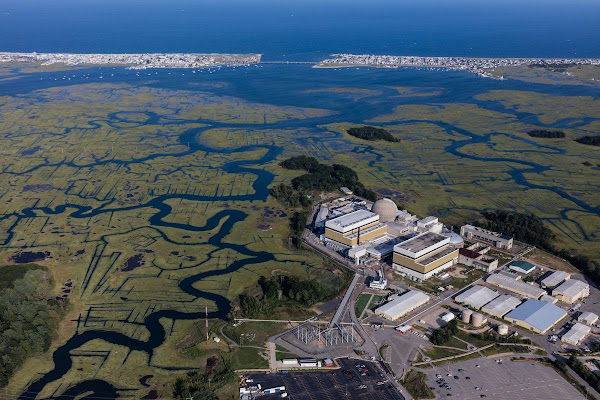 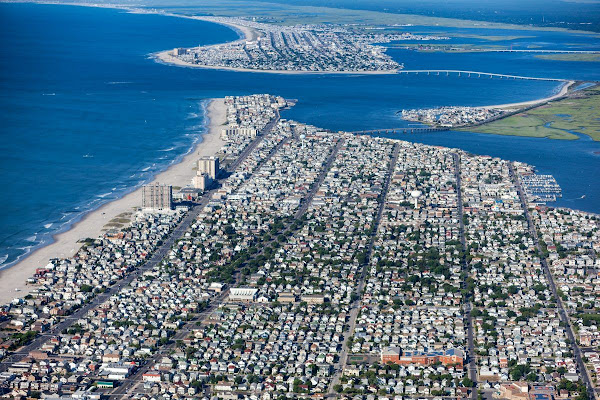 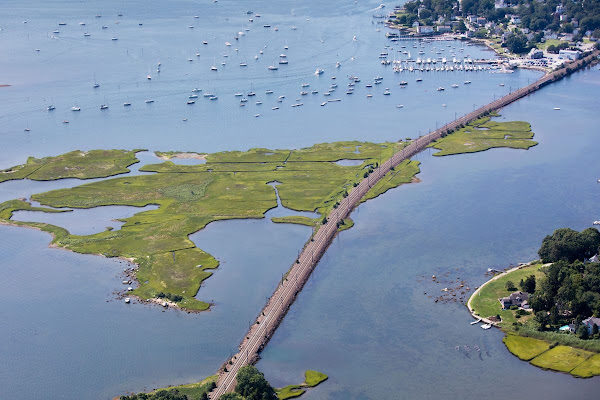 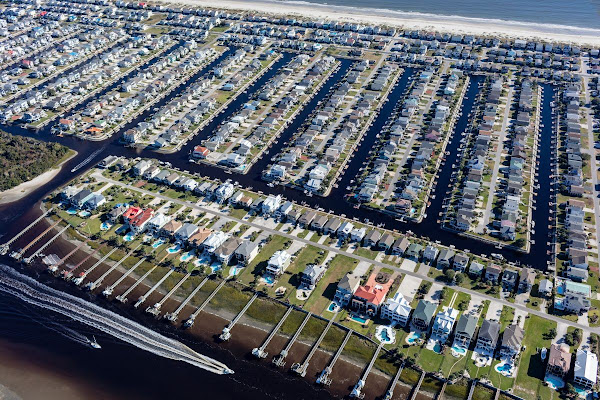