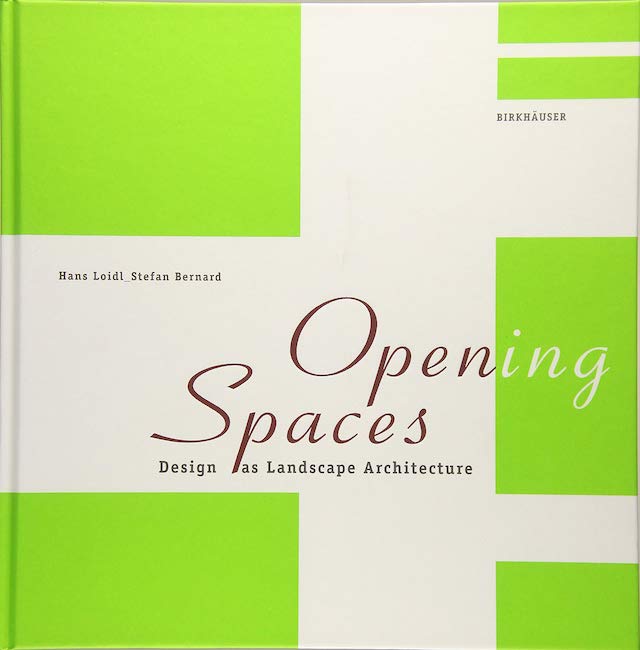 PUBLISHER'S DESCRIPTION:
“What does the landscape architect actually do as a design?” The authors investigate this seemingly simple question. What resources are available for designing open spaces? What part is played by conditions deriving from nature? How are locations and spaces created in the open air, how are paths routed and boundaries set, how are hard and soft materials used? Drawing on practical and theoretical experience, this introduction, often used as a textbook, reveals the central components of design and the intellectual paths followed in the design process.
“The book is not so much for reading but for doing. It plays with shapes, imagining how people feel in these shapes and seeing how shapes create a different experience of landscape. Vegetation can make the relief of a hill clearer, less clear, indistinct or hidden. The authors show this by sketches illustrating the text … As an example of the way Loidl and Bernard set their readers thinking for themselves, I quote what they regard as good design: ‘The paradox of a good design solution: more uniformity needs more variety.’Food for thought. Or read Open(ing) Spaces.” (Martin Woestenburg in 'scape, 2006)
Hans Loidl (1944-2015) studied in Vienna and Copenhagen; from 1982 professor of landscape architecture at Technische University Berlin; from 1984 landscape architecture studio in Berlin. Stefan Bernard (born 1969) studied in Venice, Vienna and Berlin; diploma under Professor Hans Loidl; from 2001 partner in the b+m+s Landschaftsarchitekten practice in Berlin; in 2001 established Stefan Bernard Landschaftsarchitekten.
REFERRAL LINKS:

dDAB COMMENTARY:
The 500 illustrations comprising the five-volume Landscape for Architects, which I reviewed a few days ago, reminded me immediately of an earlier book on landscape architecture also published by Birkhäuser. First published in German as Freiräumen, Open(ing) Spaces works similarly as a solid introduction to how landscape designers think and how they approach projects that shape nature. Whereas the just-published Landscape for Architects is heavy on precedents — some merely listed as starting points for readers, some explored through b/w illustrations and a series of questions — Open(ing) Spaces eschews built projects in favor of step-by-step diagrams that reveal the spatial thinking of landscape architects.
The first edition of Open(ing) Spaces was published in 2003, around the time landscape architect Hans Loidl stepped down from his eponymous office in Berlin. Little did I know, when buying the book around that time, that a severe stroke led Loidl to stop practicing, at not even 60 years old. Eleven years later, the book that Loidl wrote with Stefan Bernard, a former student who also designed the book, was reprinted. One year later, in 2015, Loidl died from another stroke. An obituary in Topos magazine explains that, instead of a textbook, Loidl was "interested in the idea of a 'toolbox' to be used by designers according to their own needs and desires," of which Open(ing) Spaces was the result. Beyond such landscapes as the award-winning Lustgarden in Berlin, Open(ing) Spaces defines Hans Loidl's legacy as a designer and educator.
[I wrote the below paragraph in a 2006 review of the book on this blog. I'm migrating it here, as it still summarizes my position on the book, now amended by the information in the above paragraphs.]
"What does the landscape architect actually do as a designer?" The authors tackle this question in this heavily illustrated and beautifully designed book. But do they answer the question? If one expects the authors to explain the day-to-day activities of professional landscape architects, there's only disappointment, but if the reader is instead looking for an explication of the relationship between basic, abstract design and the outdoor spaces we inhabit, this book delivers. The authors cover space, place, and path in one section and then they detail how these can be made good in the next section. These subjects are treated both broadly and specifically, though this book does not try to be completely exhaustive or prescriptive, so the former predominates. While this book is clearly aimed at students of landscape architecture, as well as young professionals, it also serves as a clear reminder of those basics of good design — be it landscape architecture or building design — that can get lost in the pursuit of something novel or progressive. The authors surely don't take a reactionary stance, but they definitely believe that certain considerations underlie all good design, and they present that in an understandable way.
SPREADS: 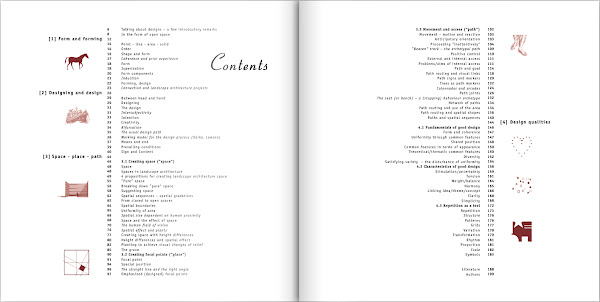 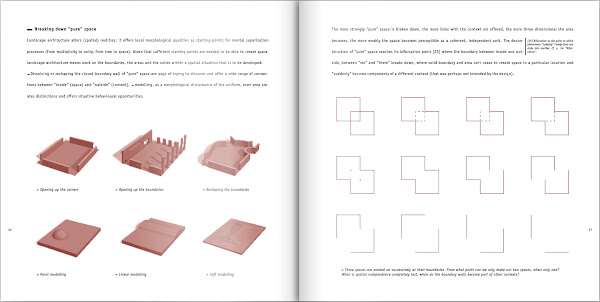 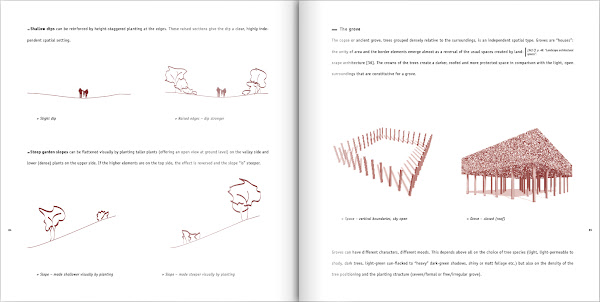 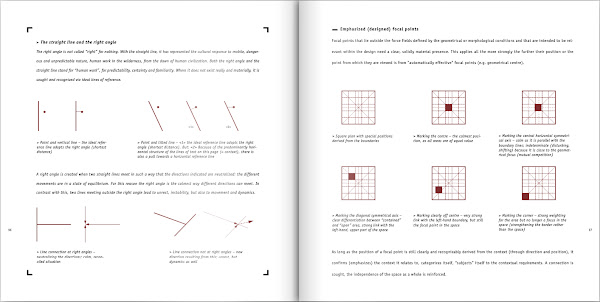