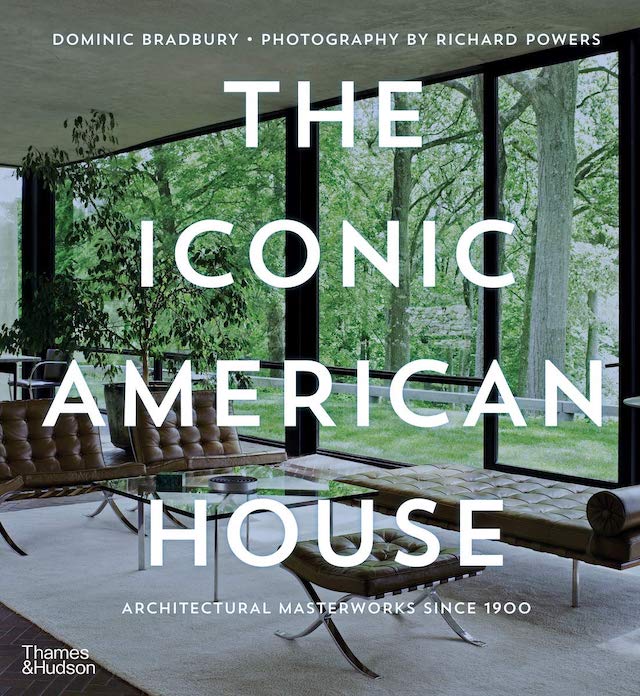 PUBLISHER'S DESCRIPTION:
Some of the world’s greatest architects, including Walter Gropius, Frank Lloyd Wright, and Ludwig Mies van der Rohe, have used their talents to create groundbreaking innovations in American residential architecture over the past 120 years. Though wide-ranging in style, these houses share a remarkable sensitivity to site and context; appreciation of local materials; experimentation with form, materials, and technology; and understanding of clients’ needs. Spanning the length and breadth of the United States, The Iconic American House features fifty of the most important, timeless, and recognizable houses designed since 1900.
With concise, informative text and fresh, vibrant illustrations, this book presents a lavish array of architectural masterpieces designed by architects such as Philip Johnson, Richard Neutra, Peter Eisenman, and Thomas Gluck. Specially commissioned and stunning photographs, floor plans, drawings, and architect biographies ensure that this book is perfect for students, professionals, design aficionados, and anyone who dreams of building a house of their own.
Dominic Bradbury is a journalist and writer specializing in architecture and design. He writes for many magazines and newspapers in the UK and internationally, including Wallpaper*, World of Interiors, House & Garden, Vogue Living, The Telegraph, The Times, and the Financial Times. His many books include Mid-Century Modern Complete, The Iconic Interior, Mountain Modern, Waterside Modern, and most recently, Off the Grid: Houses for Escape. Richard Powers is a photographer specializing in interiors, architecture, and the built environment. His books include The Iconic Interior, Beyond Bawa, and New Paris Style.
REFERRAL LINKS:

dDAB COMMENTARY:
Writer Dominic Bradbury and photographer Richard Powers have done a number of "Iconic" books that highlight important residential "masterworks" in the modern vein. A couple years ago they released, with Thames & Hudson, a compact version of their 2009 book The Iconic House, featuring 63 houses built since 1900. In my brief review of that book I praised the inclusion of floor plans but lamented the small size of the book, which shrunk the pages size of the coffee-table original by a couple inches in both directions. Their newest book, The Iconic American House, reverses that trait and my judgment: the larger format is welcome but the omission of floor plans is unfortunate. Powers' photographs are excellent, but when it comes to single-family houses, floor plans are key.
Fifty houses are presented in The Iconic American House, each one designed by a different architect. The only name seen more than once in the whole book is Paul Rudolph, who was associate architect of the Healy Guest House (1950) in Sarasota, Florida, under Ralph Twitchell but lead architect on the nearby Umbrella House completed just three years later. Though not explicit in the book's brief introduction, it appears that Bradbury and Powers determined the 50 houses so there would be no repeats, since there is only one Wright (Fallingwater, 1939), one Kahn (Esherick House, 1961), one Lautner (Elrod House, 1968), one Meier (Douglas House, 1973), and so forth. Alas, there is no Gehry, no Graves, no Charles Moore, though I chalk up most omissions to the difficulty in obtaining access to private domains to photograph them, not just write about them.
More glaring is the fact that of the 55 individuals attributed as authors of the 50 houses, only two are women: Edith Wharton, with Ogden Codman, Jr., for The Mount (1902) and Ray Eames for the Eames House (1949) with her husband Charles Eames. This is not surprising, given that much of the focus on women in modern residential architecture has been in terms of patronage over design. But given that this book comes close to the present (5 of the 50 houses were built within the last 25 years), it would have been great to see the male-dominated trend taper toward the end of the book. Why not a house by Tod Williams and Billie Tsien? Or Mack Scogin and Merrill Elam? Or MOS, WORKac, and other married architects? Or Annabelle Selldorf, Deborah Berke, Toshiko Mori, Anne Fougeron, and other female practitioners? There must be at least one icon among their work.
Yet as I thought of how the selection could have been more diverse, one project that sprang to mind — Studio Gang's Brick Weave House — made me realize one aspect of the book that is increasingly outdated: the equivalence of the "American Dream" with large suburban tracts. There are a few houses in The Iconic American House that are found in urban contexts (all of them in and around Los Angeles), but none of them approach urban living like the house in Chicago designed by Jeanne Gang. If the words and photographs in this coffee table book are aspirational, they are for something that is not only out of reach financially for most people but clearly unsustainable for society. Among numerous other things, 2020 will be remembered for its wildfires and the insertion of the phrase wildlife urban interface (WUI) into common parlance. If sustainable planning were a driving concern, that phrase would not exist, because people would not be living in such areas. Likewise, with that same concern, this book would end with houses both more urban and more diverse, reflecting the changes that need to happen — and are happening — for the "American Dream" to survive.
SPREADS: 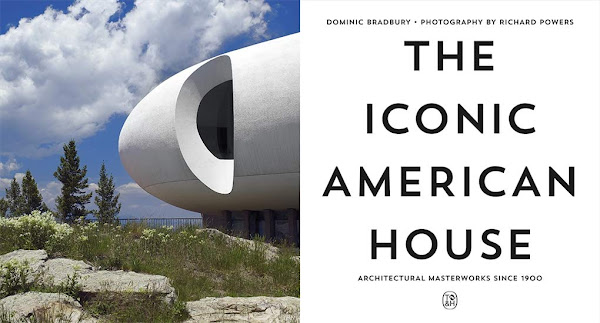 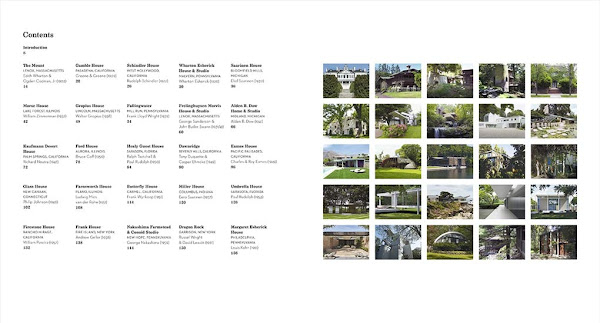 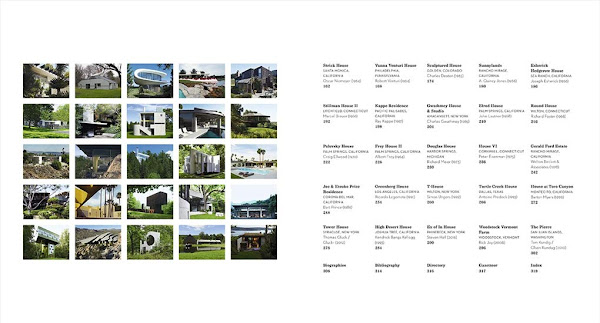 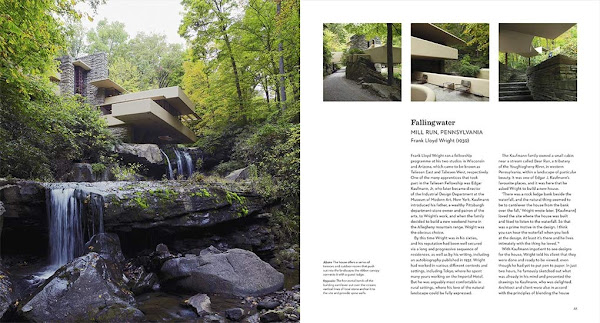 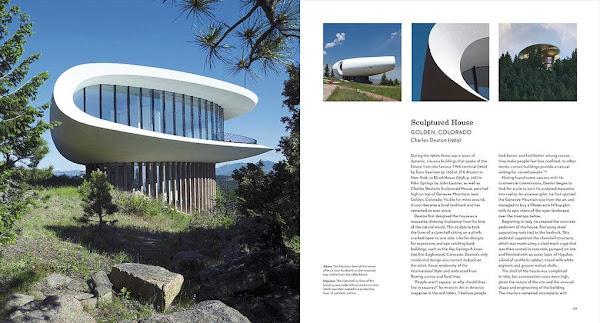