Apartments for the Affluent 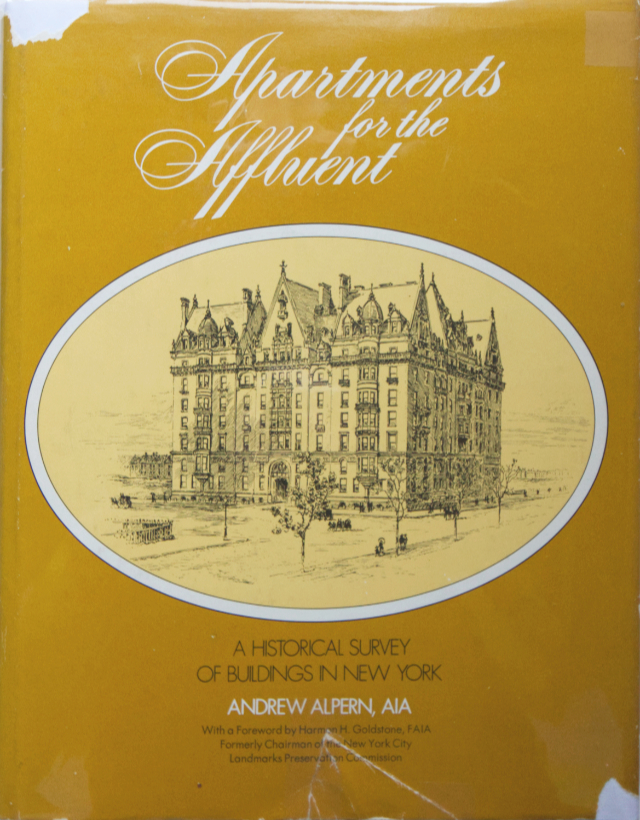 Apartments for the Affluent: A Historical Survey of Buildings in New York
Andrew Alpern
McGraw-Hill, 1975

PUBLISHER'S DESCRIPTION (from dust jacket):
Lavishly illustrated, this volume portrays more than seventy of Manhattan's most famous apartment houses, from the first one in 1869 through those of the present day. Informative, entertaining, and lively it recounts the fascinating history of "flats" for those with social standing and for those who aspired to make their way into society.
The first work to systematically document the development of luxury apartments, the book traces the development of apartment houses, tells about some of their peculiarities, and examines a number of unusual buildings. The buildings represented have been selected either because they are typical of a certain type or because they are unique. The book includes detailed floor plans and contains more than one hundred interior and exterior photographs that reveal the splendor of bygone days and show what is happening today.
Andrew Alpern is Director of Architecture for Environmental Research & Development, a multinational space planning and design firm. A native of New York City, he has lived in apartment houses all his life, making him well qualified to write this book. Mr. Alpern is a registered architect and a graduate of the Columbia University Graduate School of Architecture and Planning.
REFERRAL LINKS:

dDAB COMMENTARY:
My review a few days ago of Andrew Alpern's latest book, Post Portals, prompted me to look at one of his first, Apartments for the Affluent, first published in 1975 and later repackaged under different names (e.g., New York's Fabulous Luxury Apartments). Although the two books share New York City apartment buildings for people of means as their subjects, the earlier book amends its bevy of buildings from the late 19th and early 20th centuries with then-recent towers that were clearly modern. There is a noticeable, dramatic jump in the chronological presentation of apartment buildings — one two-page spread is devoted to each building — from a building on East End Avenue designed by Charles A. Platt in 1931 to the Butterfield House built in Greenwich Village in 1962. The latter (third spread below) reveals how a lot changed in those ensuing three decades, as the dozen projects that follow it also attest.
Beyond the architectural style and expression captured in photographs, change is also apparent in the floor plans that document all of the 73 apartment buildings in Apartments for the Affluent. The inclusion of them is the book's most appealing feature, aided by the fact that almost all of them are clearly legible, easy to "read." The most dramatic difference between the prewar apartment plans and those closer to the book's 1975 publication date is the allotment of maid and servant quarters, and similarly separate entrances for service. Take The Dakota, the famous 19th-century apartment building on the Upper West Side that Alpern wrote a whole book about. The floor plan (first spread below) shows eight apartments, each of them accessed by a stair or elevator near the inside corners; kitchens and servant quarters, though, are located toward the courtyard and have separate circulation cores (they're easiest to see in the bump outs at the top and bottom sides of the courtyard).
Jumping forward to the buildings near the end of the book, such as the Butterfield House, it's easy to see that the unit plans are considerably smaller, more open spatially, and free of appointments for service. The floor plans express the dramatic changes in lifestyle that happened over the 20th century, courtesy of technology, economics, and other fairly obvious factors. But just as the plans from the 1960s and 70s are consistent with today's developments geared to middle- and upper-class residents, there is also a noticeable circling back to the early projects in today's luxury apartment towers clustered along "Billionaire's Row"  — our 21st-century Gilded Age, if you will. If Alpern were to update his book to make it current and include floor plans from such luxury apartment buildings as 15 Central Park West, readers would find the reappearance of maid's rooms, at least in the larger units. Likewise, market-rate condominiums this century are catering to buyers, especially young ones, through loads of amenities, mainly fitness centers and shared rooftops. But Alpern revealed four decades ago how, for instance, The Hendrik Hudson in Morningside Heights was built in 1907 with a billiard room, cafe, roof terrace, and even a barber shop. In amenities, services, and perhaps much more, NYC apartments have apparently come full circle.
SPREADS: 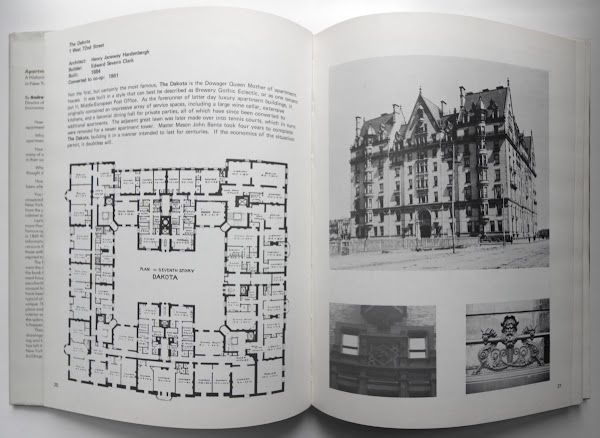 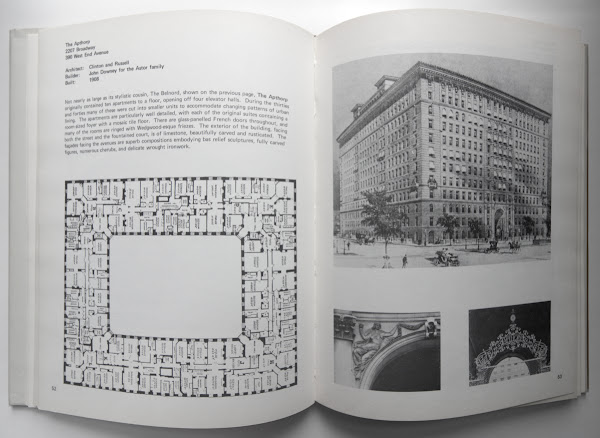 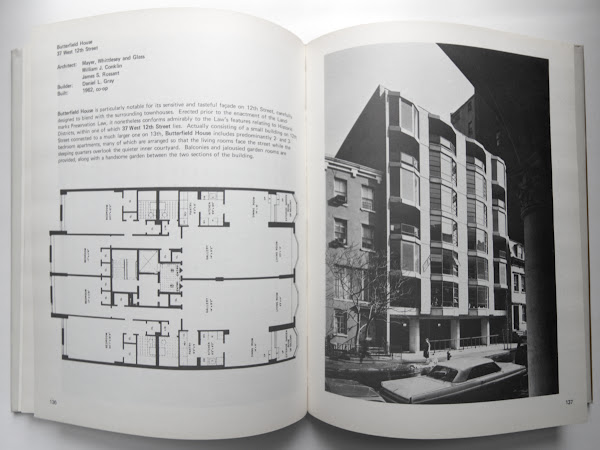 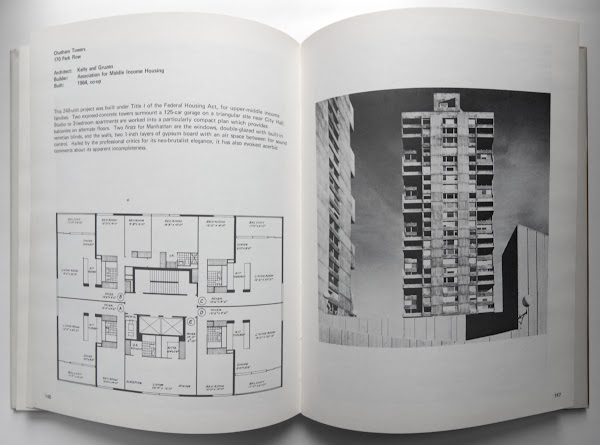