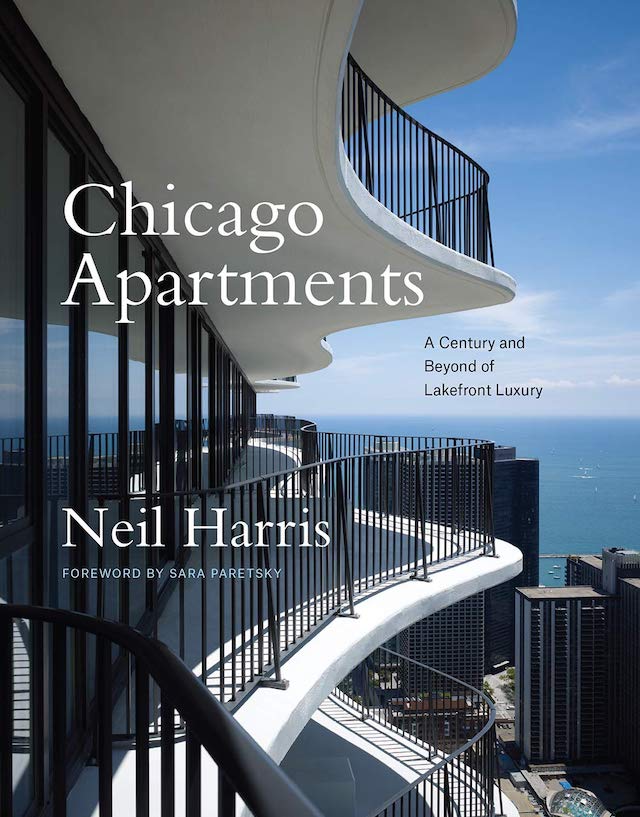 PUBLISHER'S DESCRIPTION:
The Chicago lakefront is one of America’s urban wonders. The ribbon of high-rise luxury apartment buildings along the Lake Michigan shore has few, if any, rivals nationwide for sustained architectural significance. This historic confluence of site, money, style, and development lies at the heart of the updated edition of Neil Harris's Chicago Apartments: A Century and Beyond of Lakefront Luxury. The book features more than one hundred buildings, stretching from south to north and across more than a century, each with its own special combination of design choice, floor plans, and background story. Harris, with the assistance of Teri J. Edelstein, proves to be an affable and knowledgeable tour guide, guiding us through dozens of buildings, detailing a host of inimitable development histories, design choices, floor plans, and more along the way. Of particular note are recent structures on the Chicago River and south of the Loop that are proposing new definitions of comfort and extravagance. Featuring nearly 350 stunning images and a foreword by renowned Chicago author Sara Paretsky, this new edition of Chicago Apartments offers a wide-ranging look inside some of the Windy City’s most magnificent abodes.
Neil Harris is the Preston and Sterling Morton Professor of History and Art History Emeritus at the University of Chicago. His books include Capital Culture, The Chicagoan, The Artist in American Society, Humbug, and Cultural Excursions. Teri J. Edelstein is an art historian and museum professional. Her scholarly work has focused on the intersection of high art and popular culture. Most recently, she was editor of and contributor to Art for All: British Posters for Transport.
REFERRAL LINKS:

dDAB COMMENTARY:
When I think of lakefront luxury living in Chicago, a roughly one-mile, zigzag stretch of Lake Shore Drive, from East Pearson Street on the south to North Avenue on the north, comes to mind. Found here, between Northwestern Medicine and Lincoln Park, are Mies van der Rohe's modern masterpieces at 860-800 North Lake Shore Drive (later "twinned" by two more towers at 900-910 LSD), the impressive north-facing street wall of old apartment buildings on East Lake Shore Drive, and the too-tall towers sitting between the low-rise Gold Coast and Lake Michigan. When I lived in Chicago and often rode my bike along the lakefront, it was hard to not think what it was like to live inside one of those apartment buildings. The second edition of Chicago Apartments does just that.
Like my brief stretch of Lake Shore Drive above, Chicago Apartments moves from south to north, presenting dozens of buildings from South Shore and Hyde Park well south of the Loop to those in Lincoln Park, Lakeview, and other neighborhoods farther north. Not surprisingly, the glut of buildings in the book is localized on the Near North Side, from Chicago Avenue up to Fullerton Avenue, including the one-mile stretch I remember so well. Not all of the apartment buildings are immediately on the lakefront, but most of them have views on Lake Michigan, the huge body of water that makes the flat Midwestern city so special. "Thousands and thousands of windows look out on Lake Michigan," Neil Harris writes, "and behind them are the residents of an apartment city."
Sixty of the 107 buildings in the book were built in the latter half of the 1920s. The Depression halted new luxury housing, while the city's newly enforced height cap deterred tall building along the lake until around 1950, when Mies's innovative pair of glass towers (third and fourth spreads below) were built. Although the majority of the Chicago Apartments features what could be called pre-modern luxury, the "dozen or so recent projects" that Harris added to the book since it was first published in 2004 make the overall offering quite diverse, if in certain stretches of the lakefront (esp. the Loop and Lakeshore East) over others.
As an architect, for me the most appealing aspect of Chicago Apartments is the inclusion of floor plans for each of the 107 projects. Unfortunately, the floor plans are also a source of dissatisfaction, especially with the dozen or so additions. The problem is that the floor plans were found and then presented in a manner that is far from consistent. Older towers appear to be culled from old magazines and books, meaning the plans are pochéd and the text is legible on the page. Newer projects, such as Aqua in Lakeshore East (first spread), often feature unit plans instead of full floor plans, with text that is sized for computer screens or other page formats and therefore illegible. Furthermore, with "lakefront luxury" being the theme of the book, it would make sense for the plans to have the same orientation, such as north being up and therefore the lake being on the right. So, with the older apartment buildings in abundance and just about all of them beautifully presented in floor plans (second spread), I found myself gravitating to them, learning a good deal about century-old luxury in the process.
SPREADS: 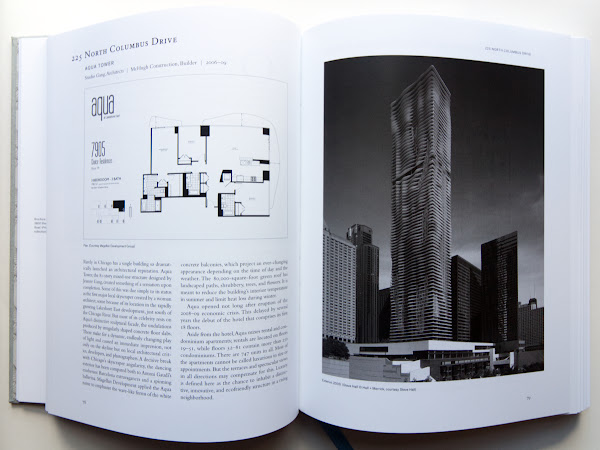 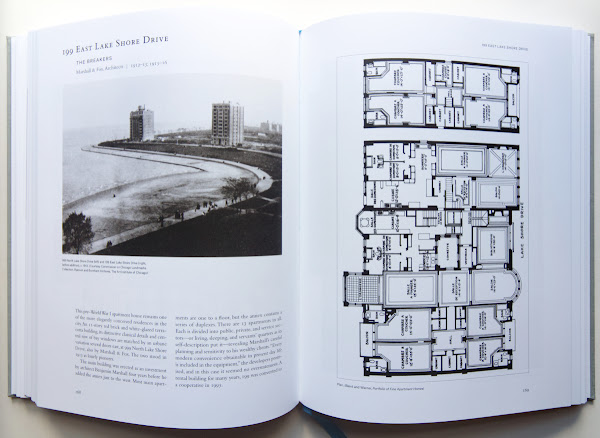 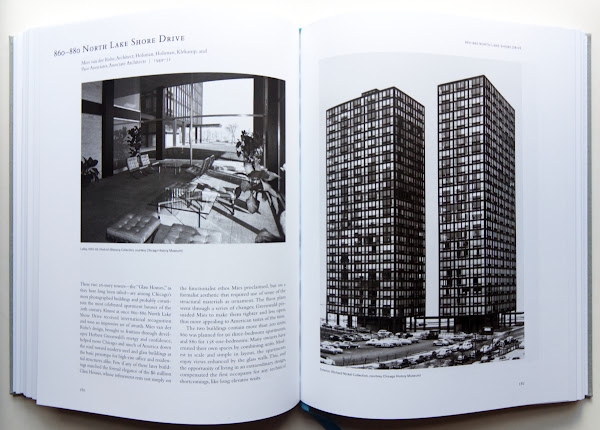 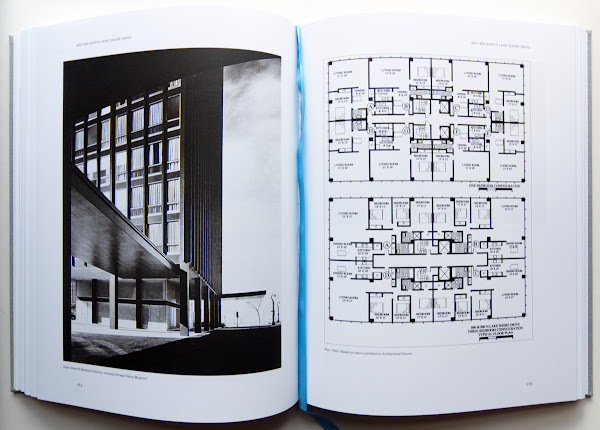