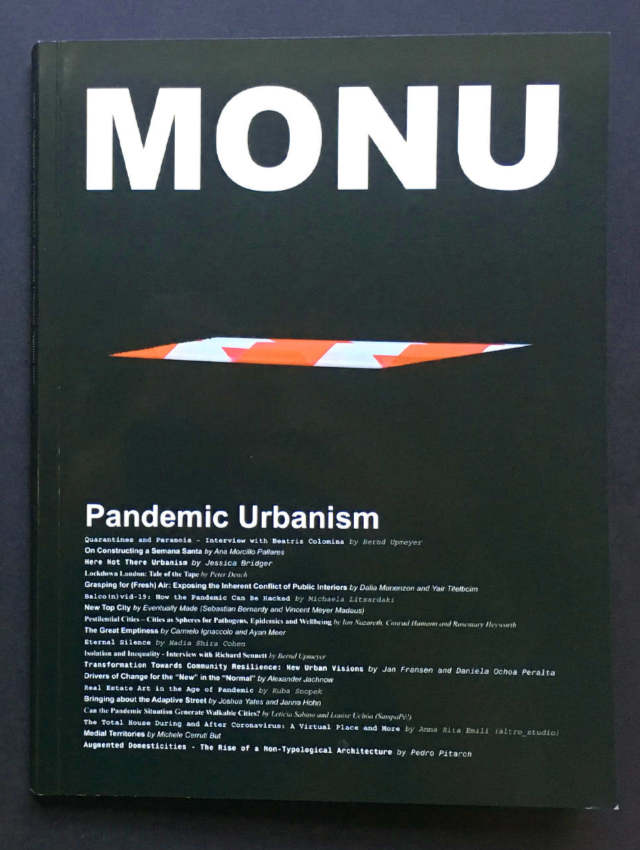 ABOUT MONU:
MONU (Magazine on Urbanism) is a unique biannual international forum for architects, urbanists and theorists that are working on urban topics. MONU focuses on the city in a broad sense, including its politics, economy, geography, ecology, its social aspects, as well as its physical structure and architecture. ... MONU is edited in the city of Rotterdam, the Netherlands. ... MONU is an independent, non-conformist, niche publication that collects critical articles, images, concepts, and urban theories from architects, urbanists and theorists from around the world on a given topic.
PURCHASE LINK: