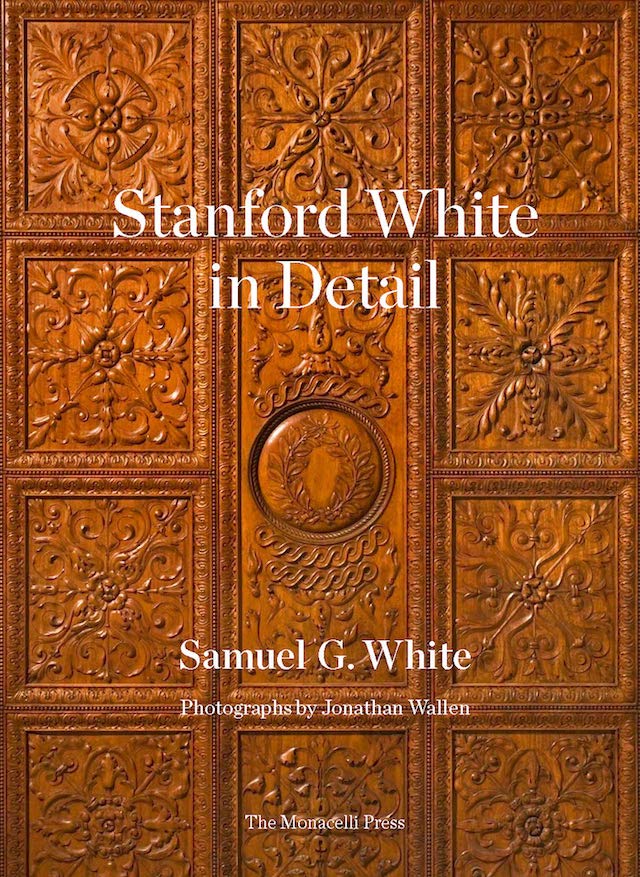 PUBLISHER'S DESCRIPTION:
Once proposed as the “Commissioner of Beauty” for New York City, Stanford White was a master of architecture, interior design, and ornament, fearlessly juxtaposing materials and objects from myriad cultures and times. Drawing on precedents from antiquity and the Renaissance, from Asia, the Middle East, and Europe as well as Colonial America, White created complex surfaces inside and out. Stanford White in Detail examines this innovative and intricate web through lush, tightly framed vignettes of carved wood and marble, metalwork, mosaic, and tile as well as generous overall room views to demonstrate how these are woven together for a unique effect.
Samuel G. White, a great-grandson of Stanford White, is a senior partner of PBDW Architects in New York. He is the author of three books on McKim, Mead & White, most recently Stanford White Architect.
REFERRAL LINKS:

dDAB COMMENTARY:
On the cover of Stanford White in Detail is an intricately carved wood surface from the Villard Houses in Midtown Manhattan, one of many landmarks designed by the firm of McKim, Mead and White. I'm not sure if it is, but I like to think of the surface as a door, making its presence on the cover an invitation to "open" the book and "enter" the realm of the architectural details within. Door or not, the Villard Houses is one of the few buildings in Stanford White in Detail that I've been inside, although accounts of the 1884 mansion for Henry Villard attribute the design to Joseph Morrill Wells. The mansion, after being incorporated as part of the New York Palace Hotel, housed Urban Center Books in one of its wings, alongside office and exhibition space for MAS, AIANY, and the Architectural League. While I can clearly remember browsing the small bookstore's shelves in the years before its 2010 closure (I can even recall on which shelves I found certain books I bought), I don't remember encountering such succulent surfaces as the one portrayed on the cover or the other Villard Houses photographs inside this lushly illustrated book.
Fast forward to 2017 and a visit to the Park Avenue Armory to see Hansel & Gretel, an interactive installation by Swiss architects Jacques Herzog and Pierre de Meuron with Chinese artist Ai Weiwei. Most of that installation was housed in the large Drill Hall, but the tail end of the sequential experience took place in the historic Head House, which Herzog & de Meuron have been restoring since 2006 alongside PBDW Architects, where White is a consulting partner. While the installation was set up to allow visitors in the Head House the chance to surveil those in the Drill Hall, from where they just came, I was more enamored with the incredibly rich details of the restored Library, Veterans Room, and other rooms (third and fourth spreads below) in this part of what's also known as the Seventh Regiment Armory. Before that visit I did not really understand the extent of the sumptuous surfaces prevalent in the buildings designed by Stanford White. Photos from the armory start the book and what follows is nearly 250 pages of obscenely rich ornamentation. Die-hard modernists should probably stay away.
Stanford White in Detail was written by Samuel G. White, a great-grandson of the famous (yet also infamous) Stanford White; it is Samuel's fourth book on McKim, Mead & White. This lineage is sure to draw people — architects or not — to the book, but really Stanford White in Detail is all about the photographs by Jonathan Wallen. Sure, White organized the photographs into five sections that relate to certain formal characteristics in his great-grandad's architecture, but outside of his short introduction and even shorter texts for each section the book is mainly "read" through its photographs. A few overall building shots are in the book, but for the most part Wallen's lens takes us right up next to the walls, doors, ceilings, and other surfaces that are studded with some sort of flourish. Samuel asserts that Stanford "never let his ornament get out of hand," since "fully loaded elements [...] would be surrounded and literally relieved by walls or frames of plainer treatment." That might well be true, but I don't see it here. The book's selection of photographs focuses on White's "fully loaded" architecture, where creative flourishes are found at every flip of the page.
SPREADS: 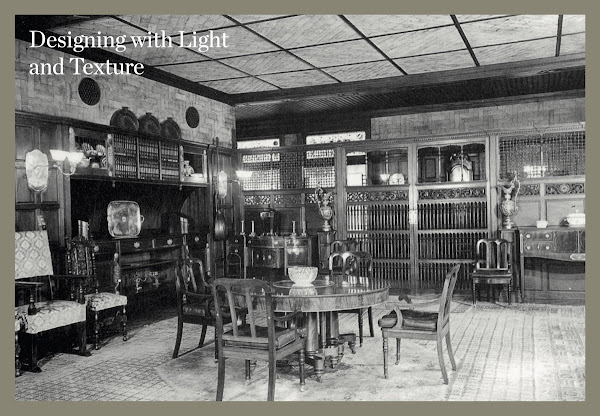 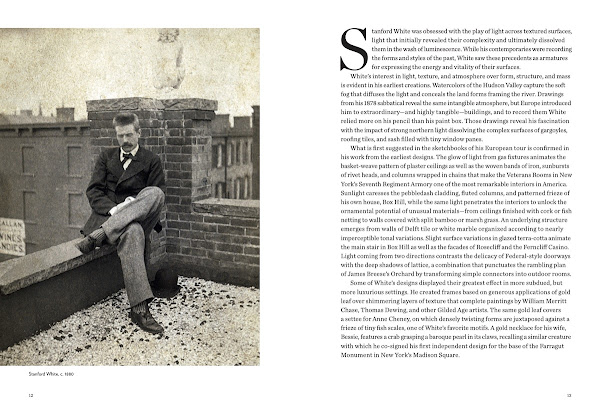 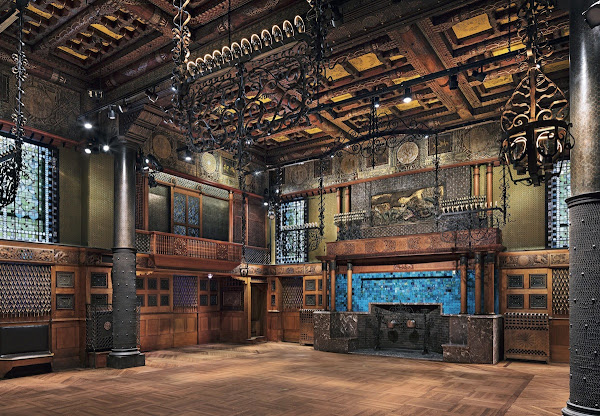 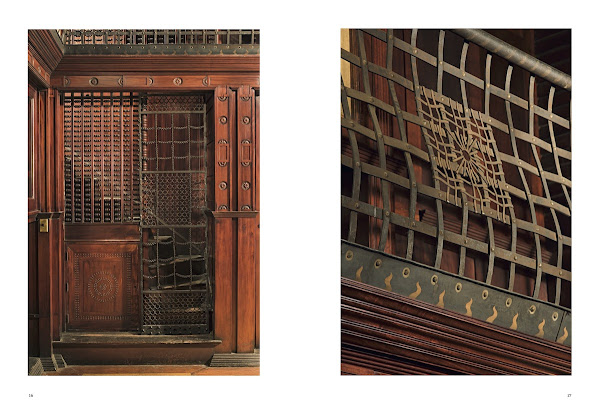