Daddy Wouldn't Buy Me a Bauhaus 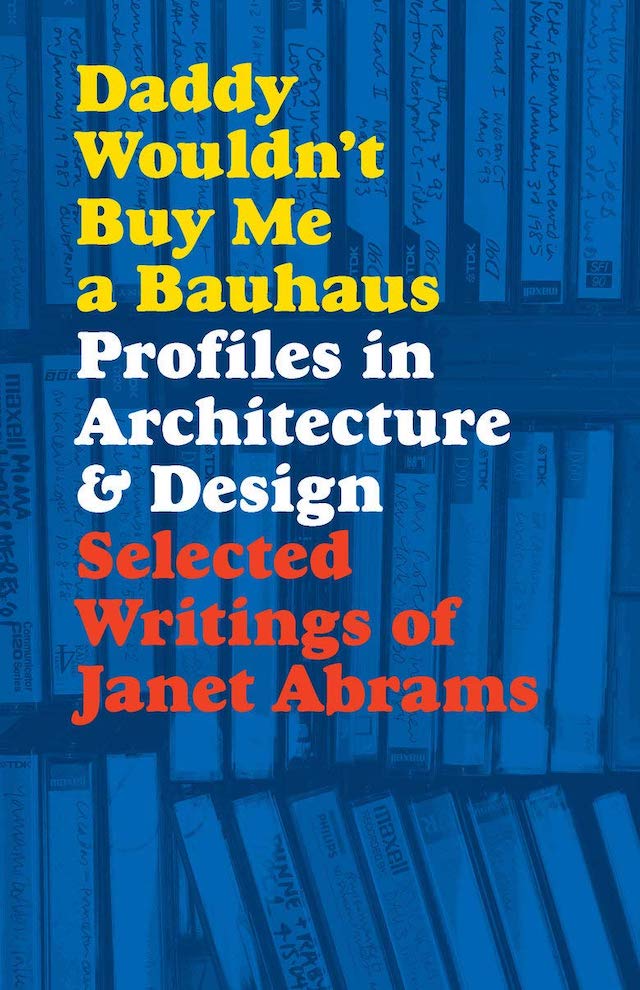 PUBLISHER'S DESCRIPTION:
Daddy Wouldn't Buy Me a Bauhaus collects the unparalleled writings of legendary British wordsmith Janet Abrams for the first time. From pivotal figures in international modernism to the pioneers of digital media, Abrams explores the ideas, theories, and emotions that fueled their work.
The book's twenty-six profiles—written in Abrams's signature, personal, often hilarious style—include Reyner Banham, Berthold Lubetkin, Philip Johnson, Paul Rand, Phyllis Lambert, Frank Gehry, Rem Koolhaas, Muriel Cooper, April Greiman, and Michael Bloomberg. It brings together essays that originally appeared in publications on both sides of the Atlantic, in Blueprint, I.D. magazine, The Independent, and in books and catalogs from the 1980s through the early 2000s. A foreword by Blueprint's founding editor, Deyan Sudjic, and new reflections by Abrams, set the stage.
Janet Abrams's career as a writer and editor spans several decades, cities and disciplines, from architecture and design to photography and ceramics. Trained as a journalist in her native England, she first moved to the US in 1983 as a Fulbright Scholar to do her Ph.D. at Princeton University, and was soon appointed US correspondent for Blueprint, the new British design monthly. ...
REFERRAL LINKS:

dDAB COMMENTARY:
Blueprint magazine was founded in 1983 by writer Peter Murray and others, with future Design Museum director Deyan Sudjic serving as its first editor in chief. I remember the extra-large pages of the magazine, akin to Interview magazine in the US. That format eventually shrank as it went through the cost-saving measures of every other printed periodical. Just last year it was announced that Blueprint would cease printing issues and shift to solely digital formats, something Murray admitted should had been done "ages ago."
The heyday of Blueprint — arguably from its founding to the mid-1990s — is evident in this collection of "profiles in architecture and design" by Janet Abrams, with 12 of the 26 pieces culled from the magazine. Abrams' introduction to the collection, titled "Tightrope Walking with the 'Circus of the Perpetually Jet-Lagged'" (the quoted phrase comes from Rem Koolhaas, whom she interviewed for the magazine), features covers and spreads from some of those issues, as seen below. These are the only images in the whole book, whose collection of essays are limited to Abrams' text, omitting the illustrations from the original; this is common, evident in such collections as those by Ada Louis Huxtable, Herbert Muschamp, and Michael Sorkin.
But the writer Abrams' collection most closely resembles is Martin Filler, architecture critic for The New York Review of Books. Filler's pieces, which have been compiled into three volumes as of 2018, take the form of profiles, usually on individual architects but occasionally on firms. Where Filler's profiles are sweeping in scope, ranging from the architects' upbringing to their most recent buildings, Abrams' profiles are focused on the moment. This isn't to say readers don't learn how Peter Eisenman got to the point of designing the Wexner Center for the Arts in 1985, for instance, but her portraits vividly capture what drove the architects and designers she interviewed. Architects interested in what was happening in the world of architecture in the US and Europe in the late 1980s and early 1990s will find much to like here, but so will people interested in design and media, topics that occupied Abrams as much as architecture in the later articles written for other publications.
SPREADS: 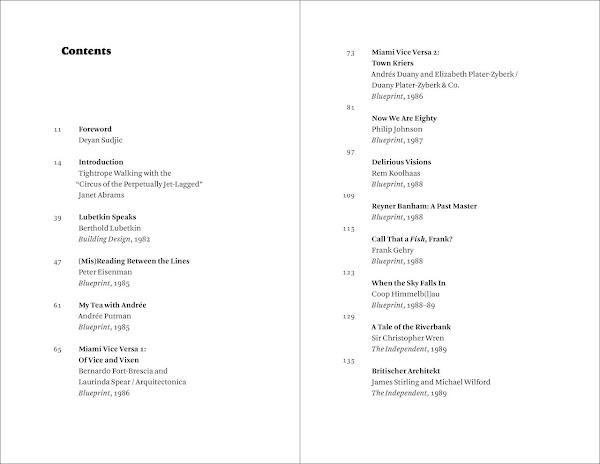 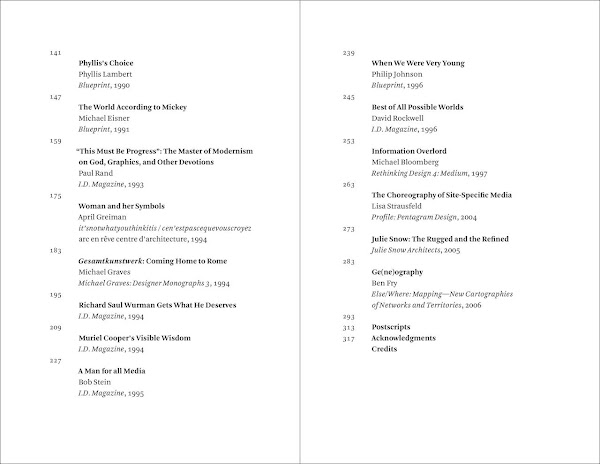 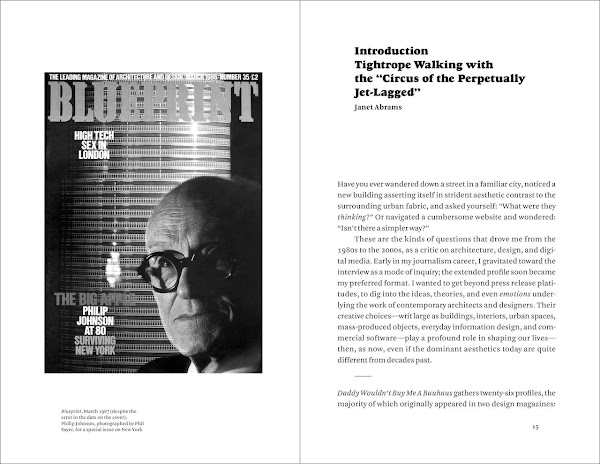 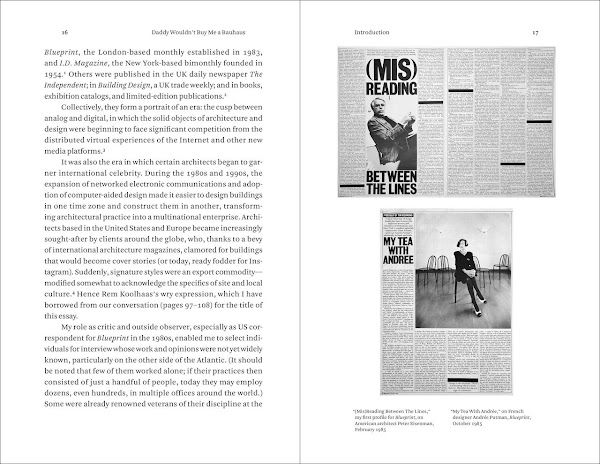 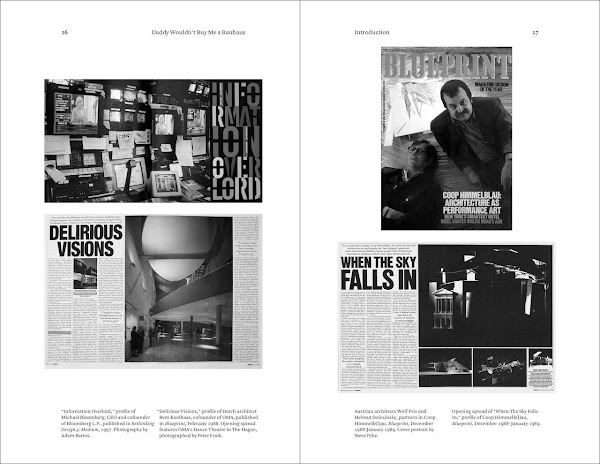