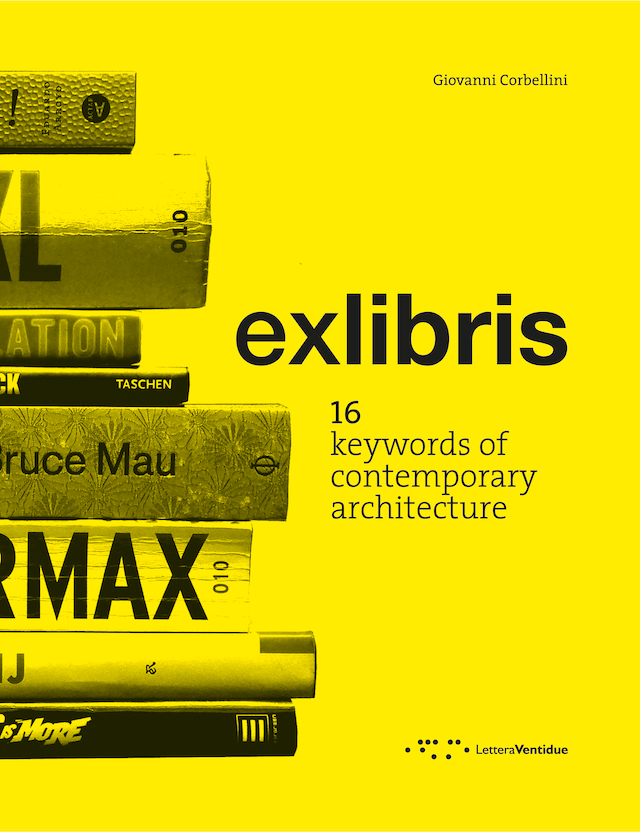 PUBLISHER'S DESCRIPTION:
Architects write a lot, especially now when conceptual aspects have become central in the advanced reflections and narrative forms increasingly intersect the quest of design practices far an ultimate legitimation.
In the growing mass of the publishing offer, these keywords try to highlight recurrent issues, tracking synthetic paths of orientation between different critical positions, with particular attention to what happens in the neighboring fields of the arts and sciences.
Giovanni Corbellini (1959), PhD, ski instructor, self-builder, architect, critic of contemporary architecture, has taught in Venice, Ferrara, Milan and Trieste. He is the author of many essays.
REFERRAL LINKS:

dDAB COMMENTARY:
In 2002, when he was given the "pleasant task of proposing the books to purchase by the library of the Faculty of Architecture of Ferrara," Giovanni Corbellini started writing "keywords," most of them making their way onto the arch'it website. Those keywords related to architectural theory and criticism were collected by Milan's 22 Publishing in 2007 as Ex libris: 16 parole chiave dell'architettura contemporanea, with a second edition published by LetteraVentidue in 2015. Four years later the same publisher put out an English translation that basically retains the main text as a snapshot of architectural theory and criticism ca. 2007 but sees Corbellini appending the "post scriptum" to each keyword with lists of publications that bring the whole closer to the present.
A book structured by words — sixteen of them, one per chapter, as the subtitle and table of contents below clearly shows — made me immediately think of Adrian Forty's Words and Buildings: A Vocabulary of Modern Architecture from 2000. Forty's book looks at how such words as Context, Form, Function, Order, Structure, and Transparency (there are 18 in total) were used by modern architects in the 20th century to advance their critiques and theories. Corbellini does a similar thing, though he combines historical glances with contemporary explorations. Also, his choice of words is more diverse than the archetypical collection of Forty's. Big and Collision, for instance, and the question mark after Beautiful give the book its contemporary flavor, with Rem Koolhaas probably driving the content more than any other voice.
The author structures each keyword consistently, with a handful of pages of text that explore each word/concept and a post-scriptum of books and other publications of relevance. Other keywords in the book are highlighted throughout the text with yellow boxes, and in bold on the yellow post-scriptum pages. In the margins of Corbellini's texts are references to books and articles, many in Italian but just as many in English. These references, it should be noted, don't tend to reappear in the post-scriptum, with those in the margins from 2007 and earlier and those in the post-scriptum extending up to about 2015. The list of architectural publications throughout is enormous. Exlibris, if anything, is a reference book on architectural publications, just one that takes the form of an atypical dictionary rather than a bibliography. Architects who strongly value books about architecture, and want thematic lists of them in one place, should search out this out-of-print book.
SPREADS: 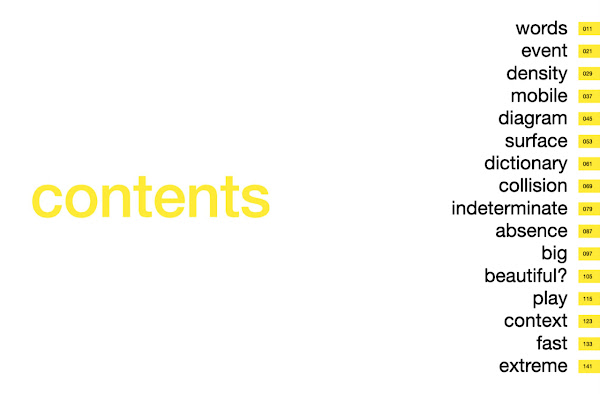 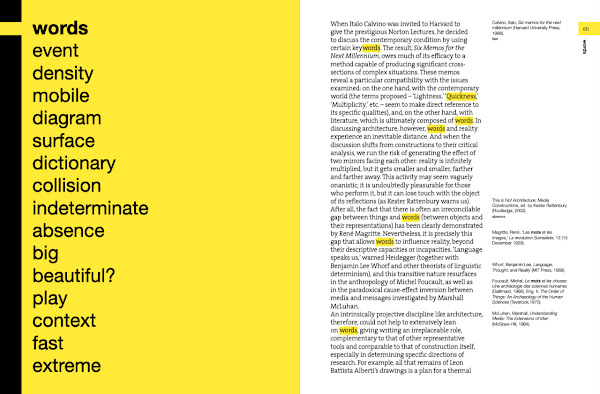 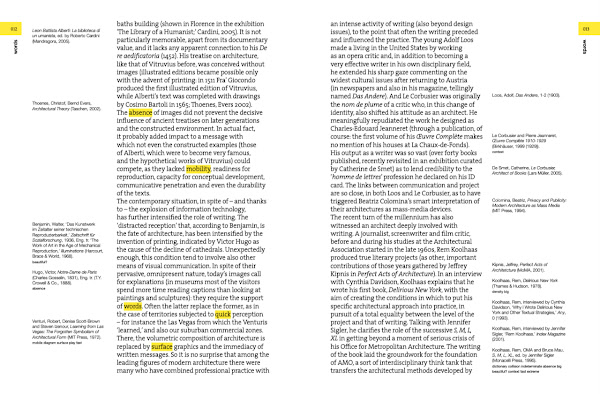 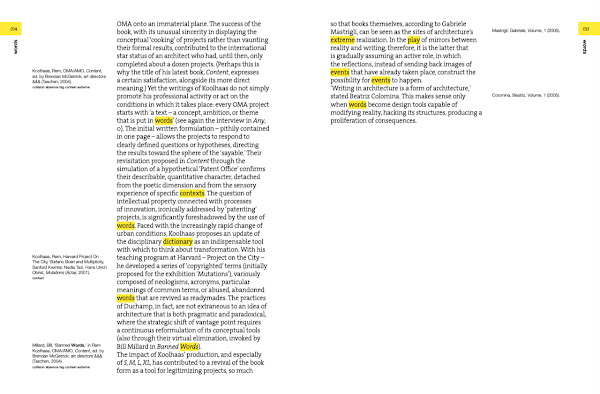 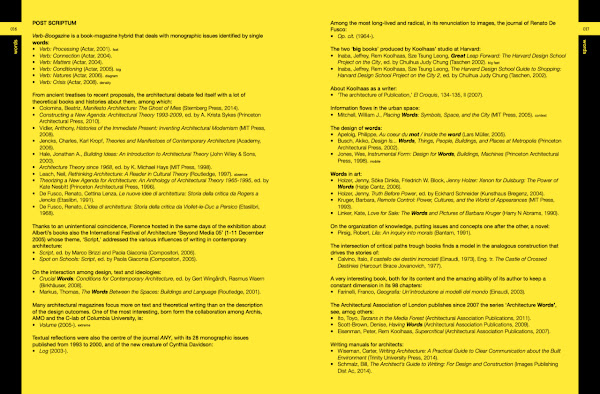 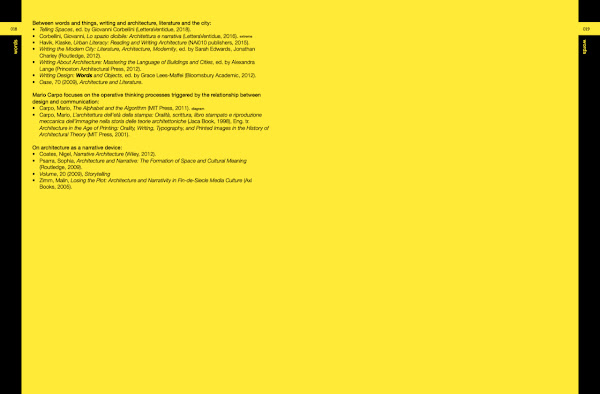