Radical Architecture of the Future 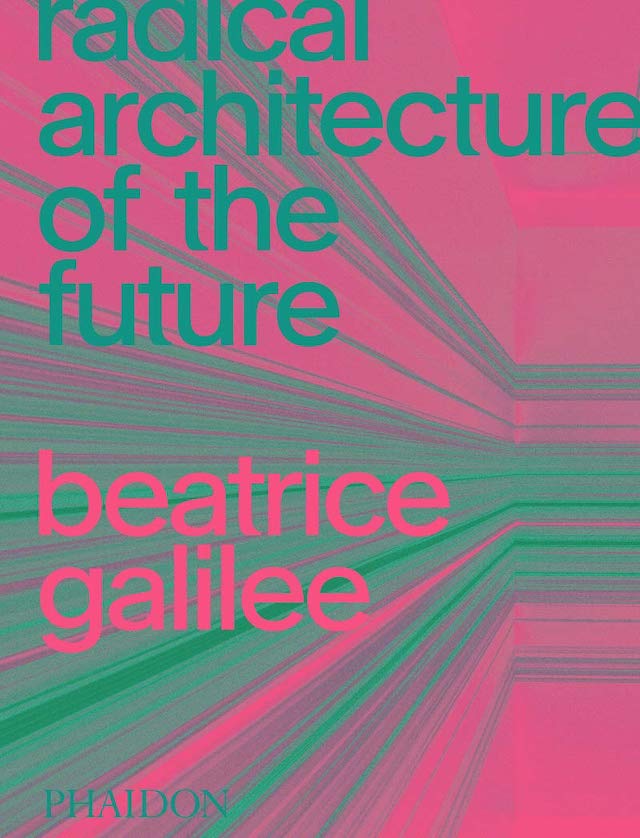 PUBLISHER'S DESCRIPTION:
Architectural practice today goes far beyond the design and construction of buildings — the most exciting, forward-thinking architecture is also found in digital landscapes, art, apps, films, installations, and virtual reality. This remarkable book features projects — surprising, beautiful, outrageous, and sometimes even frightening — that break rules and shatter boundaries. In this timely book, the work of award-winning architects, designers, artists, photographers, writers, filmmakers, and researchers — all of whom synthesize and reflect our spatial environments — comes together for the first time.
Beatrice Galilee is a London-born, New York based curator, writer, critic, consultant, and lecturer of contemporary architecture and design. Formerly the associate curator of Architecture and Design at The Met in New York, she is currently director of 'The World Around: Architecture's Now, Near & Next', a New York-based architecture summit and cultural platform.
REFERRAL LINKS:

dDAB COMMENTARY:
Tomorrow is The World Around Summit 2021, eight hours of presentations and discussions on architecture being held, like everything these days, online. It arrives one year after the inaugural TWA Summit, a jam-packed Saturday at the TimesCenter that I was fortunate enough to go to, covering the event for World-Architects. It brought back memories of one year earlier, when I spent a Saturday at the Grace Rainey Rogers Auditorium at the Metropolitan Museum of Art for In Our Time: A Year of Architecture in a Day, organized by Beatrice Galilee, then the architecture and design curator at The Met. It was the third and last annual In Our Time event for Galilee, who soon after departed the Met and then founded, with Diego Marroquin, The World Around. The Met event worked so well it found new life with TWA. The success owes a lot to Galilee's curatorial skills in selecting a diverse lot of great projects and pulling their authors together to present them to an attentive audience.
Although Galilee's Radical Architecture of the Future is not billed as a companion to either The World Around or In Our Time, the collection of nearly 80 projects assembled in the book is drawn heavily from those events. Many of the projects from the two events I attended are in the book, making it, like the events themselves, a mix of the familiar and the unexpected. But this time my familiarity stems as much, if not more, from Galilee's work as from my own pursuits. It's as if I've been pulled into her orbit — into her network of designers and diverse range of interests. Galilee described the first TWA Summit as "Architecture–ish," and similarly the projects in Radical Architecture are a melange of buildings, artworks, films, performances, photographs, video games, and other things on the margins of architecture.
While the day-long events could use time as a structure, presenting the best output created in the previous year, the book requires something different. Radical Architecture's 79 projects are arranged into five chapters that call attention to the people behind the projects: Visionaries, Insiders, Radicals, Breakthroughs, and Masterminds. Although Galilee's intro text explains what makes each chapter unique, it's not hard to imagine projects moving from one chapter to another without affecting the book's impact. While Fabrizio Terranova's film on Donna Harraway immediately follows Beatriz Colomina's X-Ray Architecture in the Masterminds chapter, I'm not sure the reader would lose anything if the latter segued into, for instance, Amanda Williams' Color(ed) Theory from the Visionaries chapter instead. What's important is exposing the reader to interesting projects by authors they may or may not know. Nevertheless, there is an evident arc to the projects as one moves through the book, with a lot of actual buildings in the Insiders chapter, for example, and work related to recent events (e.g., The Transscalar Architecture of COVID-19 by Andrés Jaque and Iván López Munuera) converging near the end, in Masterminds.
Google "radical architecture" and most likely images of futuristic scenarios by Archigram, Archizoom, Superstudio, and other architects from the 1960s predominate. They are the textbook examples of radical architecture. But by limiting the projects in Radical Architecture to built works, Galilee is setting aside any historical or contemporary visions of the future in favor of what she describes as "the precedents, case studies, and inspirations of a diversified, conscientious, nimble, and responsive future architecture." In other words, tomorrow's radical architecture will arise from the compiled creations imagined and built across the last five or ten years. This book then serves as a sourcebook for architects and other designers who want to depart from the status quo; at the beginning of 2021, I'm sure there are a lot of people who are ready to do just that.
SPREADS: 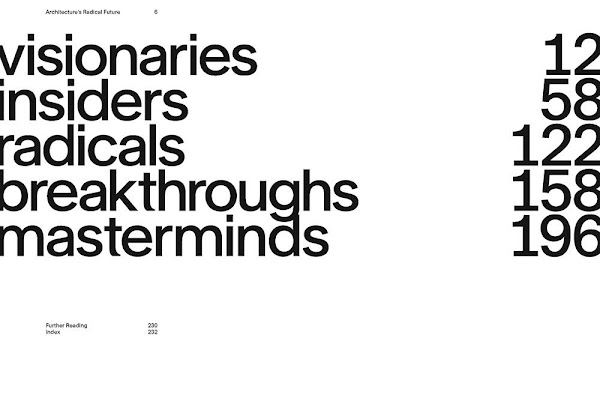 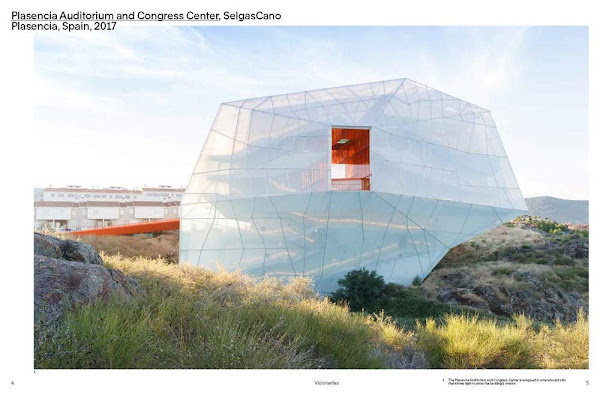 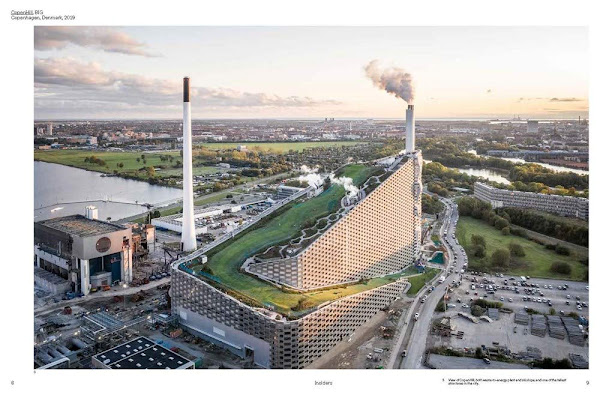 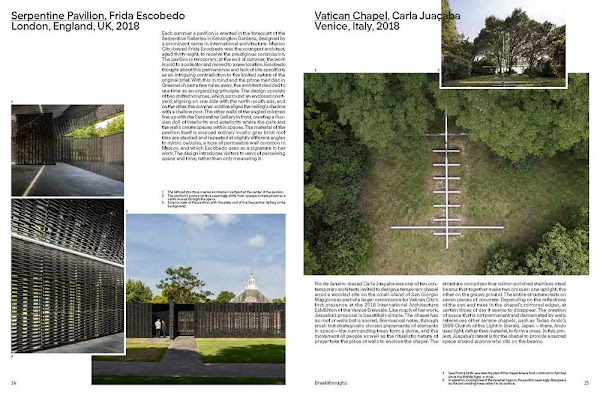 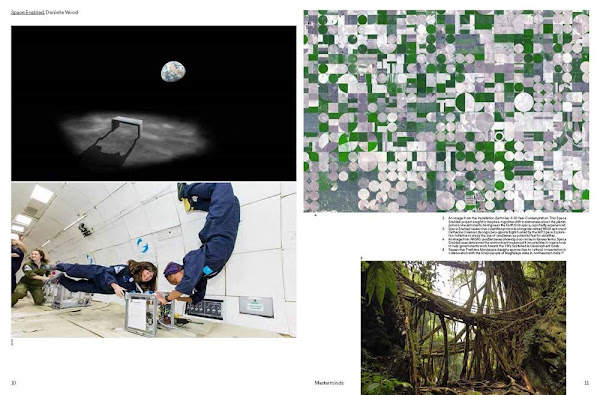