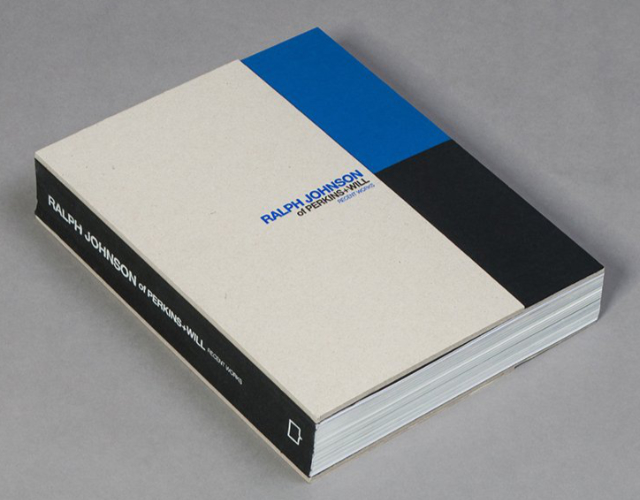 PUBLISHER'S DESCRIPTION:
The work of Chicago architect Ralph Johnson explores the use of restrained modernism to enrich and clarify complex programmatic buildings with intriguing assemblies that reveal their functions and hierarchical relationships. Johnson’s goal is to form, through the social art of architecture, an urban environment of buildings that are good civic neighbors as well as distinguished citizens. The projects in this book, both built and unbuilt, represent his concern for humanistic values and emphasis on process rather than preconceived product, allowing the work to respond to diverse cultures and urban conditions. Johnson is a principal and the design director at Perkins+Will. The book includes essays by Rodolphe el-Khoury, Daniel Friedman, and Thomas Fisher.
REFERRAL LINKS:

dDAB COMMENTARY:
A couple decades ago, when I was working as an architect in Chicago and spending most of my days designing public schools, the firm's monograph on Ralph Johnson of Perkins & Will was a near constant presence on my desk. Johnson was not the first architect at Perkins & Will to focus on schools and do them so well (it is the firm that designed Crow Island School with the Saarinens, after all), but the schools he designed in the 1990s were miles better than those of any other US firm at the time — the one I worked at included. But searching for schools from that era on Perkins & Will's website is futile since the firm, like most these days, uses its website as a marketing tool rather than as a professional archive. Accordingly, magazines and monographs take on important roles as archives, particularly in regard to pre-internet creations.
If the monograph linked above (published by Rizzoli in 1995) captures the output of Ralph Johnson in the 1980s and 90s, then this most recent monograph, published by Oscar Riera Ojeda Publishers, does the same for his work at the start of the millennium. It compiles 35 built and unbuilt projects in seven typological "ing" chapters: Living, Learning, Working, Healing, Experiencing, Envisioning, and Traveling. Ironically, at least relative to my comments above, the Learning chapter is one of the shorter chapters, with just four projects; apartment buildings, offices, and museums seem to have preoccupied Johnson more in the first decade of the 21st century. Regardless, each of the four projects — in Chicago, Tempe, Duluth, and overseas, in Luanda, Angola — is built and documented at length through the usual triumvirate of architectural monographs: photos, drawings, and text. Which means the four schools are actually spread across the same number of pages as the seven "working" projects. Oh, and none of those four projects is found on Perkins & Will's website, though two of them are on this blog, as is his firm's hypothetical proposal to cap the Kennedy west of the Loop.
Yet, with nine years between the 2012 copyright of Ralph Johnson of Perkins+Will and now (the firm tweaked their branding, including a change to "Perkins&Will," a couple years ago), it looks like it's time for another monograph on Johnson. It could cover the buildings designed and completed since this monograph, whose most recent project is the Rush University Medical Center, completed in Chicago in 2012. Or perhaps it could go one step further and become a "complete works" and include everything Johnson has designed since he joined Perkins & Will in 1976, after working at Stanley Tigerman's office (something I just learned in this book's bio, not the bio on the firm's website). Both the monographs and website clearly depict the consistent design quality of Johnson's buildings, but having more than forty years of output in one place, in one book, would be valuable for at least the reasons mentioned above. Yes, this monograph's back matter includes some snapshots of a few of Johnson's pre-21st century buildings (plus, it should be noted, Chinese translations of the essays and projects descriptions), but those just further the argument for a more comprehensive treatment of his oeuvre in print.
SPREADS: 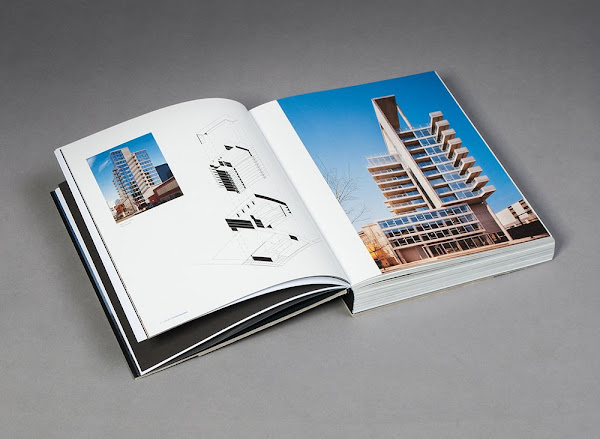 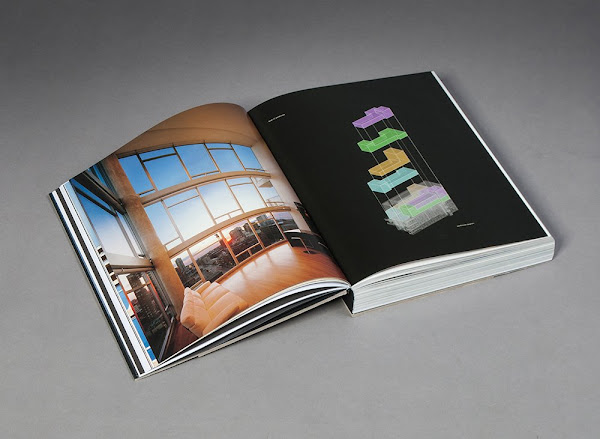 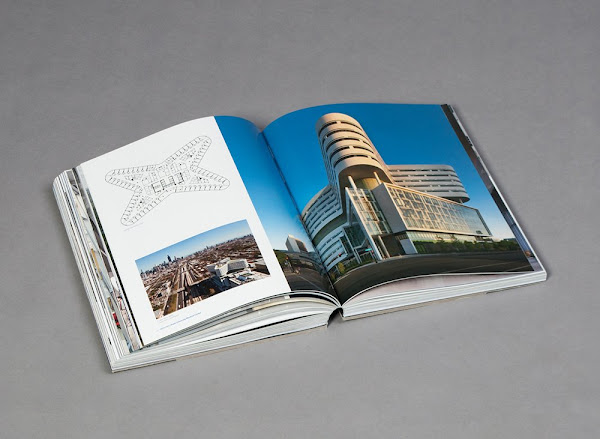 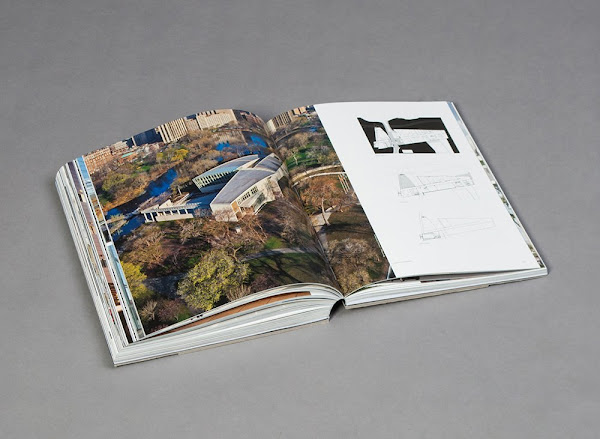