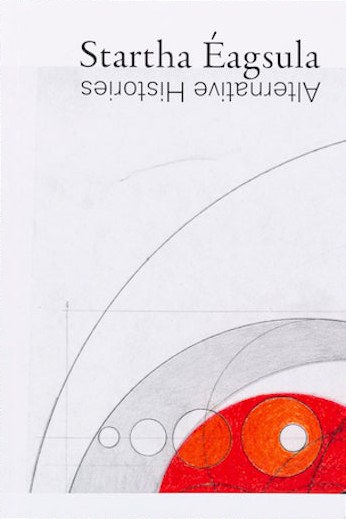 PUBLISHER'S DESCRIPTION:
First presented in London in 2019, Alternative Histories invited 85 practices in the UK and Europe to respond to archival drawings held in the collection of Drawing Matter with models of their own. For the occasion of the show’s presentation at the Irish Architectural Archive in Dublin, the curators invited nine additional Irish or Irish-based architectural practices to join the original five. This catalogue brings together the voices and processes of these 14 participants, providing an opportunity to reflect and to consider contemporary Irish architecture in contexts at once European and historical.
dDAB COMMENTARY:
The last of the three legs of the traveling exhibition Alternative Histories opened on December 3rd at the Irish Architectural Archive, a couple months later than planned due to COVID-19. The exhibition, curated by architects Jantje Engels and Marius Grootveld from Ghent, solicited 85 architects to build models that responded to drawings from the archive of Drawing Matter, based in Somerset, England. The old drawings and new models were documented in the impressive large-format catalog that I reviewed back in November. Marking the exhibition's conclusion is a special supplementary catalog, Startha Éagsula / Alternative Histories, that expands upon the original by adding nine more Irish architects to the five that were in the original exhibition.
The combined fourteen original drawings and new contributions from Irish architects are documented in Startha Éagsula / Alternative Histories, but the presentation is dramatically different from the first catalog in a few ways. First, the format is smaller and the book is bound traditionally with glue, unlike the first's unique folded and stitched construction. Second, most of the contributions are documented through drawings rather than models; this means readers are seeing the process that leads to the exhibition models rather than those finished products. Third and last are the words of the fourteen architects from Ireland, one element that was not part of the first catalog.
Ranging from a few sentences to a few pages, the texts by the architects are particularly illuminating. They are informal glances at how they interpreted the drawing they were given. Sheila O'Donnell and John Tuomey, for instance, discuss their appreciation of Zaha Hadid's architecture, particularly in her early days, and explain how they responded to her perspective studies from 1986 for an office building. Later in the book, Elizabeth Hatz's drawing for her model of Frank Lloyd Wright's Midway Gardens (shown on the cover) is accompanied by prose that touches on World War I, which started one month after Midway Gardens opened, as well as the murders at Taliesin that happened one month later: "In Midway Gardens architecture intersects life, drawing intersects history, energy intersects death." These are just two examples that reveal how architects can be inspired by individual drawings, which in some cases are just a few lines on a piece of tracing paper.
SPREADS: 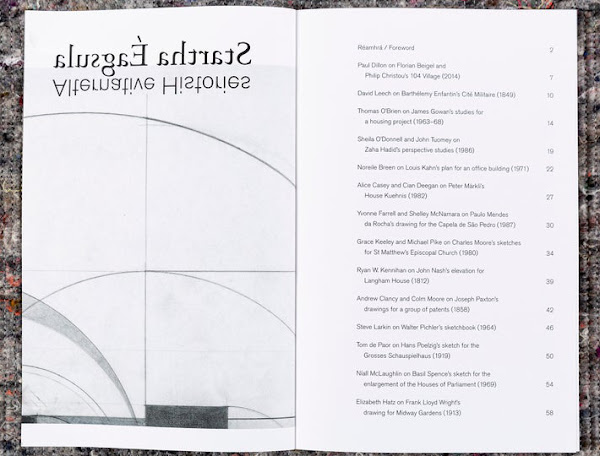 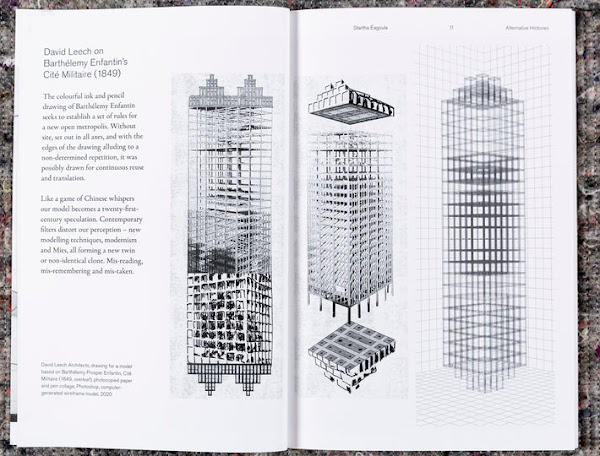 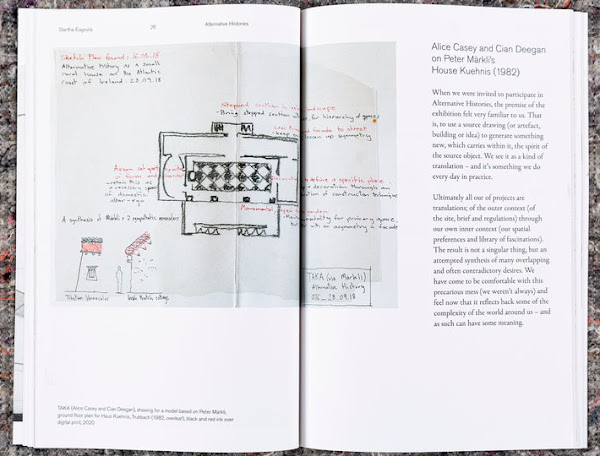 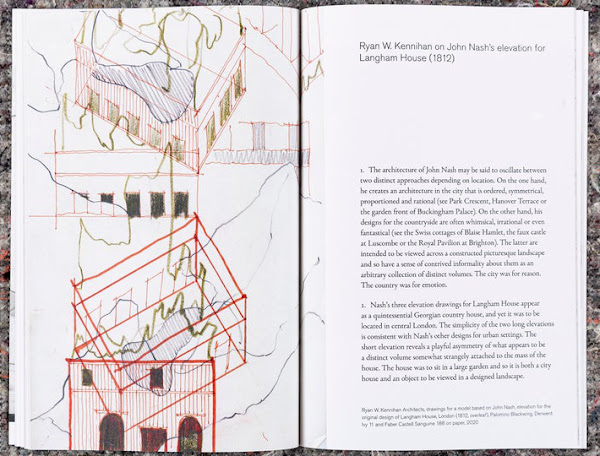