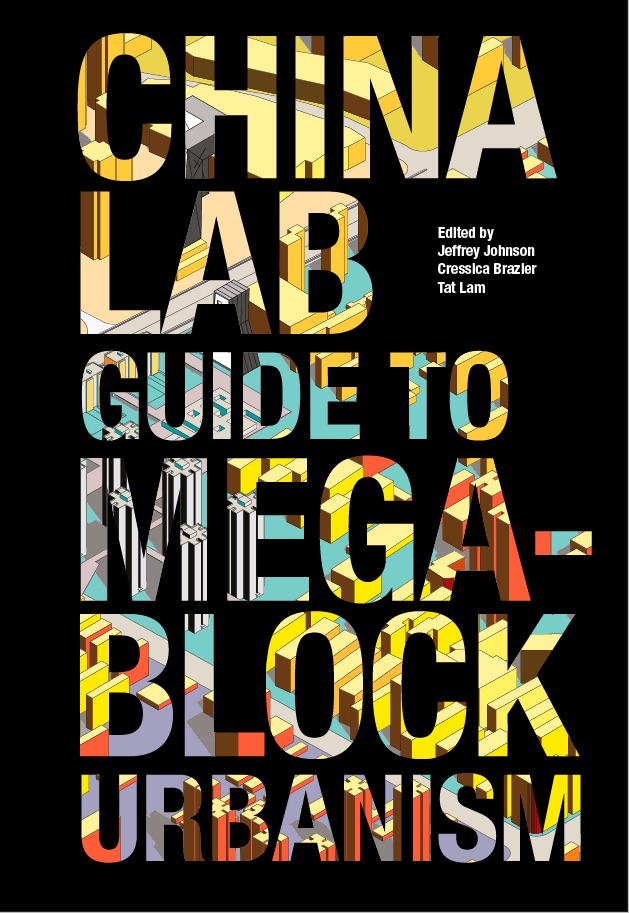 PUBLISHER'S DESCRIPTION:
Superblocks are the basic unit of China’s urban development, but they are also spatial instruments with social, cultural, environmental, and economic implications, operating between the scales of architecture and the city. These redefined ‘Megablocks’ then become laboratories for the consequences, opportunities, and potential global proliferation of Chinese urban models, reconsidered through the filters of ecology, economics, and ethics.
In The Guide to Megablock Urbanisms, the Columbia GSAPP China Lab aims to document a wider conversation on the policies and collective experiences of large-scale development and advances of China’s urban future.
Jeffrey Johnson is the director of the School of Architecture at the University of Kentucky College of Design and a principal of SLAB Architecture. Cressica Brazier is a PhD candidate in the Department of Urban Studies and Planning at the Massachusetts Institute of Technology. Dr. Tat Lam is currently the CEO of Shanzhai City, a social enterprise to research development finance, poverty alleviation strategies, and technological solutions for the bottom billion market.
REFERRAL LINKS:

dDAB COMMENTARY:
The website for the Columbia GSAPP China Lab — carrying the www.china-lab.org URL per a full-page ad in the back of Urban China Bootlegged by C-Lab for Volume from 2009 — no longer exists. The earliest snapshot of the China Lab website on the Wayback Machine, dated February 2008, reveals China Lab Global Charrette 2.0: Mixing Up the Mega-Block, a "collaborative investigation of the urban typologies of China and beyond." Twelve years later, the output of the Megablock Research Project, a research unit "focused on the radical transformation of cities in China as a result of rapid urbanization," is finally in print form, as The China Lab Guide to Megablock Urbanisms.
The quote above comes from the book's introduction by Jeffrey Johnson, former director of the Lab. He continues to explain that the Lab's objective "was to redefine the 'superblock' — the typical urban unit in China that we felt had run its course — into the 'megablock — an urban prototype that holds the promise of fulfilling the social, economic, spatial, and ecological challenges facing the city in the future." But the book "does not offer any solutions, nor does it propose alternatives." So what's its purpose? "To illuminate an urban condition that may provide lessons on how we plan for an increasingly urbanized planet."
Immediately after the introduction is a catalog of 100 superblocks, followed by seven thematic chapters (History, Urbanism, Policy, Economy, Society, Ecology, Export) with scholarly essays, interviews, photo essays, and other contributions. The catalog is short relative to the seven chapters, but it's easily the best part of the book, at least from a visual standpoint. Arranged in alphabetical order, from Baoding to Zhuhai, the 100 superblocks are presented one to a page in a consistent format (third spread below) that shows the massing and context in a large axonometric drawing accompanied by statistics on density, FAR, and other relevant criteria. The consistent layout and good graphics make comparisons among the superblocks easy, even for those few that are found beyond China, such as Stuyvesant Town in New York and Les Tours Aillaud in Paris.
Similar data-heavy graphics reappear at the start of the chapters that follow the catalog, where timelines highlight important events related to each theme, and maps and architectural diagrams draw attention to considerations that range from the scale of the country down to individual projects. Along with the essays and other contributions, the overarching book is a lot to digest. People with a strong interest in Chinese urbanism are obviously the main audience for this book, and they should like it. If it were up to me, I would have extracted the catalog from the whole, blown it up in size a little bit for extra legibility, and made it a standalone book with an undeniably sharp focus — both in theme and presentation.
SPREADS: 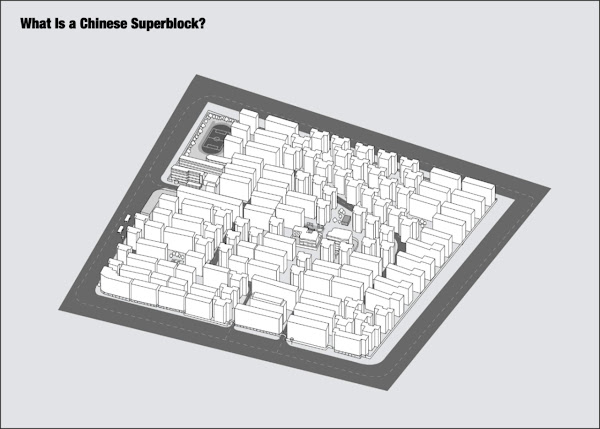 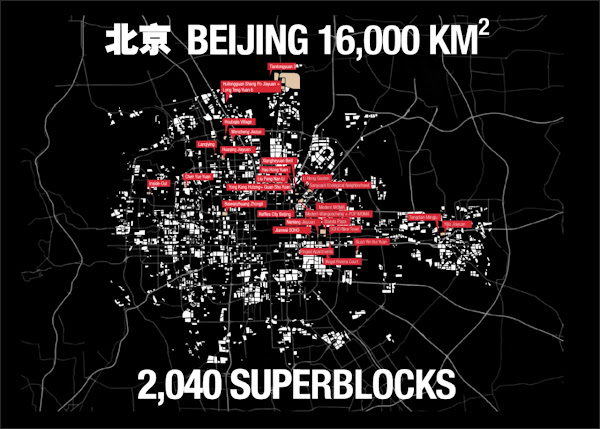 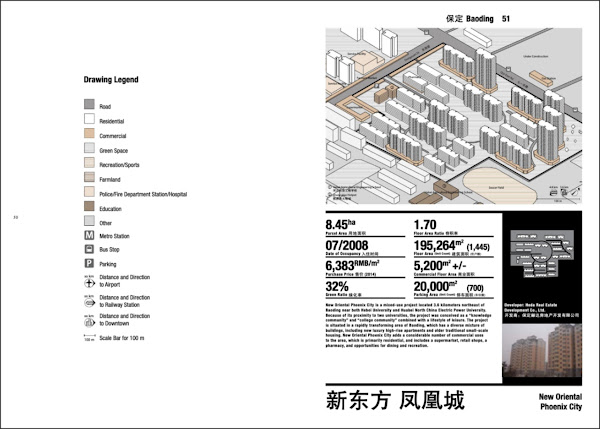 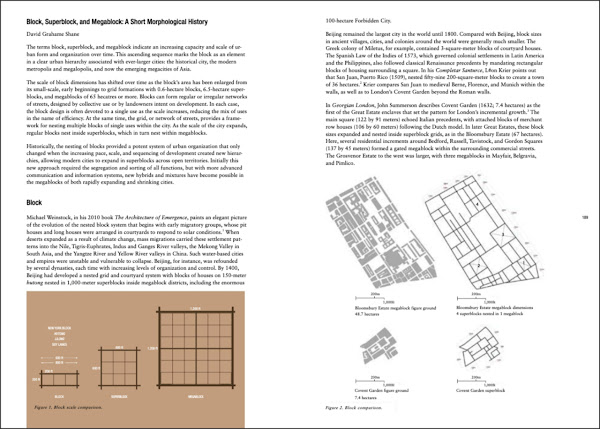 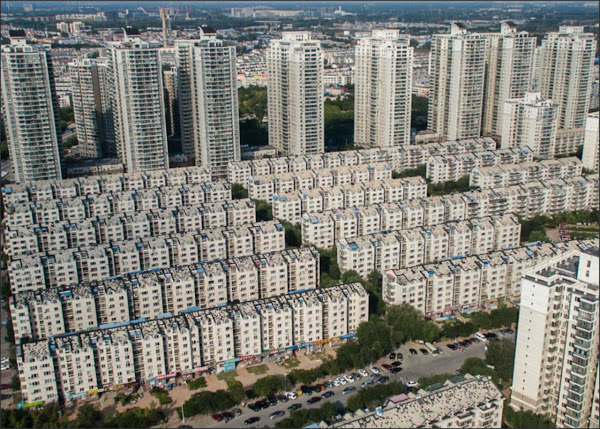