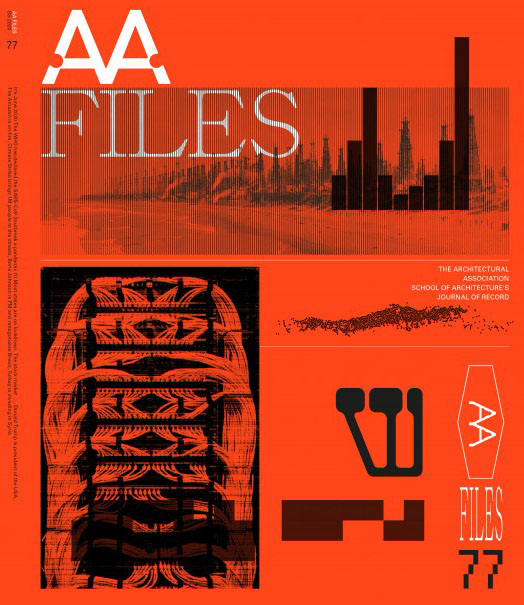 dDAB COMMENTARY:
Oddly, critical silence followed the completion of Apple Campus 2 in Cupertino, California, in 2018. Designed by Foster + Partners as a ring in the landscape, the much-anticipated building was off limits to architecture critics — to most people, actually — leading to a lack of first-hand critiques. Therefore the only reviews to be found were from a distance, either focusing on the urban demerits of, or the hype around, the massive, nearly decade-long project. Things were a bit different a few years earlier, when Facebook moved into MPK20, its new home designed by Gehry Partners in Menlo Park, twenty miles north of Apple's campus. Employees were allowed to post a curated selection of photos of the new office environment to Instagram, the photo app owned by Facebook, and articles on the building were in abundance, including reviews in the LA Times and the Wall Street Journal. I'm mentioning Apple and Facebook here since one of the standouts in the latest issue of the Architectural Association's AA Files is Georgios Eftaxiopoulos's in-depth review of MPK20. It's the kind of review that can only be pulled off in an academic setting, be it AA Files or The Avery Review or JAE. It is long; it explores a lot of territory within and beyond architecture; it has an abundance of footnotes (maybe even an overabundance, to the point of distraction — three footnotes in one sentence?!); and it has a number of drawings, by the author (first spread, below), accompanying the photographs (second spread).
The review falls under "Labour," one of eight sections used to organize the sixteen "files" that comprise most of the issue. Other themes for the paired files include "Care," "Economy," "Logistics," and "Resistance." As explained by issue editor Maria Sheherazade Giudici, these one-word themes are pulled from an ongoing glossary of terms carried out by the AA and started in a previous issue of AA Files. It sounds like what Eva Franch i Gilabert presented at The World Around in January 2020, "Architecture in Translation," the Graham Foundation-funded project that "identifies terms, concepts, and values inherent to different linguistic and cultural contexts to produce a 'multilingual dictionary of architectural terms' in the twenty-first century." I'm not sure how the production of issue 77 overlapped with the firing of Franch i Gilabert last year, but there appears to be a strong correlation between the paired contributions and their respective terms. The essay on MPK20, for example, illuminates how the engineers, Mark Zuckerberg included, actually work in the Gehry-designed "largest room in the world."
Other highlights of the issue include AA's interview with Geoff Manaugh and Nicola Twilley, who curated the 2010 exhibition Landscapes of Quarantine and are finishing a book about quarantine. Their timely contribution in the "Care" section of this pandemic-era issue is echoed by the "Home" section at the back, where a number of contributors discuss their experiences in their places of lockdown. Christophe Van Gerrewey, editor of the great OMA/Rem Koolhaas: A Critical Reader, delves into Nikolaus Pevsner's little known Some Architectural Writers of the Nineteenth Century in the "Project" section (third and fourth spread), while Franco Martelli and James Westcott, in "Environment," discuss the late Douglas Tompkins' efforts to protect parts of Patagonia in Chile. Uniting the divergent stories and themes is a pleasing design by Pentagram that uses the eight terms as a way to organize the issue.
SPREADS: 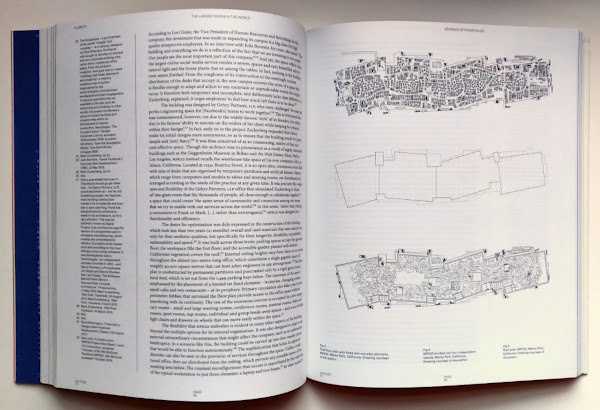 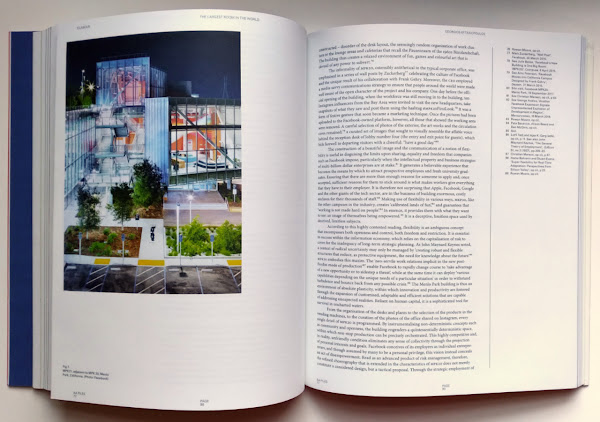 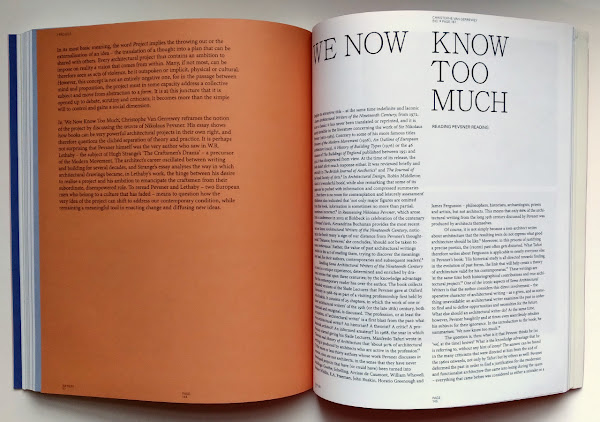 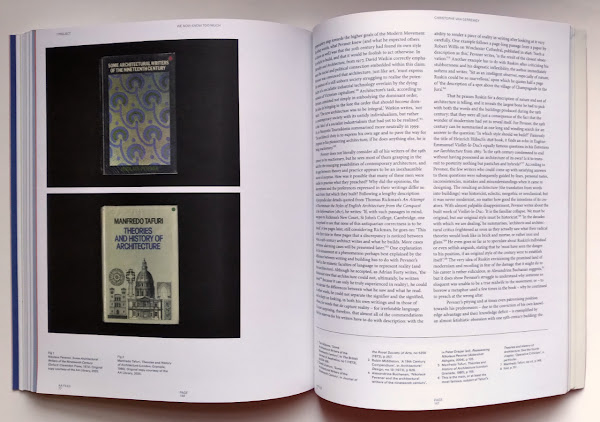