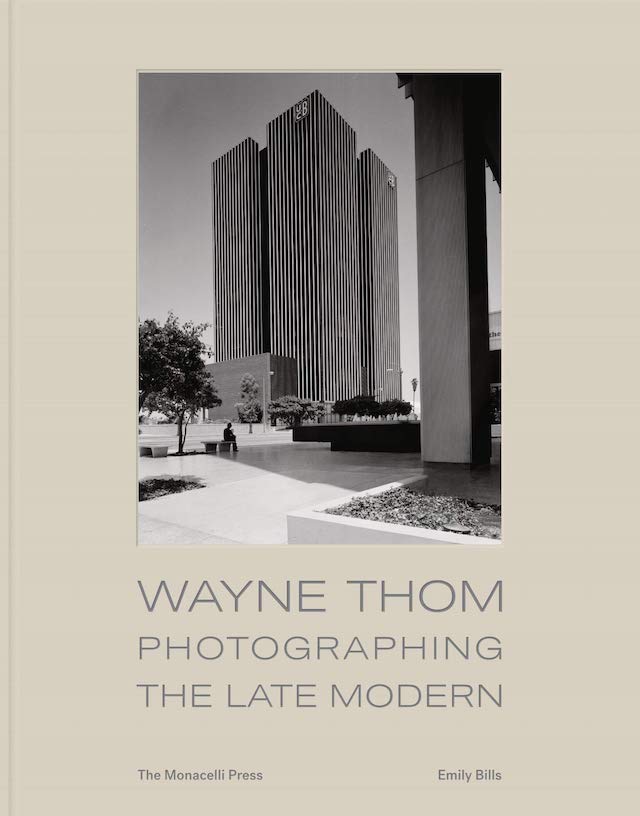 PUBLISHER'S DESCRIPTION:
A key primer to late-twentieth century Modernism, this monograph devoted to Wayne Thom chronicles his photographic practice and the architectural and urban environment in which he worked. An innovative chronicler of the booming West Coast urbanism of the 1960s and 70s, Thom’s photographs of key projects by path-breaking architecture firms such as William Pereira & Associates, Edward Durell Stone, SOM, Gio Ponti, John Portman, I. M. Pei, and A. Quincy Jones helped establish the idea of cool architectural glamour of the era.
Raised in Hong Kong, Thom moved to California in the mid-1960s and trained in the technical craftsmanship of photography, adept at harnessing natural light for both interior and exterior compositions. He soon began working with the figures who would become his clients and benefactors, most importantly William Pereira and A. Quincy Jones, a prolific architect and Dean of the School of Architecture at USC.
As Emily Bills critically assess Thom’s career, she demonstrates that his photography became inseparable from Late Modernism in the popular imagination, a period of architectural production that ran from the late 1960s through the 1980s. Wayne Thom: Photographing the Late Modern is a celebration of this key architectural photographer and a unique chronicle of the works of this transformative period of architectural expression. ...
Wayne Thom was born in Shanghai in 1933. His work, which spans five decades, documents modern architecture throughout the Western United States and the Pacific Rim, with the bulk of his work documenting the greater Los Angeles area. Emily Bills is an author, curator, and faculty at Woodbury University. Dr. Bills has contributed essays to books on architectural and urban history, including Michigan Modern: Design That Shaped America and Visual Merchandising: The Image of Selling.
REFERRAL LINKS:

dDAB COMMENTARY:
On page 82 of Photographing the Late Modern, in a chapter titled "The High-Rise Guy," is one of Wayne Thom's photographs of SOM's Bank of America Data Center, built in San Francisco in the late 1970s. Instead of a view of the tower's exterior, we see an interior (second spread, below), a large, low room that is free of people but full of computer disc drives — at least I'm guessing that's what they are, even though they look like washing machines. On the opposite page is another corporate interior, the offices of Capitol Records in Newbury Park, California, designed by Maxwell Starkman & Associates one decade earlier. The office's receding perspective mirrors the data center, but here the space beneath the grid of fluorescent lights is occupied by women sitting at desks, typing on typewriters. This pair of images is not alone in conveying how Wayne Thom managed to capture two -isms across much of his career: Late Modernism and Late Capitalism.
At the end of 2015, Woodbury University hosted an exhibition organized by the Julius Shulman Institute, Matter, Light and Form: Architectural Photographs of Wayne Thom, 1968–2003, which coincided with the retirement of the then 82-year-old architectural photographer. Thom's career started in 1968 with his first paid commission, photographing a courthouse in Kern County, northeast of Los Angeles. In those years his contemporaries were Balthazar Korab in Detroit, Ezra Stoller in New York, and the photographers at Hedrich Blessing in Chicago. Accordingly, Thom developed a similar regional focus, shooting buildings in Los Angeles and other parts of California, as well as Arizona, Colorado, British Columbia, and other parts of Western North America, with forays to Hawaii and Singapore. But as much as Wayne Thom is Late Modernism and Late Capitalism, he is Los Angeles even more. To wit, Emily Bills's impressively thorough account of Thom's career points out how the photographer's flat fee system included travel expenses, but just for buildings outside his base of Los Angeles County.
Photographing the Late Modern is structured into four chapters: "Visual Sculpture," "The High-Rise Guy," "Mirrored Modernism," and "Expanding Cities, Expanding Practice." The two middle chapters clearly relate to the corporate modernism of the 1960s, 70s and 80s, captured by Thom as Los Angeles and other downtowns in the American West ballooned with office towers. As explained by Bills, Thom's portfolio of tall buildings for corporations was partly timing, with his career following the heyday of Midcentury Modernism's residential architecture, famously documented by Julius Shulman, and his willingness and ability to photograph vertically, which developed out of his technical education at the Brooks Institute. Looking at the photographs in those two chapters, it's easy to imagine some of them gracing the covers of Progressive Architecture, as they did, but just as many finding their way onto the fronts of corporations' annual reports.
Looking at page after page of Thom's remarkable photographs (not all the buildings he photographed were remarkable though), I tried to find one that would stand out as an icon of architectural photography. Shulman has Case Study House no. 22; Korab has Saarinen's TWA Flight Center; Stoller has Mies's Seagram Building; and Hedrich Blessing has Mies himself. What about Thom? Perhaps because of his regional focus and his most active years overlapping with mirrored Late Modernism, nothing jumps off the page as an instantly recognizable icon like those by his contemporaries. While there are some that could be candidates —  Security Pacific National Bank (third spread) or CNA Park Place Tower (fourth spread) or UC San Diego Library, among others — perhaps Thom's skill was not creating iconic images. Instead, it was about capturing every building at an equally high level. That Thom worked when and where he did means his photographs are the perfect historical document for the ascension of corporate America, both in cities and in society.
SPREADS: 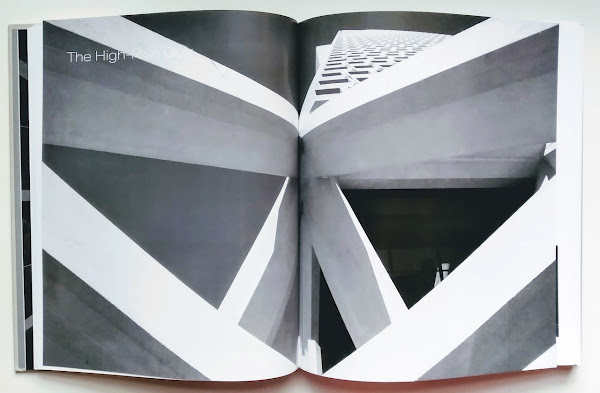 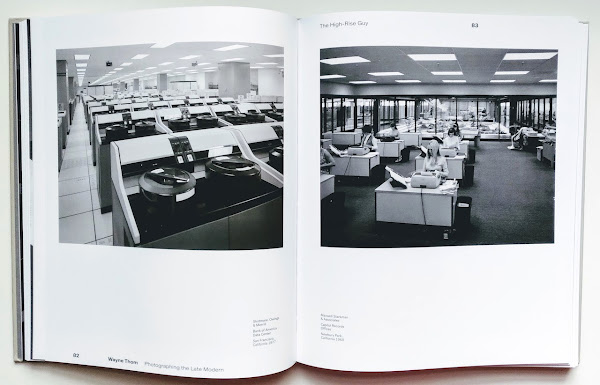 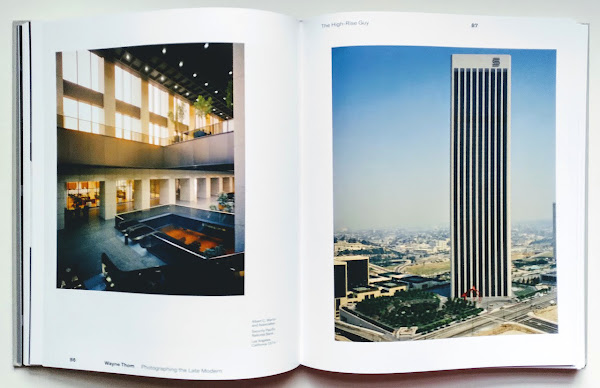 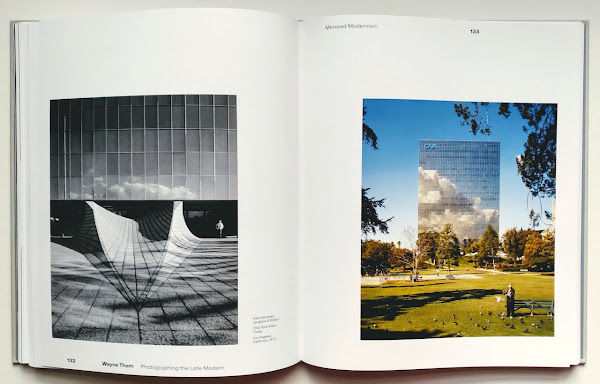