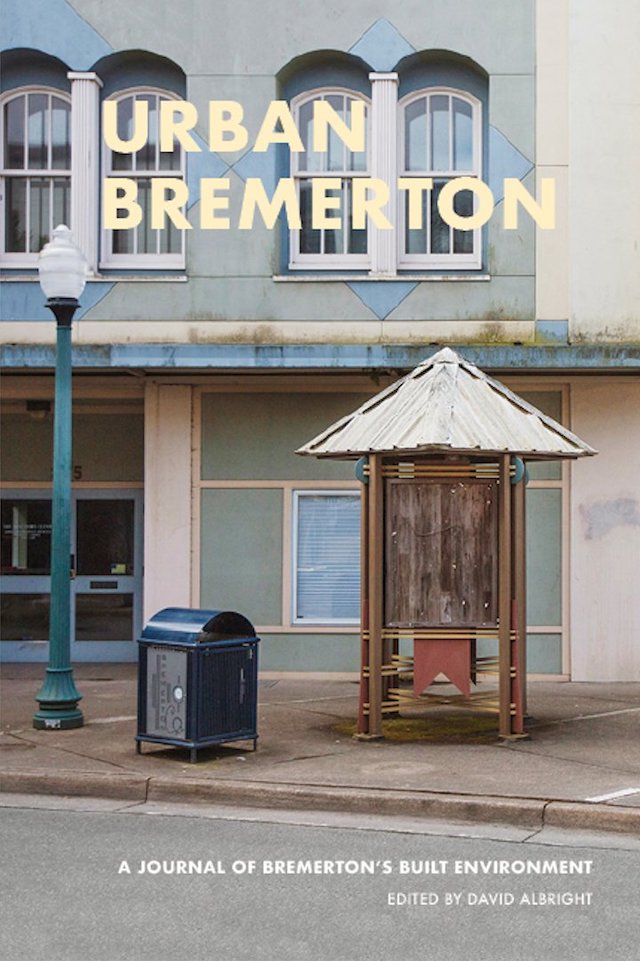 BOOK DESCRIPTION:
When people talk about Bremerton, they often talk about what surrounds it—the ferries, the water, the mountains. They place it in the past—how it boomed in WWII, or give a nod to the future—“it has so much potential!”
But what about the city itself, today?
When the COVID-19 pandemic hit, I filled my time by walking about the city photographing the buildings and streetscapes that caught my eye. This journal is the result of those walks, accompanied by essays and reflections from local writers. The goal is to capture the spirit of Bremerton - not the spirit of its historical heyday or it’s imagined future, but as it exists today.
David Albright a freelance journalist & video producer based in Bremerton and Seattle. His journalism work has been featured in The National Science Foundation, PBS, Reuters, The Seattle Channel and others. Through his production company David Albright Media he has created content for brands like Allrecipes.com. Pilchuck Glass School, XNOR.AI, The University of Washington, Amazon and many others. He serves on the board of the Kitsap Community Food Co-op, and runs the blog UrbanBremerton.com.

dDAB COMMENTARY:
Where is Bremerton? Before receiving this book in the mail, my answer would have been, "beats me." After reading Urban Bremerton, not only do I know where Bremerton is located — a one-hour ferry ride west of Seattle — but I feel like I have a decent feel for the small city as well as some of the people who choose to call it home. David Albright, who made the book after he wandered the city taking photographs in the pandemic year of 2020, describes the downtown's "art-deco flourishes" and the "quirky" neighborhoods around it with their "tiny cottage homes arranged chaotically along alleyways." Elsewhere, one of the numerous contributors to the book compares Bremerton to "Seattle before the dramatic changes of the 2000s," while another says "it doesn't feel like in 10 years it's going to be the 'next Seattle.'" Put another way, Bremerton has a certain authenticity that is missing from many places in and around today's American cities, where gentrification displaces residents and demolishes older buildings of character in favor of larger market-driven developments. It happened in Seattle and it's slowly happening in my neighborhood of Astoria, Queens.
For me, reading Urban Bremerton felt a little bit like being in a time warp. Sure, there are new projects in the city, as evidenced in the third photo below, but Albright tends to hone in on idiosyncratic buildings from earlier decades. Modern-day Bremerton was built on the shipyards that were started in the 1890s and are still in operation today. No wonder the book begins with the handsome South Court Apartments, which were designed by A.H. Albertson for workers in the shipyards. Most of the buildings documented in the book, though, tend to be anonymous: cottages, commercial storefronts, a rooftop sign for Manette TV. One element that draws Albright's attention, and earned it a spot on the cover, is the "lonely message board" in the midst of a downtown that appears very lonely as well — at least during the pandemic. Actually, all of Urban Bremerton looks empty, with nary a resident in sight. No doubt the absence of people was a mix of editorial choice and coronavirus circumstance, but it leads readers like myself to focus on the buildings while looking at the photos and let the words of the contributors stand in for the people not in the photos.
Flipping through Urban Bremerton makes me think that similar books could exist for just about any city or neighborhood. All it takes is a curious person who has the time and energy to explore a place on foot (the best way to truly experience places) and discover what makes it unique. In my years in this corner of Queens, I've found myself drawn to what I call "Astoria Portals": tunnel-like entries to residential courtyards. There probably isn't a book waiting to happen with my photos of that narrow subject, but as I write this I can't help wonder if the buildings with these portals will be here in ten or twenty years. Likewise, although the voices in Albright's book are optimistic that "shockingly quiet" Bremerton won't be the next Seattle, what if the charms that drew them to the city in the Puget Sound eventually lead to its dramatic transformation? If something like that does happen, at least there is Urban Bremerton, a snapshot in time of a "quirky" city.
PHOTOS: 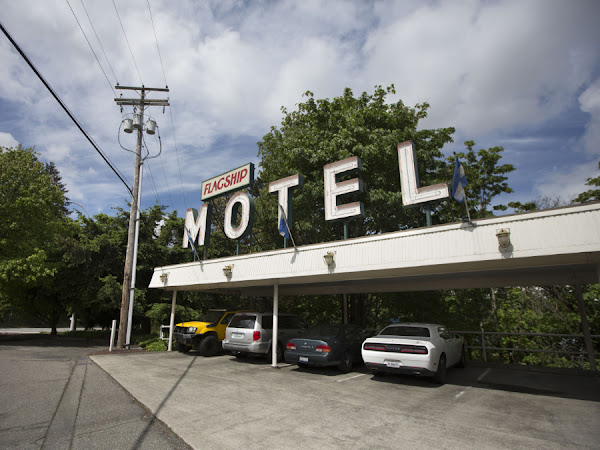 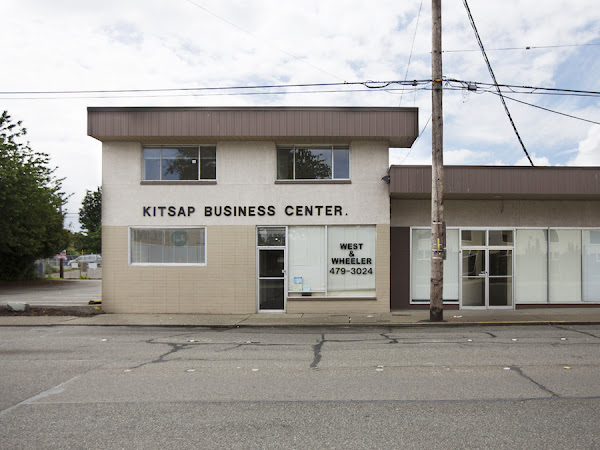 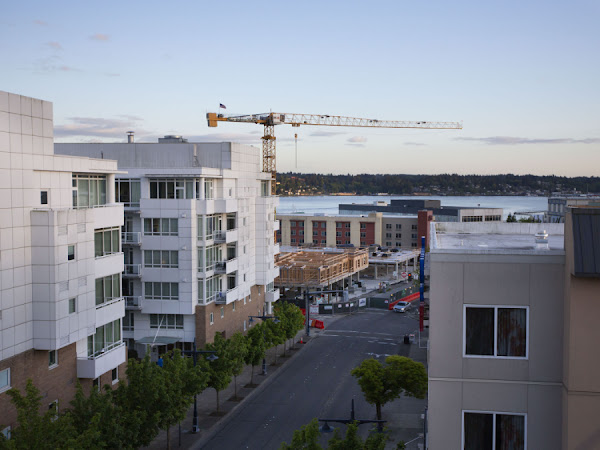 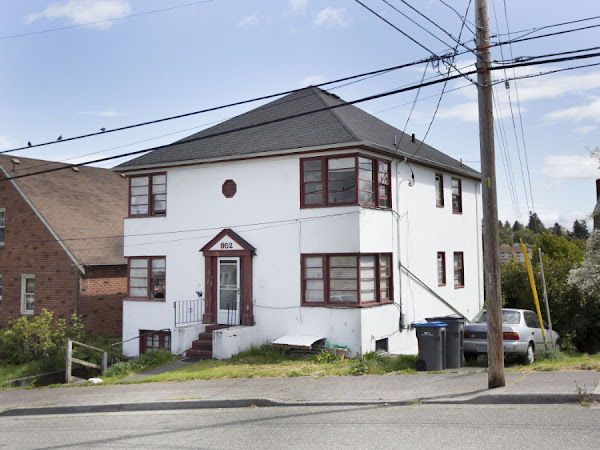