Housing and the City 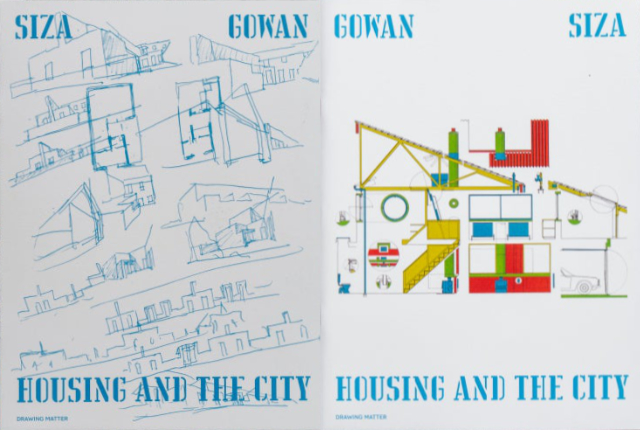 PUBLISHER'S DESCRIPTION:
As Ellis Woodman points out in his Introduction to this extensively illustrated discussion of the housing projects of Álvaro Siza and James Gowan, this publication frames an encounter between the work of two men who might be considered an unlikely pairing. However, both men were engaged in critical response to the tenets of the Athens Charter that they sought to resolve in their low-cost housing experiments of the 1960s and 70s. The implications of the different social, political and economic contexts in which they enacted this difficult task makes the juxtaposition of their work a fascinating and fruitful process of discovery.
Reflecting the spatial disposition of the Housing and the City exhibition held at the Architectural Association in 2017 and curated by Ellis Woodman and Manuel Montenegro, this book has two sides – hence its description as a Z-fold publication. The principal side introduces the content of four themed vitrines, and is accompanied by the narrative voice of Manuel Montenegro, distilled into text and accompanying a deliberately loose arrangement of drawings and archival material. Ellis Woodman and Tony Fretton add essential reflections on the context and characters of the housing projects, and of Álvaro Siza and James Gowan themselves, to frame these themes. On the other side, the four housing schemes around which the book is based are described in a more formal way, echoing the four large panels that introduced the original exhibition.
dDAB COMMENTARY:
Four years ago last month, the Architectural Association in London hosted an exhibition, James Gowan and Álvaro Siza: Housing and the City, that "offered a close comparative reading of the design process within housing projects by James Gowan (1923-2015) and Álvaro Siza (b. 1933)." In particular, the show focused on "the specific architectural problems that confronted both architects when addressing the typologies of stacked maisonettes and terraced houses in the decades after 1963." I'm not exactly sure what the year 1963 marks, if anything, but I was reminded yesterday, when watching Kenneth Frampton give the University of Liverpool School of Architecture's inaugural Robert Maxwell Memorial Lecture, that the late 1960s and early 1970s saw architects in Europe and North America exploring low-rise housing and other alternatives to the towers-in-the-park housing projects that predominated after World War II. Frampton himself did it New York, just as Gowan did it in England and Siza in Portugal.
The 2017 exhibition was curated by Ellis Woodman and Manuel Montenegro and it was organized by the AA with Drawing Matter, the last of whom put out this companion catalog. Like many of the other Drawing Matter publications I've reviewed, Housing and the City is formally innovative, exploiting the possibilities of printing books without being hindered by the economies of large print runs and wide distribution. In this case, the book has a Z-fold (hinted at by the two covers, above), in which one side of the book has 64 pages of drawings by the architects and commentary by the curators/authors (plus an essay by Tony Fretton), and the other side has eight pages of project descriptions and architect biographies. The large paper size means the slim book is not short on content; even when the drawings don't fill the page, they are plenty big.
Just like the exhibition, the book highlights two projects by Gowan (Trafalgar Road Housing, Greenwich, 1964–68, and East Hanningfield Housing, Essex, 1975–78) and two by Siza (SAAL Bouça Housing, Porto, 1972–2007, and Florbela Espanca Cooperative Housing, 1979–81), but instead of individual presentations, the projects are discussed in terms of four themes that comprise the book's four chapters: "Context," "Inhabitation," "Typology," and "Construction." So in the first chapter, for instance, the projects by the "unlikely pairing" sometimes face each other on opposite pages, with the text discussing the differences and similarities of both, while on some pages individual drawings are framed with a border and then analyzed in depth, though still in relation to the other architect. This format pervades the four chapters, allowing the four projects to weave together.
All of this begs the question: what is the relevance of these projects now, four or five decades later? In 1972, as the exhibition text linked above points out, Pruitt-Igoe was demolished, the outcome of a long critique of high-rise public housing. That year, Alison and Peter Smithson's Robin Hood Gardens was completed, only to find the same fate as Pruitt-Igoe 45 years later — around the time the AA exhibition was taking place, not coincidentally. The exhibition and book therefore aimed to "reconsider the particular problems of public housing design" and "understand the poor public reception that they have received as models for inhabitation." Noble and valid intentions certainly, but if you're like me, you might end up spending most of your time just looking at the drawings.
SPREADS: 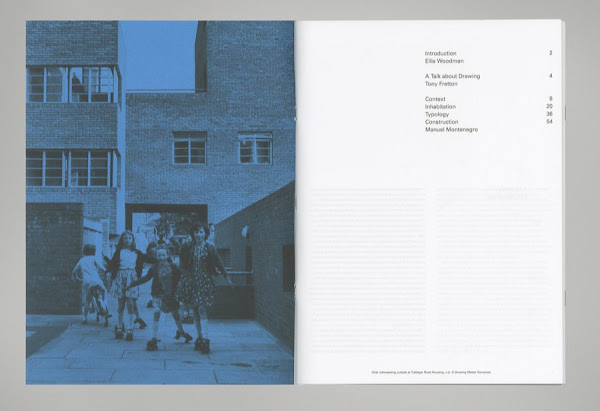 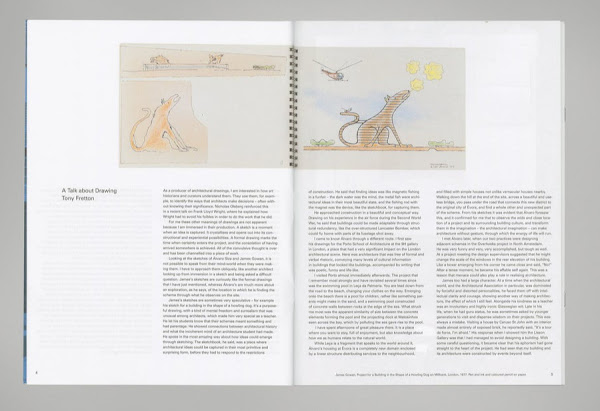 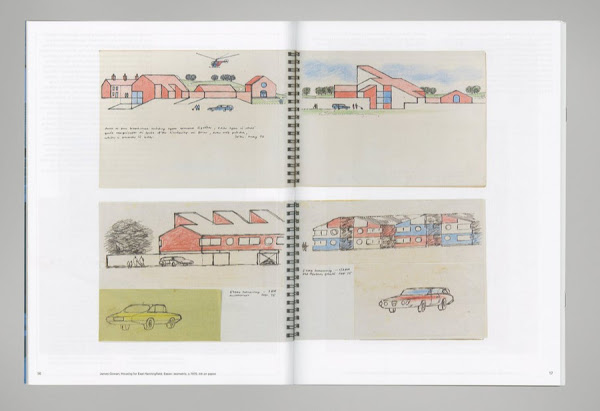