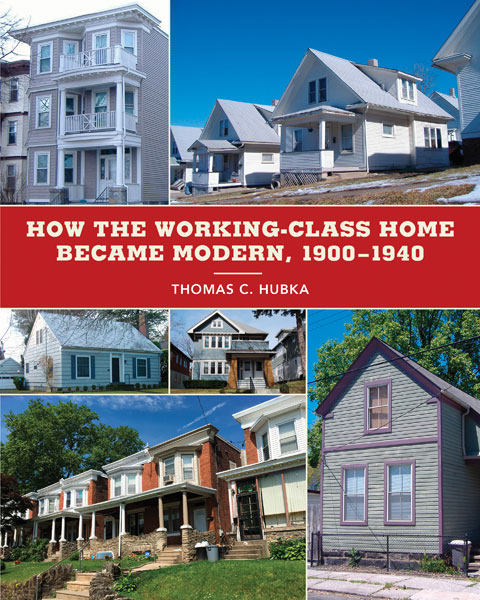 PUBLISHER'S DESCRIPTION:
At the turn of the nineteenth century, the average American family still lived by kerosene light, ate in the kitchen, and used an outhouse. By 1940, electric lights, dining rooms, and bathrooms were the norm as the traditional working-class home was fast becoming modern—a fact largely missing from the story of domestic innovation and improvement in twentieth-century America, where such benefits seem to count primarily among the upper classes and the post–World War II denizens of suburbia. Examining the physical evidence of America’s working-class houses, Thomas C. Hubka revises our understanding of how widespread domestic improvement transformed the lives of Americans in the modern era. His work, focused on the broad central portion of the housing population, recalibrates longstanding ideas about the nature and development of the “middle class” and its new measure of improvement, “standards of living.”
In How the Working-Class Home Became Modern, 1900–1940, Hubka analyzes a period when millions of average Americans saw accelerated improvement in their housing and domestic conditions. These improvements were intertwined with the acquisition of entirely new mechanical conveniences, new types of rooms and patterns of domestic life, and such innovations—from public utilities and kitchen appliances to remodeled and multi-unit housing—are at the center of the story Hubka tells. It is a narrative, amply illustrated and finely detailed, that traces changes in household hygiene, sociability, and privacy practices that launched large portions of the working classes into the middle class—and that, in Hubka’s telling, reconfigures and enriches the standard account of the domestic transformation of the American home.
Thomas C. Hubka is professor emeritus of architecture at the University of Wisconsin–Milwaukee and author of Big House, Little House, Back House, Barn: The Connected Farm Buildings of New England; Resplendent Synagogue: Architecture and Worship in an Eighteenth-Century Polish Community; and Houses without Names: Architectural Nomenclature and the Classification of America’s Common Houses.
REFERRAL LINKS:

dDAB COMMENTARY:
Ten years ago this May I started writing for Houzz, eventually contributing two years worth of "Ideabooks," most of them about modern residential architecture. With such a focus, a lot of the houses I wrote about were big, and a lot of the comments from readers took aim at that fact. My pat response was that ideas can cross scales as well as styles; a homeowner need not see a near-duplicate of their own house to find a solution applicable to them. Even so, I'll admit it's disconcerting to look for inspiration on a website like Houzz and be confronted with houses that are big and expensive: houses that can only be attained by the very few.
This sympathetic shift is coming to me now after glancing through Thomas C. Hubka's How the Working Class Became Modern, which focuses on the majority — the middle-class American houses that started to proliferate in the first half of the 20th century. Far too many books on single-family houses — be they histories, collections of contemporary houses, or some other approach to them — limit themselves to the exceptional ones at the far end of the economic and social spectrum. Such an emphasis then puts the baseline for issues in residential architecture above most people's means; or it goes to the other extreme, like Jacob Riis, and looks just at the lowest of the low. By honing in on that substantial yet overlooked chunk of society between the rich and the poor, Hubka is setting his book apart from the hundreds, if not thousands, of books on American houses.
I grew up in a small ranch house that would certainly fit into this middle majority, but it was built after World War II, when, as Hubka argues, the incorporation of certain technologies and changes in floor plans — the things that made the working-class home modern — had already become fairly well established. A focus on the decades before WWII means the type of house discussed the most in the book is the bungalow, that modest but wonderful type that makes up a large part of the vernacular housing stock in Chicago and other cities. Following a chapter in which Hubka counters prevailing theories on housing and one on the conditions of housing at the turn of the century, the third chapter lays out the important features that improved housing for the middle class, highlighting the "common bungalow ... as a summary example of modern domestic reform." The balance of the book's five chapters looks at new and remodeled houses beyond bungalows and addresses myths of "downsizing" at the turn of the century.
How the Working Class Became Modern is clearly a history, and a very nuanced one at that, but one aspect of it that departs from other histories — residential or otherwise — is the abundance of original drawings. Done by the author with Erik Larson, the drawings in the book range from bubble diagrams and charts to elevations and floor plans. The skilled use of lineweights makes them all easy to read and beautiful on the page. Of course, they are not eye candy; they are aligned with the author's desire to trace the changes in middle-class housing a century ago, changes best seen in the enlargement of floor plans and the arrangement of their rooms. Architects, historians, housing advocates, and other people interested in the houses most Americans live in should find much to like in How the Working Class Became Modern.
SPREADS: 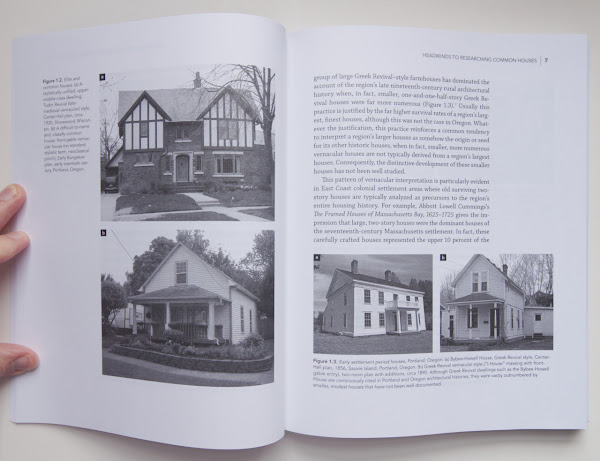 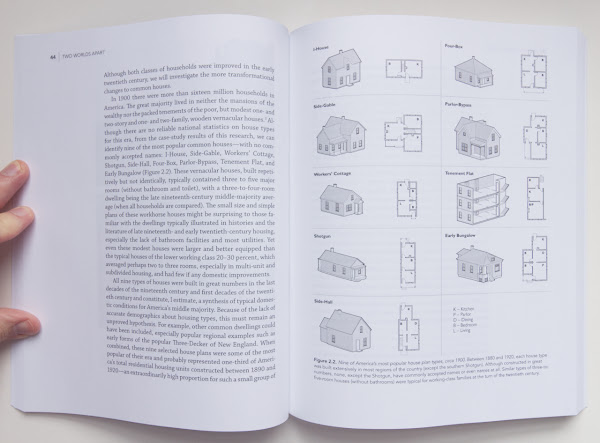 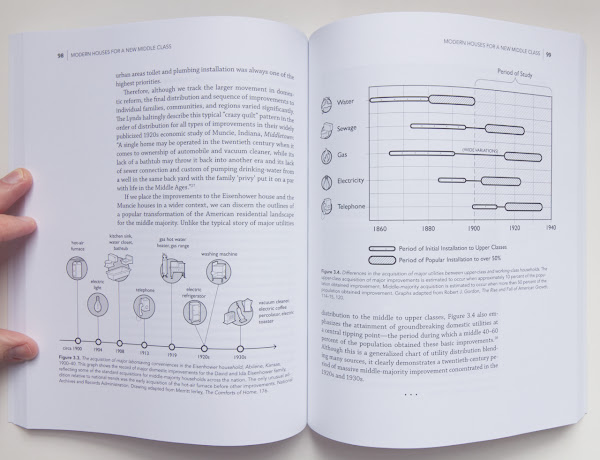 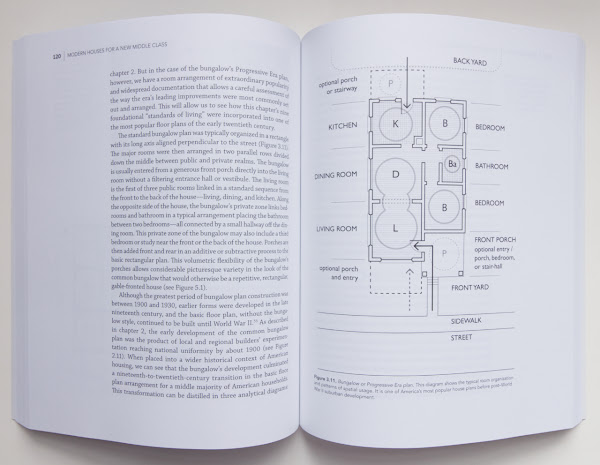