It's a Helluva Town 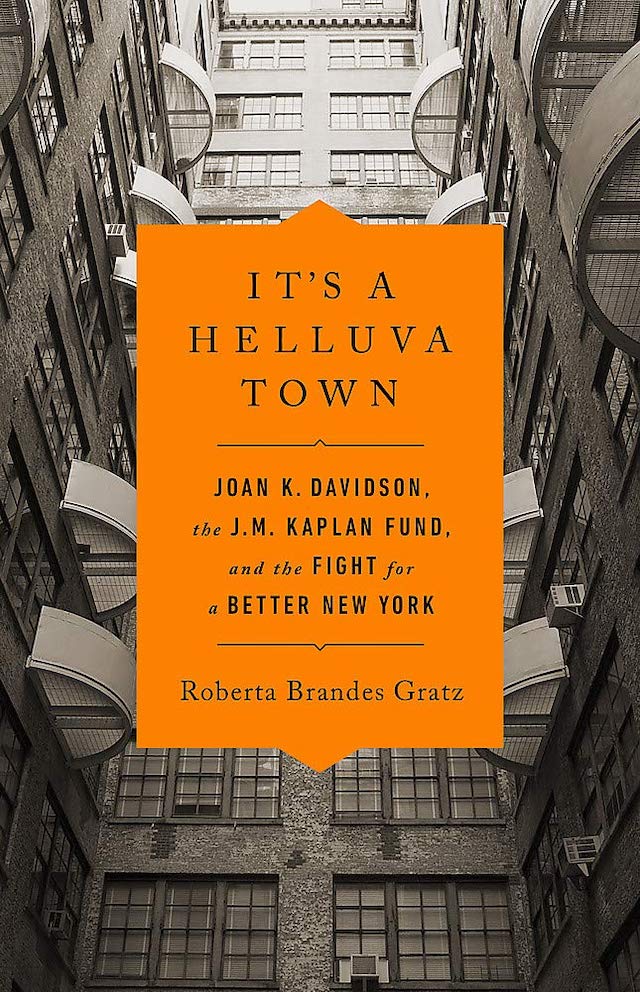 PUBLISHER'S DESCRIPTION:
The J.M. Kaplan Fund was established in 1945 by Jacob M. Kaplan, and would go on to play a critical role in New York City's cultural and urban life. Kaplan's long leadership of the Fund (1945-1977) was marked by determined advocacy, including the effort to save Carnegie Hall from destruction, support for institutions like The New School for Social Research and the South Street Seaport Museum, as well as to bolster the cause of union democracy, the arts, and the co-operative movement. Since the 1970s, the Fund has been led by Kaplan's daughter, Joan K. Davidson, who has led the Fund to its current place as a forceful presence in New York City's civic life, supporting the Westbeth Artists Housing, Greenmarkets, and more.
Roberta Brandes Gratz is an award-winning journalist, urban critic, lecturer, and author who has published four previous books, including most recently We’re Still Here Ya Bastards: How the People of New Orleans Rebuilt Their City and The Battle for Gotham: New York in the Shadow of Robert Moses and Jane Jacobs.
REFERRAL LINKS:

dDAB COMMENTARY:
Although her name is the first in the book's subtitle, and her face the first photo in its pages (first spread, below), It's a Helluva Town is not a biography of Joan K. Davidson. Nor is it simply the story of Jacob Merrill Kaplan, founder of the namesake J.M. Kaplan Fund and Davidson's father. (Davidson was president of the Fund from 1977 until 1993.) As the full subtitle — Joan K. Davidson, the J.M. Kaplan Fund, and the Fight for a Better New York — hints, this is a book about a philanthropic organization, the family members who have put their energy behind it, and the city that has been the canvas for their actions. Most accurately, Roberta Brandes Gratz's book is a story about New York City in the 1970s and 80s, when its finances were low, developers wanted to tear down as much as they could, and preservationists battled to save as much as they could.
Restricting itself to preservation efforts funded by the J.M. Kaplan Fund, the book focuses on a handful of battles, some successful (Carnegie Hall on West 57th Street), some not (two theaters torn down in Times Square for a John Portman building, visible in the fourth spread). Two projects caught my interest, in large part because they overlap with an area I've trekked a lot of times when giving walking tours (back in the pre-pandemic days, at least) in Manhattan's West Village. One of these projects is Westbeth Artist Housing, known to many architects as an early Richard Meier project, though one that shows no traces of his signature white-surface modernism. Westbeth is, after all, the conversion of the former Bell Labs, which decamped to an Eero Saarinen complex in New Jersey in the early 1960s; as such, Westbeth looks like an assemblage of old buildings, one of which had the High Line running through it (second spread). Gratz's text illuminates the project's history but also repeatedly reminds readers how exceptional the adaptive reuse affordable housing was — and how much more attention it should be given now.
The second project I was drawn to is Westway, the proposed six-lane highway that would have been tunneled into new landfill in the Hudson River between Battery Park City and 42nd Street — and further north still, if the first part ever happened. I'm one of the people, as Gratz points out, who was "born in the 1970s and later" and therefore doesn't know much about this "high-stakes" conflict. To me, this stretch of the West Side is simply part of Hudson River Park, a 500-acre success story that began in the 1990s and should (finally) be completed this decade. Before the park was the proposed Westway, which would have created its own large park (designed by Robert Venturi and Denise Scott Brown, as displayed in this PDF) but also would have devastated the river's marine habitats. And that's how I always understood the fight over Westway: environmentalists versus, well, everybody else. But Gratz gives the most succinct and revealing history of Westway I've encountered, pointing out how the battle was ultimately about cars versus public transit and how proponents of the project manipulated public talking points over its long, drawn-out debate. Not all the credit for stopping Westway can go to the Fund, but the proposed highway's proximity to Westbeth makes it an important element in Gratz's book as well as fodder for my walking tours, whenever they resume.
Another part of the book I found of interest are the Fund's underwriting of publications, many of them focused on historical preservation. Gratz mentions, in a chapter on historic preservation "coming of age," just a few of the many books that furthered the cause of preservation by allowing authors to research and document particular parts of the city in detail. Andrew S. Dolkart's The Texture of Tribeca, to take one example that I have in my library, was part of the effort to (successfully) create a historic district in "the triangle below Canal Street." Gratz also mentions Furthermore, which "supports publication of nonfiction books that concern the arts, history, and the natural and built environment." Davidson founded Furthermore in 1995 and that is how I first heard her name, when I tried (unsuccessfully) to get one of the grants for my first book. Little did I know more than a decade ago how Furthermore was just one small part of her and her family's huge efforts to make an impact on the city she calls home.
SPREADS: 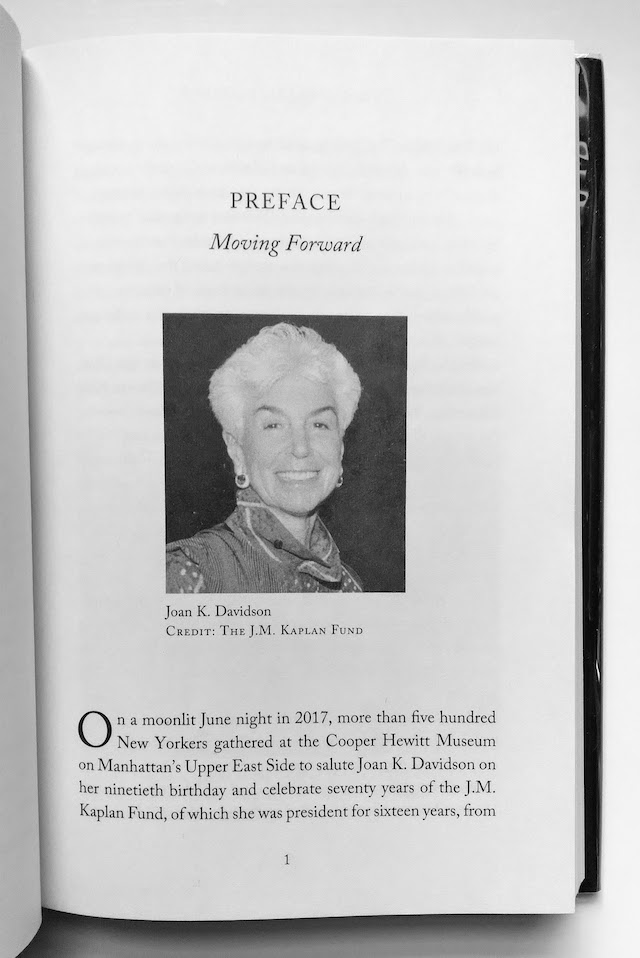 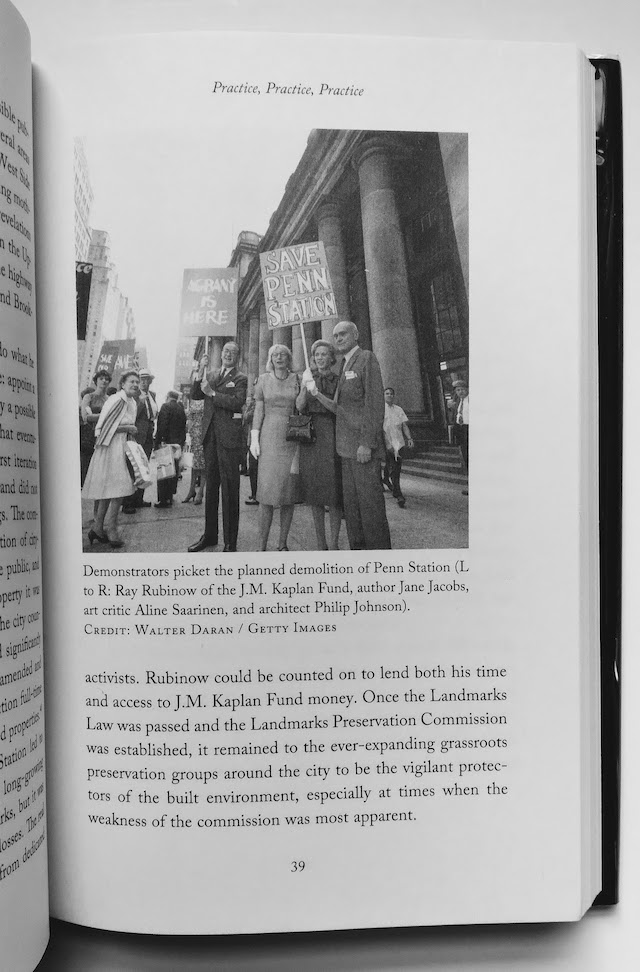 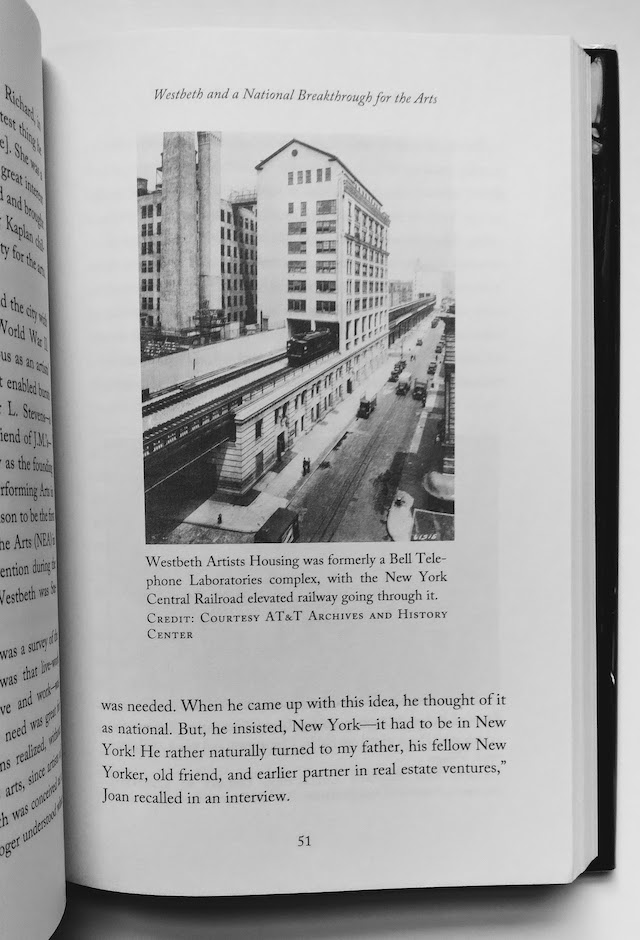 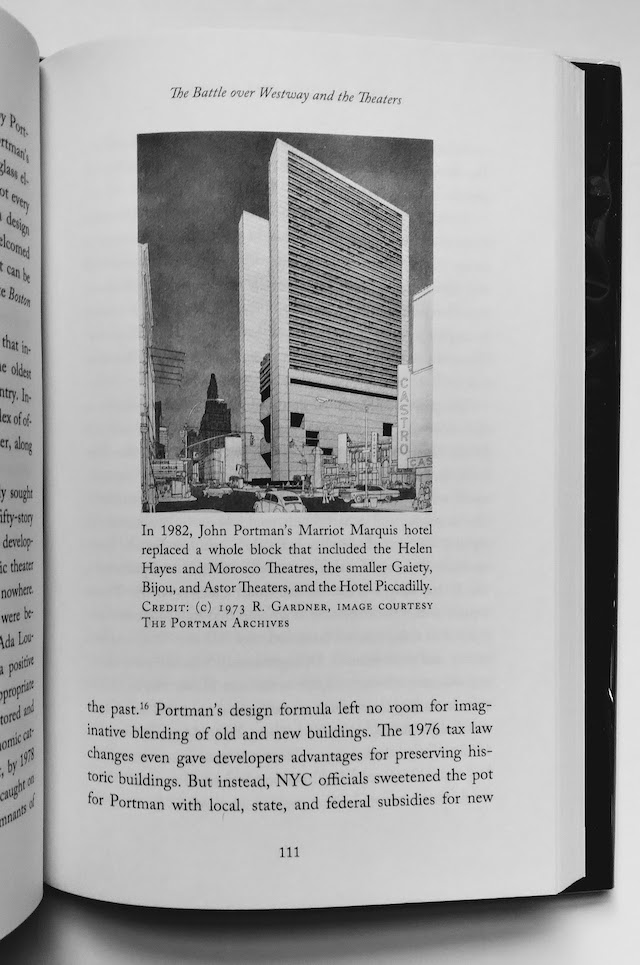