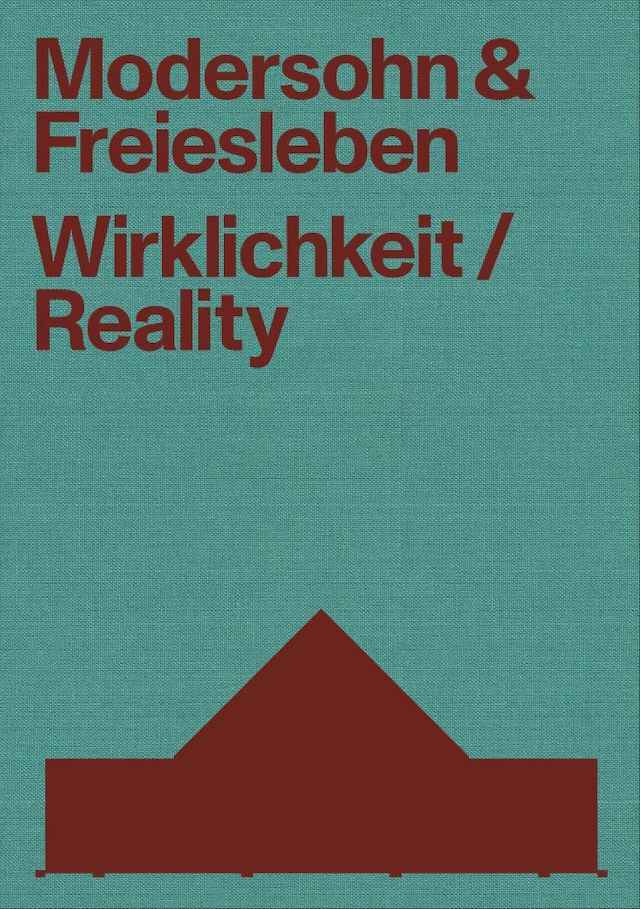 PUBLISHER'S DESCRIPTION:
When Antje Freiesleben and Johannes Modersohn opened their own Berlin-based firm Modersohn & Freiesleben Architekten in 1994, the city, which had been divided until 1989, needed to be repaired and reunited. The Potsdamer Platz train station and the office block in the Beisheim Centre on Ebertstrasse are two significant projects that were designed by the firm in the prevalent spirit in those years of urban renewal.
After the millennium, the architects further honed their approach: whether in the city or the countryside, Modersohn & Freiesleben consistently develop the character of their projects in terms of the site, the materials, the construction, and the lives of their clients. Their deliberate engagement with the given environment while simultaneously aiming at an inventive individuality has created an architecture that ensures their houses both are functional and combine sustainability with aesthetics.
This new book features photos, drawings, and visualizations of twelve houses alongside other projects from the last two decades, offering insight into this groundbreaking firm.
Johannes Modersohn and Antje Freiesleben established their Berlin-based firm in 1994. Modersohn teaches as professor of construction and building design at Technische Universität Kaiserslautern. Freiesleben is professor of building design at Universität Siegen.
REFERRAL LINKS:

dDAB COMMENTARY:
The cover of the second monograph on Berlin's Modersohn & Freiesleben Architekten (MoFrei) features a silhouette of a house, specifically the House at Grimnitzsee, named for a small lake in Brandenburg that the house overlooks. It is a small house of just 90 sm (950 sf), a simple rectangle capped by a gable roof supported by wood columns and rafters. This rectangle sits in the middle of a larger square whose wood walls define a U-shaped terrace, an in-between space. The architects took advantage of the privacy afforded by the solid wood perimeter by wrapping the house proper in polycarbonate and glass, the latter sliding open to unite house and terrace. It's a lovely house, beautifully documented in Reality, a book that focuses on a dozen of Modersohn and Freiesleben's single-family houses and apartment buildings.
Before this book appeared in the mail, I was not familiar with the firm of Johannes Modersohn and Antje Freiesleben. My introduction to the firm started, when opening the book, with fifty pages of color photographs, mainly the residential projects in the book but also others, such as Potsdamer Platz. The photos give a flavor of the firm's completed buildings before the table of contents appears on page 55, revealing the twelve projects mixed in with a handful of essays. The first of the latter is by Tobias Zepter, who worked with MoFrei on their first monograph, The Life of Things, back in 2009. That essay recounts the writer's "Italian Journey" with Antje from 2007, while the last essay in the book sees writer Ijoma Mangold go on an outing with Antje to "A House in the Countryside," this time in the midst of the pandemic. The first travel essay takes place in the city and the latter, naturally, in the countryside; these are the two poles that make up the book's two types of projects.
I'm not usually one to automatically prefer the architecture of single-family houses over apartment buildings (heck, I've lived most of my adult life in apartments), but I find the six houses by MoFrei much more interesting than the apartment buildings. The latter are, for lack of a better expression, very German: flat and repetitive, the types of buildings I wouldn't give a second glance to when passing them on the street. The stacked plans don't yield as much invention as the houses, though the Apartment Building Wallstraße is a standout for the way it inserts itself into the middle of a Berlin block and provides a variety of units behind a pleasing combed-plaster facade. But, like the House at Grimnitzsee described above, the compact houses in the book steal the show. They are rich in their combination of simplicity and "houseness" — via gables, mainly — with unexpected features, such as Grimnitzsee's wraparound terrace. A consistent layout for each project, with drawings, photos, and bilingual text on lightweight paper, makes for a pleasing monograph on a firm I'm happy to know about.
SPREADS: 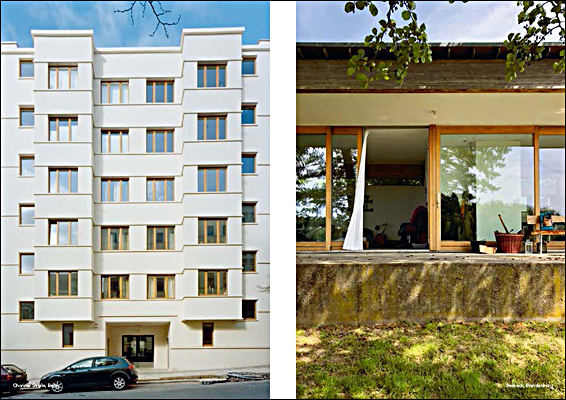 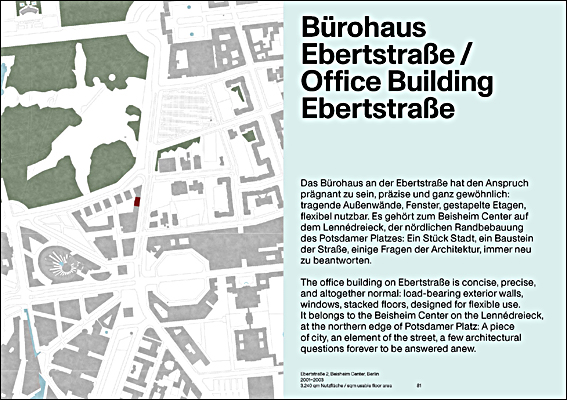 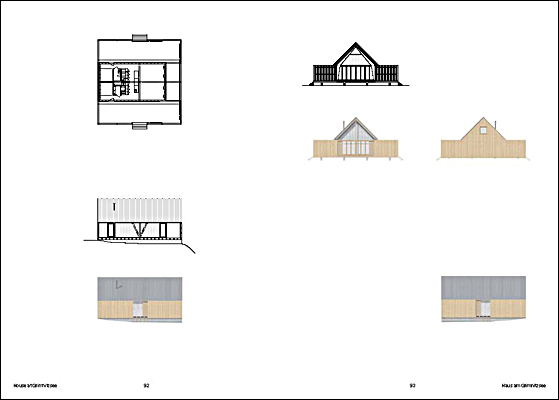 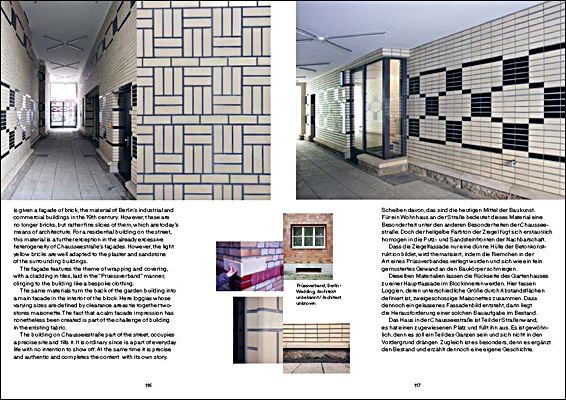