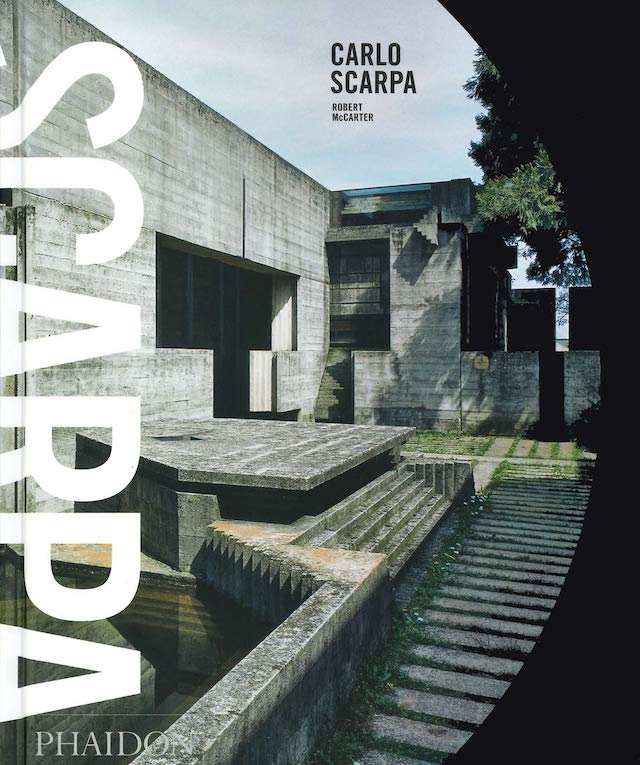 PUBLISHER'S DESCRIPTION:
The acclaimed survey of the life and works of the celebrated Italian modernist master, available again in a classic format.
The work of Carlo Scarpa challenged, and continues to challenge, accepted notions of modern architecture. While several books have been published on his work, none has approached the breadth and depth of this monograph by Robert McCarter, who is celebrated for his meticulously researched, experientially based, and jargon-free accounts of key figures in modern architecture. This book is the definitive study of Scarpa's many accomplishments, including such works at the Canova Museum, the Castelvecchio Museum, and the Brion Cemetery, among others.
Robert McCarter is an architect and has been Ruth and Norman Moore Professor of Architecture at Washington University in St. Louis since 2007. He taught at the University of Florida, where he was Director of the School of Architecture, and Columbia University, among other schools. He has written widely, including seven acclaimed books with Phaidon.
REFERRAL LINKS:

dDAB COMMENTARY:
The entrance gate to Università Iuav di Venezia was designed by Carlo Scarpa in the early 1970s, overlapping with his brief tenure as head of the school but not completed until after his death, when it was carried out by his former assistant Sergio Los. Facing the public campo in front of the school is a stone panel engraved with the words "verum ipsum factum," attributed to philosopher Giambattista Vito and translated as "truth is in the made." As dean, Scarpa put the phrase on the diplomas of graduates — a clear expression of his belief that architects learned by making. Scarpa's focus on craft, as explained by Robert McCarter in his excellent monograph on the Venetian architect (first published in 2013, it has recently been republished in its "classic format"), even extended to the signs carried by his students during university protests at that time of societal unrest: he chastised them for poor lettering.
For McCarter, "verum ipsum factum" is the definition of his subject. The phrase is the title of the book's introduction, which lays out McCarter's belief that experiencing Scarpa's buildings is the only way to fully assess his architecture. Scarpa drew reams of sketches but few, if any, working drawings; the "final" design, therefore, was determined in the field, where Scarpa was a near constant presence and worked with a small cadre of craftsmen on each project. For McCarter, "visiting Scarpa's buildings is a transformative experience," as he writes 270 pages after the introduction, "one that makes us acutely aware of the laminated nature of place, which reveals human history as it is inscribed into things — things we can know only because people like us made them."
This quote gets at one goal of making in Scarpa's projects in and around Venice: revealing the layers of history through contemporary interventions that are neither historical restorations nor modern obliterations of the past. The project that expresses this attitude most clearly is Castelvecchio, the restoration of a former medieval fort in Verona that was transformed into a museum a quarter-century before Scarpa was hired in 1957. Over nearly twenty years and numerous stages, "often involving unexpected discoveries of new historical layers," Scarpa turned Castelvecchio into what I was fortunate to experience in the mid-1990s. One of the spots I gravitated to — and many other do as well — was the Cangrande statue perched on a cantilevered concrete beam beneath a roof with a jagged edge that stops short of the adjacent wall to further illuminate the outdoor space and reveal literal layers of historical construction.
Castelvecchio is one of around twenty projects explored by McCarter across the monograph's eleven thematic/chronological chapters. He gives it more pages than any other building, befitting what "many believe is Scarpa"s greatest work," a "densely layered 'spatio-temporal' experience." The latter assertion accentuates McCarter's approach throughout the book: describing his experiences of Scarpa's buildings while also touching on historical/biographical elements and stories. The photo documentation accompanying his text is superb, as expected from Phaidon books, though there are very few of Scarpa's distinctive sketches; Castelvecchio, for example, features just two of the more than 500 drawings the architect made for the project — in just the work's first phase! And later in the book, when McCarter mentions that "Scarpa's early drawings show a much more dynamic entrance court" at Iuav, readers are left to their imaginations, finding the sketch via Google, or spending hundreds of dollars on the out-of-print The Complete Works. The dearth of sketches is one of the book's few deficiencies and hardly a reason to pass up this most welcome reprint of the "classic format."
SPREADS: 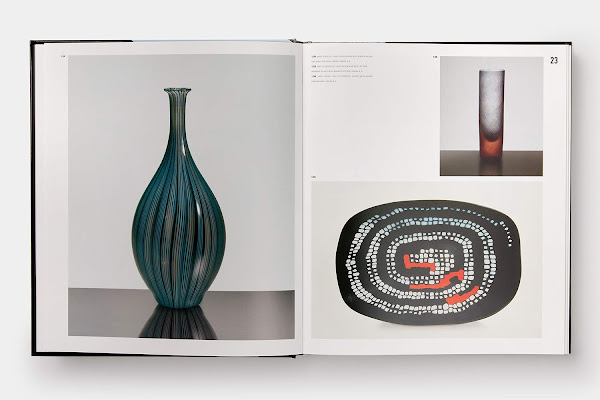 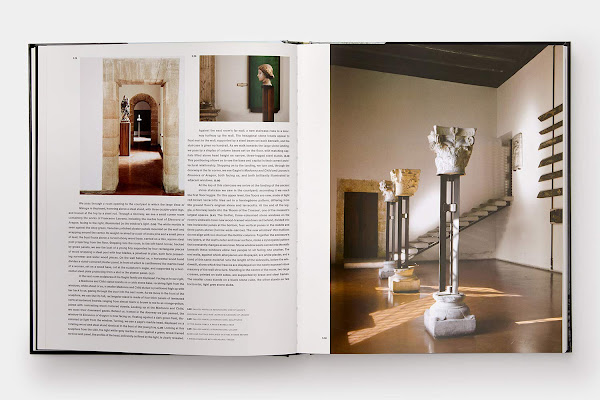 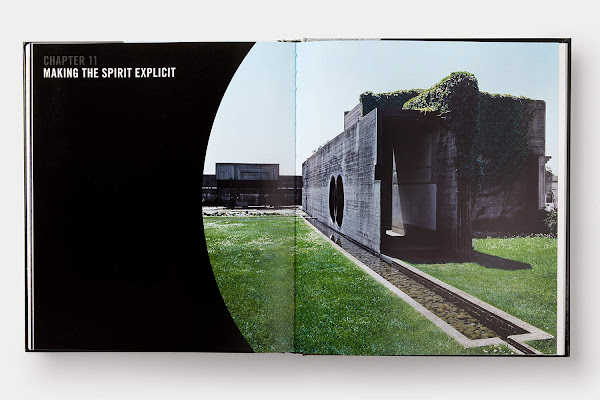 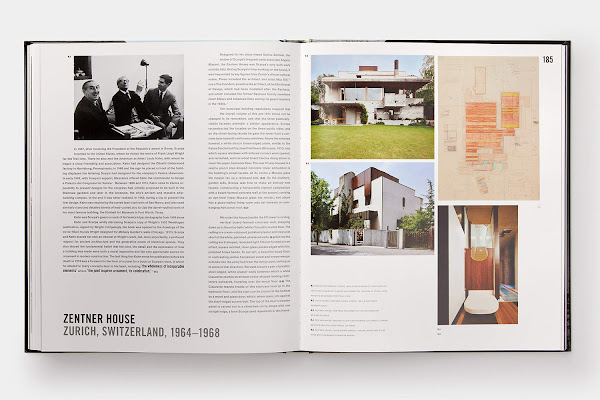