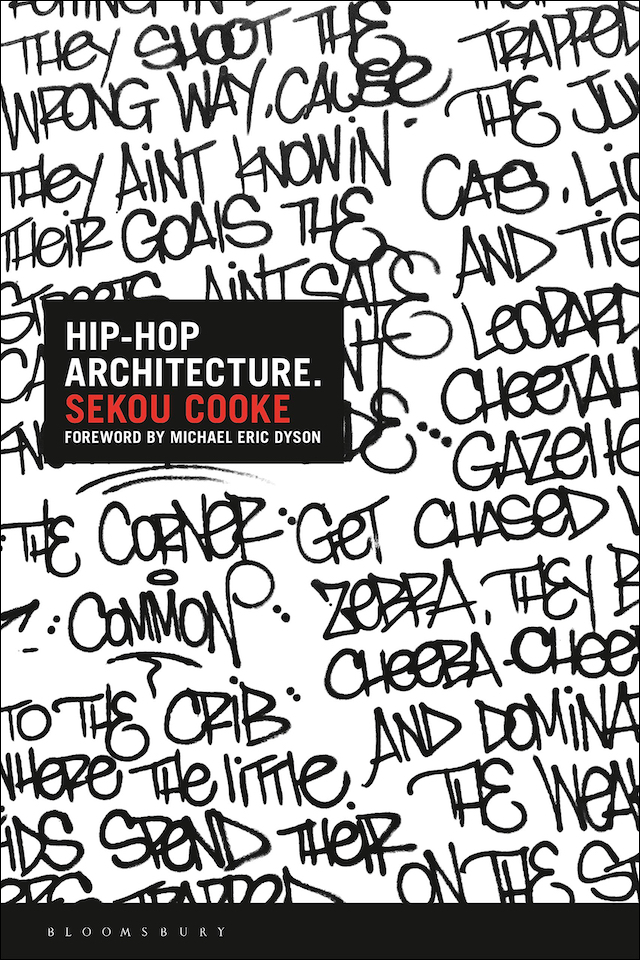 PUBLISHER'S DESCRIPTION:
“This book is not for you. It is not for architectural academic elites. It is not for those who have gentrified our neighborhoods, overly intellectualized the profession, and ignored all contemporary Black theory within the discipline. You have made architecture a symbol of exclusion, oppression, and domination rather than expression, aspiration, and inspiration. This book is not for conformists-Black, White, or other.”
As architecture grapples with its own racist legacy, Hip-Hop Architecture outlines a powerful new manifesto-the voice of the underrepresented, marginalized, and voiceless within the discipline. Exploring the production of spaces, buildings, and urban environments that embody the creative energies in hip-hop, it is a newly expanding design philosophy which sees architecture as a distinct part of hip-hop's cultural expression, and which uses hip-hop as a lens through which to provoke new architectural ideas.
Examining the present and the future of Hip-Hop Architecture, the book also explores its historical antecedents and its theory, placing it in a wider context both within architecture and within Black and African American movements. Throughout, the work is illustrated with inspirational case studies of architectural projects and creative practices, and interspersed with interludes and interviews with key architects, designers, and academics in the field. This is a vital and provocative work that will appeal to architects, designers, students, theorists, and anyone interested in a fresh view of architecture, design, race and culture.
Sekou Cooke is an architect, researcher, educator, and curator based in Syracuse, NY. He is Assistant Professor at Syracuse University's School of Architecture where he teaches exploratory design studios and seminars. ... Through his research, practice, and other academic endeavors, Sekou hopes to leave an equally lasting impact on ivory towers and underserved communities.
REFERRAL LINKS:

dDAB COMMENTARY:
When Sekou Cooke's Hip-Hop Architecture arrived in the mail recently, it immediately looked familiar. The cover's spray-painted words took me back to late 2018 and the exhibition Close to the Edge: The Birth of Hip Hop Architecture at the Center for Architecture. That exhibition, curated by Cooke with the contributions of nearly two-dozens students, academics, and practitioners from around the world, was an immersive experience that I described at the time as "a saturated black-and-white realm of graffiti and infrastructure (cut-up shipping containers) that serve as the backdrop for architectural designs, many of them colorful." Its exploration of architectural designs incorporating the four main elements of hip-hop — deejaying, emceeing, b-boying, and graffiti — was memorable, so I'm glad to see it made its way into book form, as nothing less than an ambitious yet accessible manifesto of Hip-Hop Architecture.
Befitting its subject, Cooke's book is structured into four "volumes," not sections or parts, each with a number of "tracks," rather than chapters. Following a brief volume that introduces the movement, the second volume lays down most of the theoretical basis for Hip-Hop Architecture. Here, in the volume's ten tracks, is where most people may venture to figure out what exactly Hip-Hop Architecture is. Although Cooke's is considerably clearer — and more enjoyable — than any text that falls under "architectural theory," a definition is not simply handed to the reader; it is obtained through digesting the words, both Cooke's and the "samples" of others. Contradictions abound, but they are part and parcel of a design philosophy born from many different voices. A case in point is Cooke quoting a Mos Def (now Yasiin Bey) song from 1999, saying that hip-hop is "whatever's happening with us," only to thrown in a Jay-Z quote one page later that says the near-opposite: "Very few people are telling their real true story."
When Close to Edge eventually appears, in the first track of Volume III, Cooke provokes again, quoting an audience member at an exhibition-related event at the Center: "So, I still don't get it." New York City, compared to other parts of the United States, is fairly progressive, but the architectural profession here, like the rest of the country, is still conservative, reflecting homogenous demographics. Countrywide, only 1.6% of the profession recognizes as Black or African American (as of 2018, per an AIA demographics report), so it's no surprise that many architects "don't get" a movement embodying the energy and production of African American culture. Although Cooke lays down the four elements of hip-hop (listed above) as a structure for Hip-Hop Architecture, the exhibition and book serve to answer a related, though perhaps more important question: "What does Hip-Hop Architecture look like?"
Answers to that question abound across Volume III. There are many images of projects with familiar names (Amanda Williams, Stéphane Malka), names that should be more familiar (Nina Cooke John, Craig L. Wilkins), and names of students from Cooke's design studios at Syracuse University. Cooke describes the book as his "final 'final statement'" on a movement that he was discouraged to pursue but doggedly did anyway over the last half-decade. His efforts have lended academic credence to Hip-Hop Architectural design methodologies, influenced his own practice, and received a fair amount of positive feedback, some of it collected here. Most infectious, to me at least, are the freshness and optimism of the projects — designs that would not have been generated without Hip-Hop Architectural principles. Many are just that, projects, but hopefully building commissions follow; maybe then people will exclaim, "So, I still don't get it...but I like it!"
SPREADS: 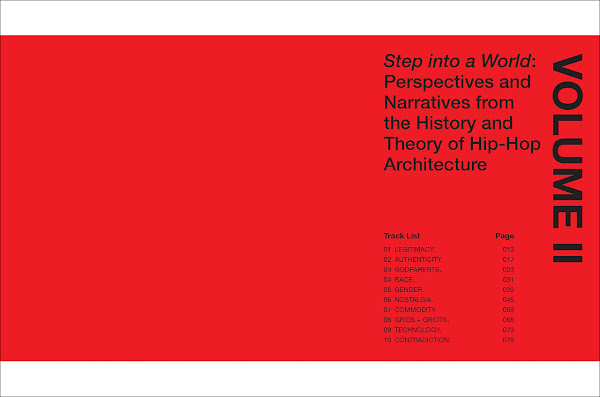 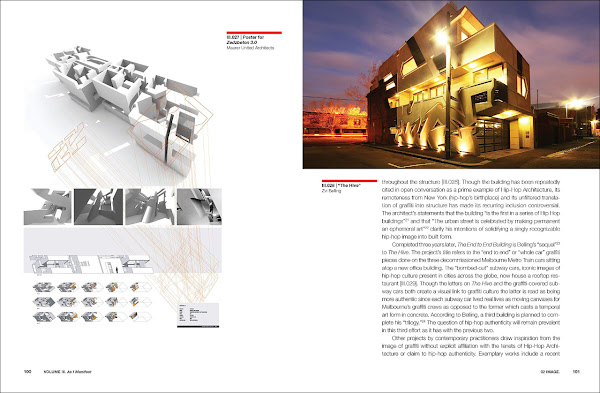 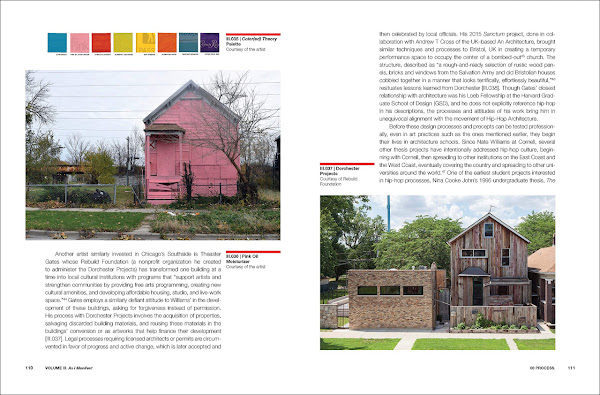 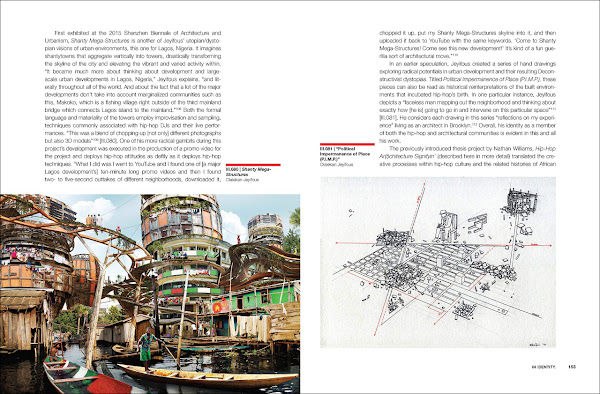