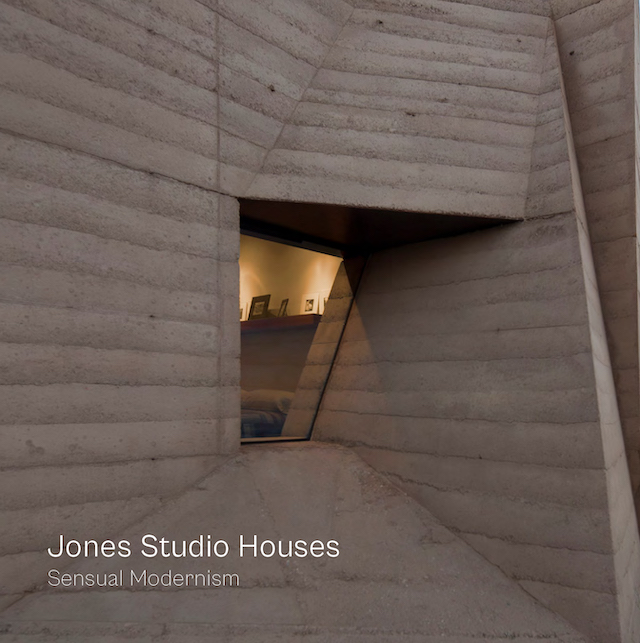 PUBLISHER'S DESCRIPTION:
JONES STUDIO HOUSES Sensual Modernism is a self-imposed limited look at the 40-year-plus career of Eddie Jones. Almost unheard of outside the southwest United States, Jones has quietly accumulated a body of work ranging beyond residential design to include major federal projects impacting the edges of America... to be featured in a soon to be published monograph!
Supported by Aaron Betsky’s insightful forward, plus an enlightening interview with Vladimir Belogolovsky, and comments from many of his famous colleagues, Jones summarizes his lifelong dance with architecture through the personal stories embedded in each house. Refusing to repeat himself, the work tests the reality of gravity on a diverse spectrum of interpretive vernacular responses to climate, landscape and function. Although designed by the same hand, the forms vary as much as the choice of materials. Rammed earth, concrete, wood and metal are explored together and separately yet remain subordinate to Jones’ fascination with glass.
Utilizing photographs, hand-drawings and first-person accounts, the motivations and joy of being an architect are expressed by an exceptional whole informed by many ordinary parts.
REFERRAL LINKS:

(Last icon is link to publisher's website; enter "jh30" at checkout for a 30% discount on purchase of this book.)

dDAB COMMENTARY:
Although architect Eddie Jones was raised and went to architecture school in Oklahoma, he is known as a desert architect. His eponymous office was established in Tempe, Arizona, in 1979, and since then it has become known for buildings like The Outpost, which engages its desert context through the rammed earth walls seen on the cover of this new Jones Studio monograph devoted to their houses.
The most remarkable project in its pages, though, is back in Oklahoma, a house explicitly inspired by Herb Greene's "Prairie Chicken" built in 1954 in Norman. Jones Studio's Prairie Raptor is a stunning house whose sculptural peak clearly recalls Greene's house. Its pinwheel plan, wood and brick palette, and elevated lookout remind me of Frank Lloyd Wright's Wingspread in Wisconsin. The latter is hardly a surprise, given that Wright was also a desert transplant of sorts and his name appears in places in this book. To me the multiple references echo the diversity of the studio's nuanced approaches to the various contexts they work within.
Easily the most unique spot Jones was given to imagine a house was a sloping site near Roden Crater, the old volcano in the middle of Arizona being selectively hollowed out by artist James Turrell. Jones recounts to Vladimir Belogolovsky in an interview that follows the book's presentation of ten houses (one of them the "house" of Jones Studio) how he met Turrell with the intention of commissioning a Skypace but ended up being hired to design one of six houses/artist studios ringing the crater. Although it was never built, the Crater House poetically responds to its amazing site while also incorporating Italian influences that arose from Jones designing the project during a one-month stay on the Amalfi Coast.
Sprinkled throughout the abundantly illustrated presentation of built and unbuilt houses are earth-colored pages with quotes from a bevy of similarly design-minded architects known for their own regional inflections: Marlon Blackwell, Wendell Brunette, Rick Joy, Julie Snow, and Billie Tsien, to name a few.  Their words convey the qualities of the studio's work, qualities that should be readily apparent when scanning the photos and drawings in the book. Jones's own words, be they in the interview and elsewhere in the book, capture the enthusiasm and optimism that infuses Prairie Raptor and the other gems included here.
SPREADS: 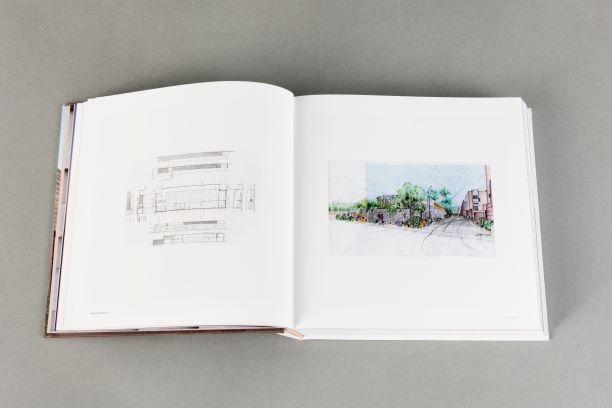 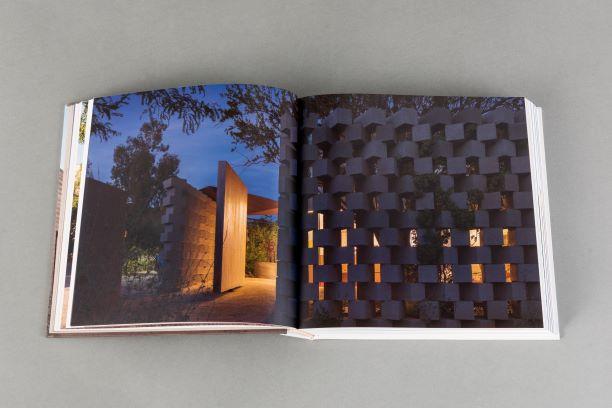 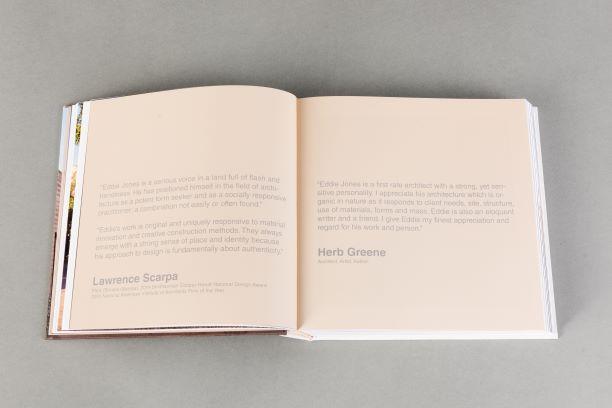 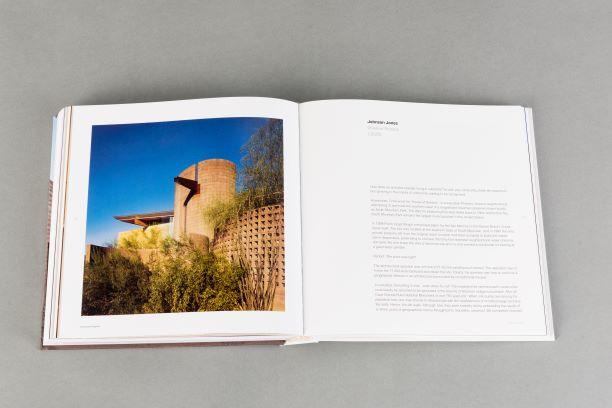