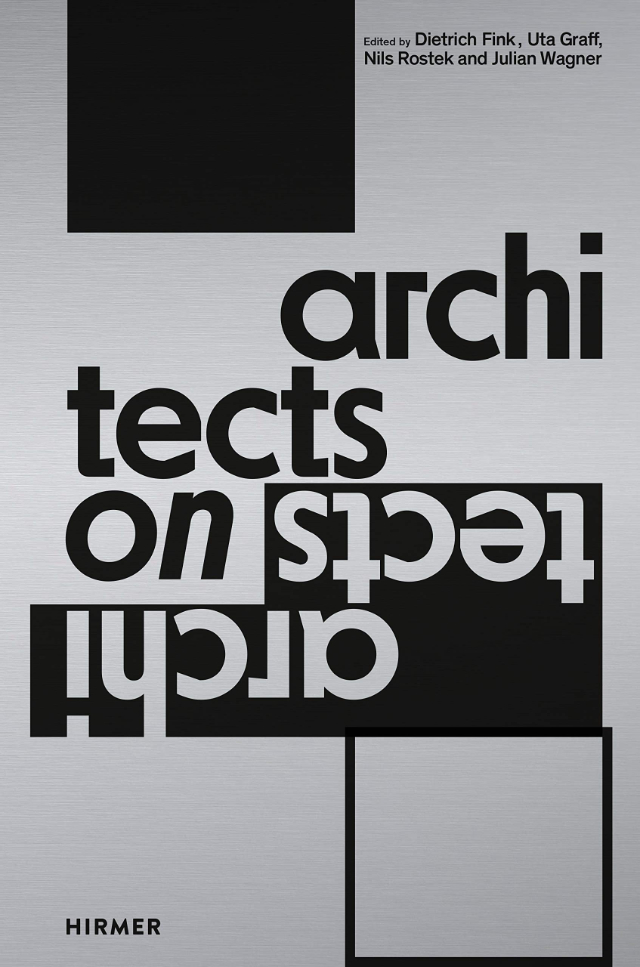 PUBLISHER'S DESCRIPTION:
Architects on Architects is a collection of essays and interviews rooted in one fascinating premise: What do the architects of today have to say about their predecessors?
Based on a series of lectures organized by the Department of Architecture at the Technical University of Munich, this volume explores how architects from previous generations have influenced present-day professionals in the field. The essays touch on the relevance of historical concepts as they have been transmitted across generations and the ways in which today’s architects have used—and at times reshaped—those concepts to suit contemporary needs. The stimulating discussions involve, among others, Arno Lederer on Sigurd Lewerentz, Hans Kollhoff on Oswald Mathias Ungers, Tom Emerson on Ludwig Mies van der Rohe, Mario Botta on Louis I. Kahn and Carlo Scarpa, and Donatella Fioretti on Walter Gropius and László Maholy-Nagy.
​
More than a celebration of the past and the outstanding architects of today, Architects on Architects asks us to take a fresh look at the culture of the discipline and the transfer of ideas that has shaped that culture across time and space.
REFERRAL LINKS:

dDAB COMMENTARY:
I don't remember any of the details, but some years ago I came across an architecture magazine that included a lengthy review of a building that, instead of being written by a critic, was written by another architect. The idea of one architect writing about another architect intrigued me, but given that the magazine was old — ca. 1960s or 70s, best I can recall — and I haven't seen any reviews like it since, it was most likely a marginal practice that never caught on. This is not at all surprising, given that architects negatively criticizing other architects could be seen as a means of inflating their own value over that of their colleagues, be it in an effort to gain commissions or even done out of spite. Architects writing about other architects in a manner that is honest and aims at furthering the profession — increasing the quality of buildings designed by all architects — would be the ideal.
Architects on Architects, which shares a name with a 20-year-old book (it is the only other book like it that I can find), features eight architects discussing roughly the same number of architects: architects who influenced their education and/or practice. Apparently architects are comfortable speaking about other architects — when the latter are dead, as is the case with Sigurd Lewerentz, Ludwig Mies van der Rohe, Jørn Utzon, and the rest in these pages. Even Francesco Borromini, who died in 1667, is found here, in a conversation between Christian Kerez and Stephan Trüby. All but one of the contributions in the book are conversations, all of which took place at the Technical University of Munich, about half in a cozy wood-paneled room, as photos attest, and the rest in a lecture hall.
The first of the eight conversations sees German architect Arno Lederer speaking with curator and educator Philip Ursprung about Swedish architect Sigured Lewerentz (1885–1975). They start by talking about the quizzical selection of Lewerentz, how they aren't experts on the Swedish architect, and how they aren't particularly interested in him. He is mentioned near the end of their talk, more out of a commitment to do so, it seems, than of genuine interest. Thankfully, their approach is not the norm for the book. Tom Emerson and Monika Sosnowska talking about Mies is a treat, particularly since the conversation is balanced, with the British architect dishing out as many words on Mies as the Polish artist who has impressively riffed on the architect's famous steel facades. Curator Pippo Ciorra takes a different approach and lets Mario Botta, probably the most famous living architect in this book, do most of the talking; their conversation is supposed to be about Louis I. Kahn, but they also mention Le Corbusier and Carlo Scarpa, hinting at how memory and influences are never so cut and dry.
Another highlight is Momoyo Kaijima speaking with Danish architect Lise Juel about Jørn Utzon. I color myself a fan of Kaijima's Atelier Bow-Wow, but I was not at all familiar with their 2013 exhibition in Aalborg, Denmark, Atelier Bow-Wow: Learning from Utzon, done with Atelier Lise Juel. By the time of their conversation, the two architects had already visited some of Utzon's buildings together, though they focus on Can Lis in Mallorca and the Kingo Houses in Helsingør. The contexts that Utzon worked in, including Sydney as well as Scandinavia and other parts of Europe, are so much different than Japan that direct influences on Atelier Bow-Wow would be impossible. Kaijima admits as much but clearly spells out what she appreciates in Utzon's work and how experiencing his buildings impacted her, something Juel clarifies. It's a revealing conversation in a collection that is uneven yet commendable, in the way it asks architects to discuss other architects, not just themselves.
BACK COVER: 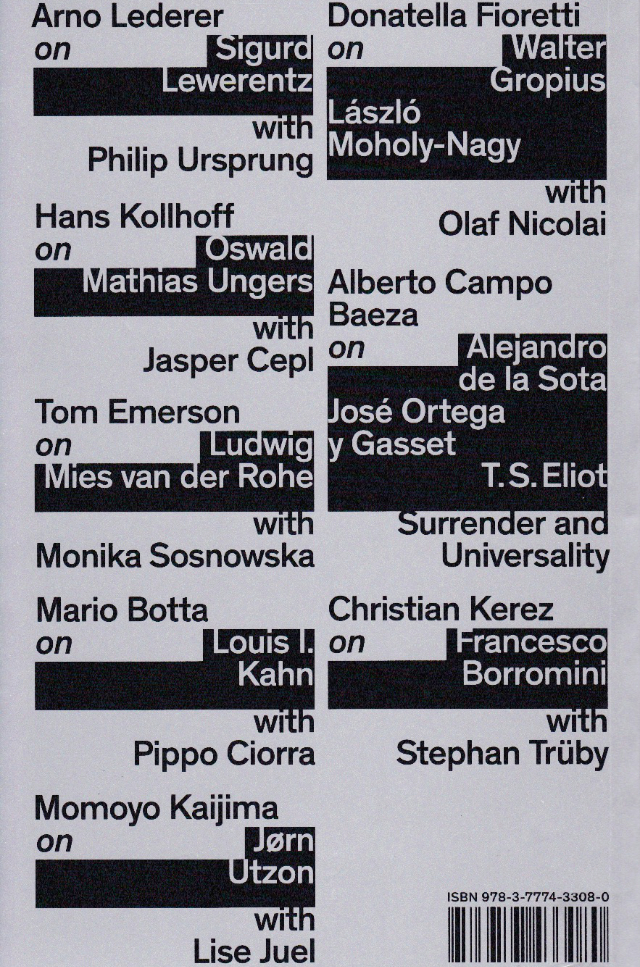