Icebergs, Zombies, and the Ultra Thin 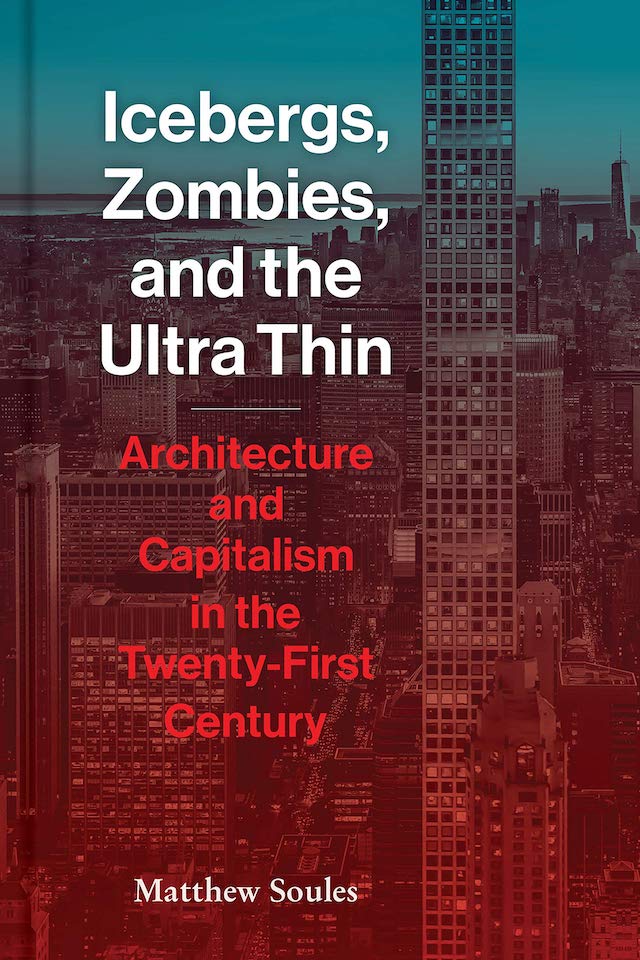 Icebergs, Zombies, and the Ultra Thin: Architecture and Capitalism in the Twenty-First Century
Matthew Soules
Princeton Architectural Press, May 2021

PUBLISHER'S DESCRIPTION:
The global financial crisis of 2008 revealed the damage done by unchecked housing speculation, yet in the ensuing years, the use of architecture as an investment tool has only accelerated, heightening inequality and contributing to worldwide financial instability. We rarely consider architecture to be an important factor in contemporary economic and political debates, yet sparsely occupied ultra-thin "pencil towers" develop in our cities, functioning as speculative wealth storage for the superrich, and cavernous "iceberg" homes extend architectural assets many stories below street level. Meanwhile, communities around the globe are blighted by zombie and ghost urbanism, marked by unoccupied neighborhoods and abandoned housing developments.
In Icebergs, Zombies, and the Ultra Thin, Matthew Soules issues an indictment of how finance capitalism changes not only architectural forms, but the very nature of our cities and societies. From Ireland's devastated housing estates, to the chic luxury apartments of architect Rafael Viñoly's 432 Park Avenue, Soules demonstrates how investment imperatives shape what and how we build. Photos and drawings of architectural phenomena that have changed the way we live make the urgency of these issues even more apparent.
Matthew Soules is an associate professor of architecture at the University of British Columbia in Vancouver, Canada.
REFERRAL LINKS:

dDAB COMMENTARY:
When I took over editing the World-Architects weekly newsletter around a decade ago, I inherited a regular "Number" feature by René Ammann, a journalist based in Berlin who writes about economics and other subjects. The weekly Numbers, which continue to this day, are brief snapshots of how architecture interacts with real estate and other quantifiable subjects. A recent Number focused on British architect Sophie Hicks losing a six-year-long battle over "a 'glowing glass box' entrance to her proposed underground home in London." Editing the piece pushed me to learn something about the phenomenon of underground homes in certain parts of London and whetted my appetite to know even more about "icebergs," as Matthew Soules refers to them — so called because their underground area dwarfs the area of the older house above grade — in his new book on architecture and capitalism in the 21st century.
Soules starts the book by pointing out how a large gap in architectural scholarship exists, namely the relationship between architecture and capitalism; or, more precisely, finance capitalism. "To fully understand architecture in the twenty-first century," he writes, "it is imperative to understand its role within finance capitalism." Inversely, "to fully understand how finance capitalism operates, it is vital to situate architecture within its workings." Their interactions, apparently, are most explicit with housing (it's no coincidence that Soules started his research on the book a few years after the 2008 recession).
"Icebergs" are one of the three curious terms in the title of Soules's book, alongside "Zombies" (parts of cities "where subtle but persistent underoccupancy has become common") and the "Ultra Thin" (the slender residential supertalls in Manhattan, "where astronomically priced units are purchased by numbered companies under a cloak of secrecy"). Living in New York and having given pre-pandemic walking tours of Billionaire's Row (the tour is in my book), not to mention having read such books as Michael Gross's House of Outrageous Fortune and Andi Schmied's Private Views: A High-Rise Panorama of Manhattan, means I know more than I ever wanted to know about superrich people parking their wealth in tall towers overlooking Central Park.
So I gravitated to the intriguing icebergs, which appear in chapter three, "The Forms of Finance." There they are illustrated with a section drawing (à la this one) that clearly illustrates the ridiculous nature of the phenomenon and photographs of numerous homes that are like pages from a catalog on cove lighting (necessary, obviously, considering they're all basements). Unfortunately, the London icebergs are limited to just a few pages in that chapter, with the chapters that follow focusing on specific projects that fall outside of the title triumvirate, with one chapter even dedicated to BIG's Vancouver House.
With Soules's opening remarks on the "blind spot" architects have toward finance capitalism, it's no surprise that he recommends at the very end of the book "that architects might consider collaborating with financiers in a manner that is similar to how they currently work with structural engineers." Such collaborations seem unlikely to this architect/writer, given how architects tend to follow the money rather than dictate how it's used beyond structures and materials, but any knowledge architects can gain about the workings of architecture within capitalism — about the "numbers" — can't be all that bad. As such, this book is a very good place to start.
SPREADS: 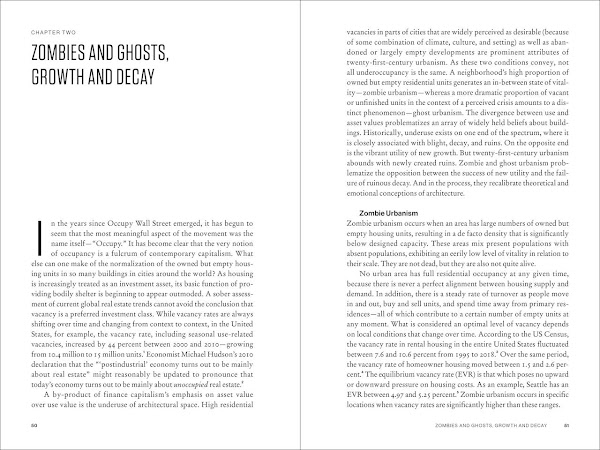 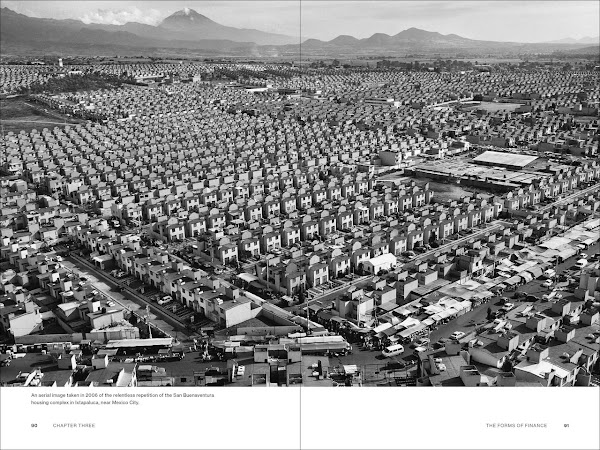 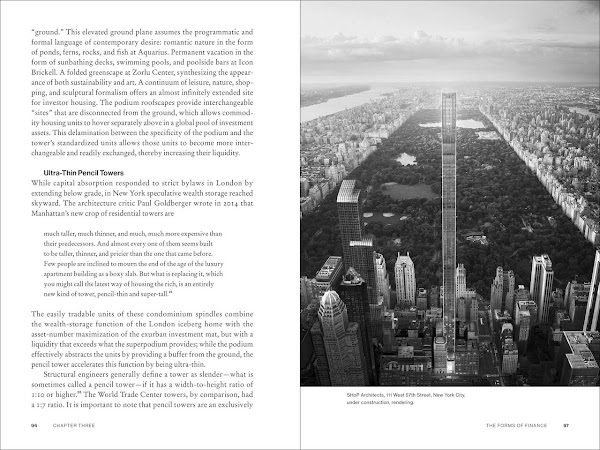 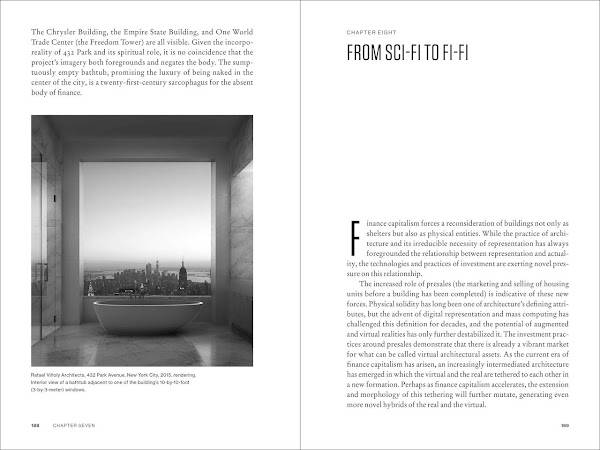