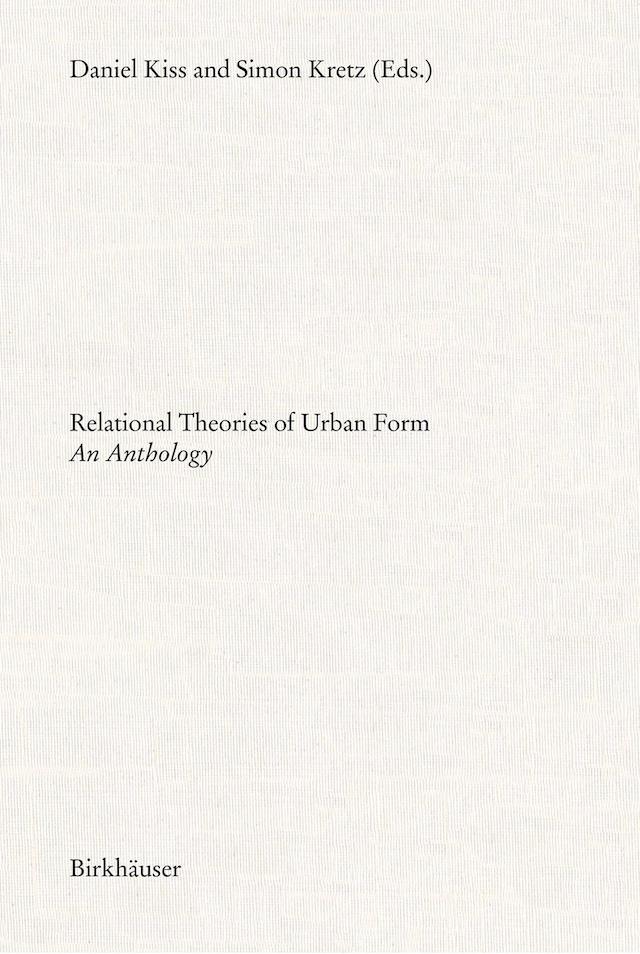 PUBLISHER'S DESCRIPTION:
This commentated anthology contains essential passages from eight important architecture and urban design theory texts from the 1960s to the 2010s. With these excerpts, the editors discursively outline the concept of form as a relational field of tension between man and material. The relational element is treated not only as a topos, but above all the interpretational perspective of architectural theory.
The texts are arranged under the guiding themes of Type, Process, Place, and Things. The texts themselves were written by authors including Christopher Alexander, Oswald Mathias Ungers, Fumihiko Maki, Alison and Peter Smithson, Lucius Burckhardt, Bruno Latour, and Manuel de Solà-Morales. They offer a paradigmatic foundation that encourages further research and the continued view through the "relational lens."
Daniel Kiss, lecturer, Institute for Urban Design, ETH Zurich. Simon Kretz, senior assistant, lecturer for urban design, ETH Zurich.
REFERRAL LINKS:

dDAB COMMENTARY:
When I was in graduate school for urban design, at least one of the classes used an urban studies reader as a textbook. The book packed a lot of content into its (overpriced) pages, but the formatting and layout left a lot of room for improvement. Most notably, many of the images from the articles and extracted book chapters were placed at the back of the book as plates, therefore divorcing any connection between words and images found in the originals. Page after page of dense blocks of dense text is not the best way to appease graduate students — at least this one. Daniel Kiss and Simon Kretz's Relational Theories of Urban Form can be looked at relative to books like these, both for the way it gathers seminal texts that students in urban design should read and for its commendable size and layout that increases the readability of the texts.
The title indicates the slant of the eight texts in the anthology: exploring relationships between the social and the material. It's a broad and therefore complex dichotomy that has been addressed by architects and academics in books and in practice. The eight texts are organized into four pairs that correspond with four "guiding themes": Type, Process, Place, and Things. "Type" has excerpts from A Pattern Language by Christopher Alexander, et. al., followed by a trio of texts by O.M. Ungers. "Process" includes what is almost the entirety of Fumihiko Maki's short yet important Investigations in Collective Form and excerpts from Alison and Peter Smithson's Italian Thoughts. "Place" has numerous pages from Gordon Cullen's seminal, abundantly illustrated The Concise Townscape and various texts by Lucius Burckhardt on "Strollology," or the science of walking. Lastly, "Things" gathers some writings by Bruno Latour on the "agency of things" and snippets from Manuel de Solà-Morales's A Matter of Things.
Rather than providing individual prefaces for each text, as other urban studies readers do, Kiss and Kretz provide just a couple sentences at the beginning of each of the four chapters, putting most of their commentary into a lengthy introduction. Here, they systematically describe each section and essay according to the theme of the book, though they also roll other architects and thinkers into the mix, such as Aldo Rossi in terms of Type and Christian Norberg-Schulz on Place. They also comment on the relevance of each essay for contemporary discourse, which makes sense given that the book came out of a seminar they gave at ETH Zurich just five years ago. For this reviewer, the inclusion of Maki's hard-to-find (in print, at least) text from 1964 makes the book worth having, while the inclusion of Burckhardt opened my eyes to a "science" that this walker will no doubt take a longer look at.
In terms of design, I think it was a great decision to go with a paper size that is smaller than most books on architecture and urban design; it's not quite as small as the Bible-like pages of A Pattern Language, which starts the book, but it's pretty close. The combination of 6-by-9-inch paper and lay-flat binding allow the book to be read easily with one hand while standing, if so desired, or hands-free on a table. The illustrations are laid out alongside the text, not at the ends of them, which makes the sometimes visual arguments (esp. with Alexander and Cullen) easier to grasp. Furthermore, the illustrations are commendably large on the page. Lastly, the way the editors have excerpted and arranged the texts is intelligent, doing it in a way that the shortened texts flow but also retain the conceptual clarity of the originals. I can't think of a better goal in such an anthology.
SPREADS: 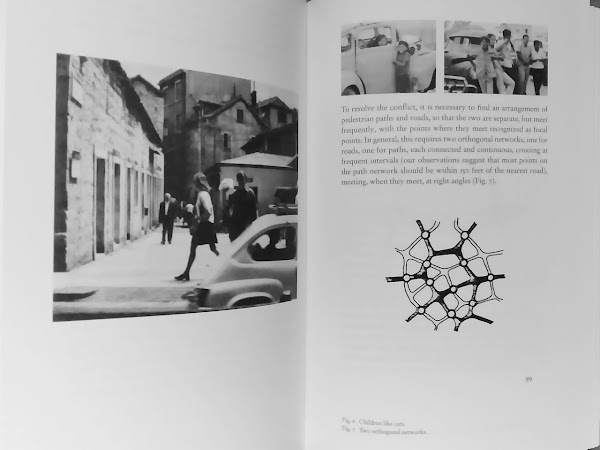 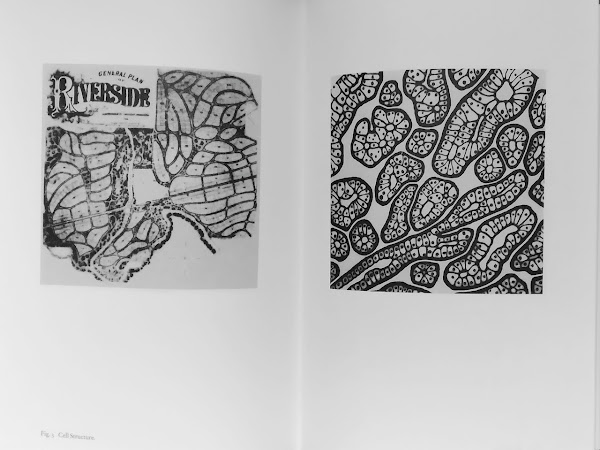 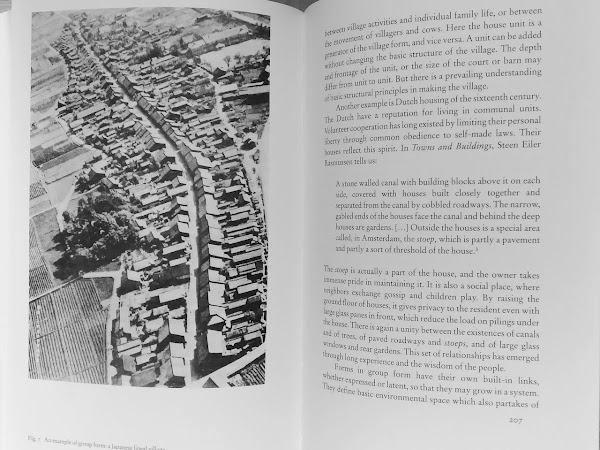 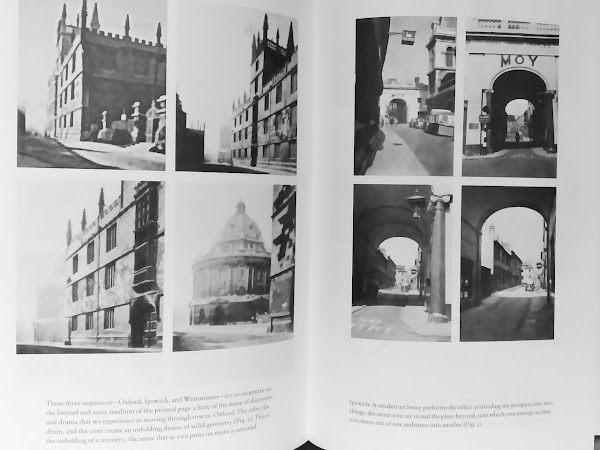