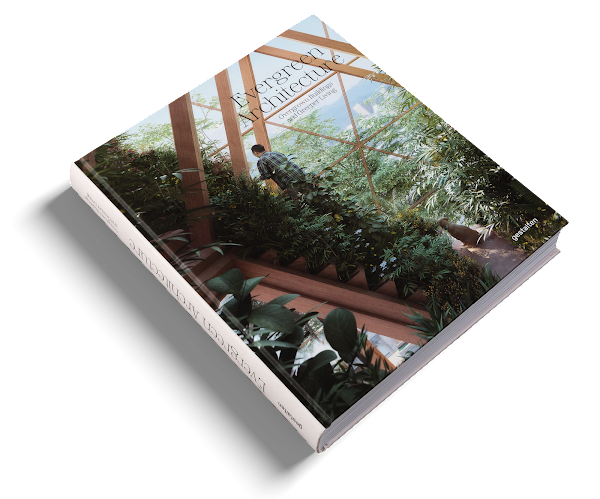 PUBLISHER'S DESCRIPTION:
As more of the earth’s surface is swallowed up by the built environment, architects are increasingly advised to integrate urban flora and fauna into their designs. Whether developing green roofs, living walls, abundant indoor courtyards, or balconies that connect interior and exterior spaces, the urge to intertwine nature and architecture has never been more apparent.
Embracing this ubiquitous trend, Evergreen Architecture surveys a broad spectrum of residential, institutional, urban, and rural spaces. But as change occurs and solutions to the climate crisis are being integrated on the ground, many new questions are posed. How do residents keep moss-covered walls alive? How can a skyscraper uphold the weight of hundreds of trees?
Evergreen Architecture investigates this movement from the perspective of the architects leading the charge whilst offering diagrams and plans to help the reader understand how each building came together and how it intends to survive.
REFERRAL LINKS:

dDAB COMMENTARY:
The cover of this contemporary collection of "overgrown buildings and greener living" depicts a space that merges structure and vegetation, one where a triangulated timber frame supports steps covered in plants. It's a beautiful space — if only it existed in real life, that is. Turns out the person and dog are occupying a virtual space in The Farmhouse, Chris Precht's concept for triangular modules that would be stacked to create high-rises where people would grow their own food. The idea follows from Precht's own experiences, taking into account irrigation and other practical features, but the fact it is rendered idea and not a built structure is deflating.
In my mind, what is needed now are dozens of built precedents that show other architects and landscape architects how "overgrown buildings" have been made. Evergreen Architecture does just that, but it also includes a few concepts such as The Farmhouse, the most notable other example being Koichi Takada's Urban Forest. Both Precht and Takada are highlighted in the brief introduction by Rosie Flanagan, the latter in highly ambitious terms, given that he wants to use buildings to "reverse the picture" of climate change. Like The Farmhouse, Urban Forest is about building up. The 30-story tower planned for Brisbane would have nearly 400 apartments behind undulating balconies covered in 1,000 trees and 20,000 plants native to Australia.
If vertical living with green balconies sounds familiar, that's because it is the parti for Bosco Verticale, the immensely popular pair of towers designed by Stefano Boeri for Milan. Logically, the project is in Evergreen Architecture, squeezed between Urban Forest and Farmhouse and not far from Eden, the tower with planted balconies designed by Thomas Heatherwick for Singapore. Oddly, no projects designed by Singapore's WOHA are included in the book, even though the firm of Wong Mun Summ and Richard Hassell has designed buildings that are literally overgrown with plants.
Like any collection of contemporary projects, Evergreen Architecture is hit-or-miss, though most of its failings are relieved by the commendable theme that is appropriate for architects striving to combat climate change, and that results in page after page of saturated greenness. I feel good just flipping through the book. The projects that make me happiest are those where plants and other vegetation unite with the architecture, rather than instances where buildings are simply filled with houseplants. Some highlights include Studio Marco Vermeulen's Biesbosch Museum Island, Ingenhoven Architects' Kö-Bogen II, Luciano Pia's 25 Verde, SelgasCano's Second Home Hollywood, and TAA Design's The Red Roof. The last, located in Quảng Ngãi, Vietnam, is one of many houses in the book and an expression that living "evergreen" tends to be an expensive and exclusive affair.
SPREADS: 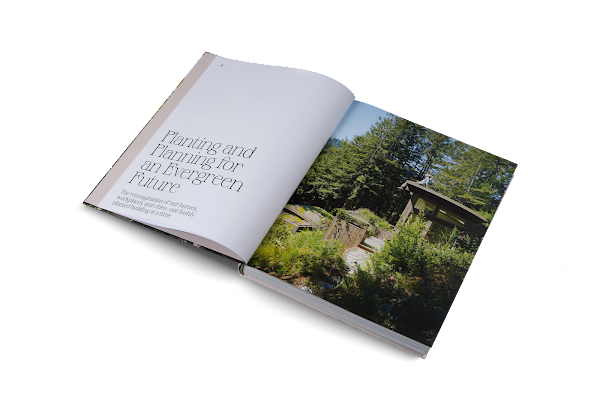 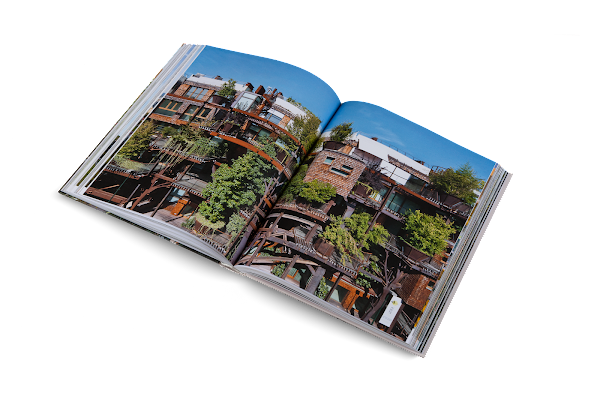 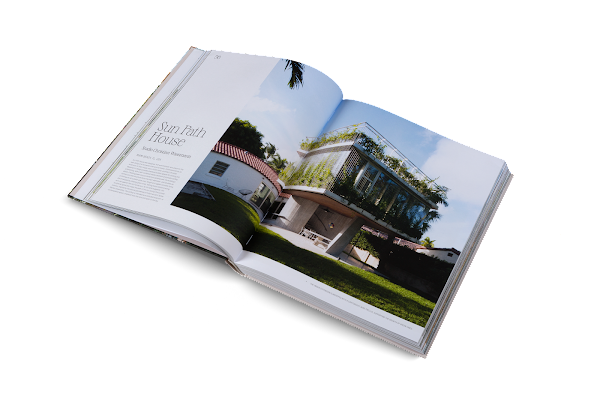 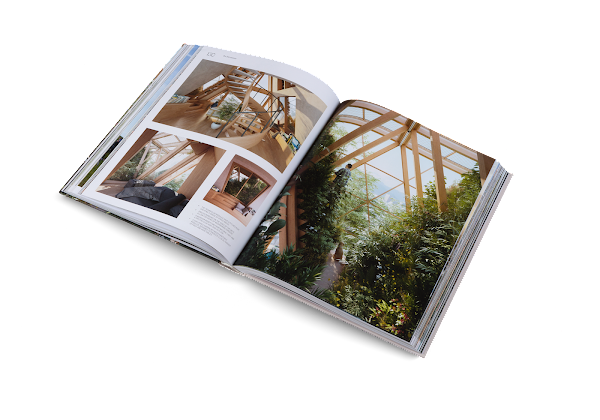 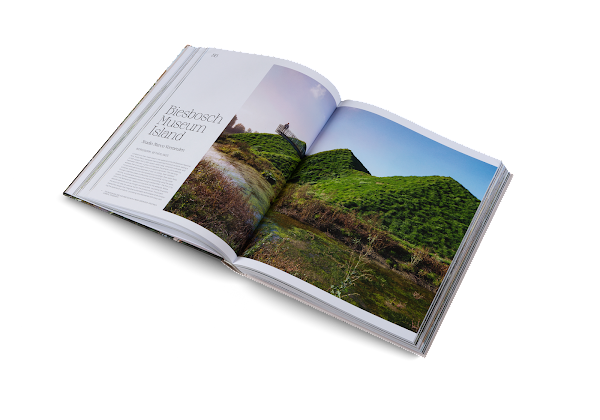