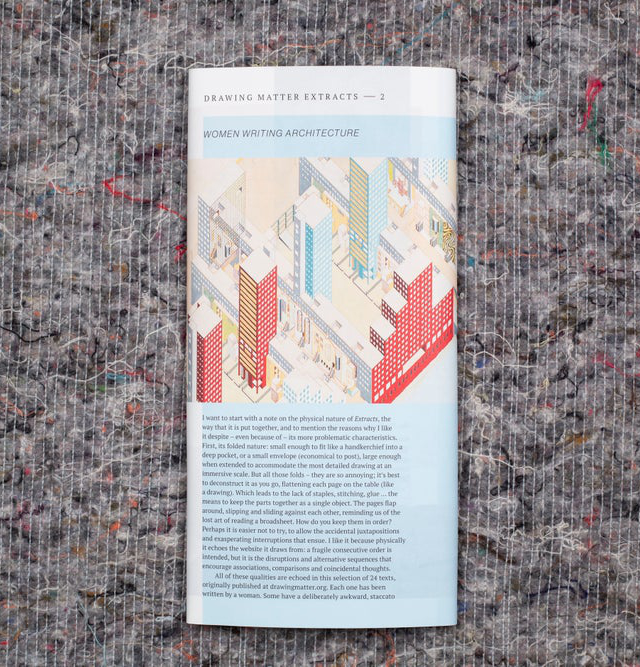 PUBLISHER'S DESCRIPTION:
Drawing Matter Extracts 2: Women Writing Architecture is edited by Helen Thomas and collects together 24 texts written by women in architectural practice and connected disciplines. The anthology is published to coincide with the launch of the Women Writing Architecture website, an annotated bibliography of writing about architecture by women.
Women Writing Architecture includes texts by Helen Thomas, Sheila O’Donnell, Stephanie Macdonald, Philippa Lewis, Caroline Voet, Iris Moon, Desley Luscombe, Zoe Zenghelis, Mari Lending, Maria Conen, Deanna Petherbridge, Marie-José van Hee, Roz Barr, Asli Çiçek, Ana Araujo, Sarah Handelman, Emma Letizia Jones, Anahat Chandra, Emily Priest, Angharad Davies, Deepiga Kameswaran and Emerald Liu.
Helen Thomas is an architect, writer and editor based in London and Zurich. Her recent publications include Architecture Through Drawing (2019), Hopkins in the City (2019), Drawing Architecture (2018), Rudolf Schwarz and the Monumental Order of Things (2016). She is a long-term collaborator of Drawing Matter and edits the new Reviews section on www.drawingmatter.org.
dDAB COMMENTARY:
Helen Thomas read my mind. After receiving the folded Drawing Matter Extracts 2 in the mail recently, I opened it up only to have it snap shut again. Flattening the creases with some considerable force enabled it to lay flat so I could open it up, but the folds remained, frustrating my attempts at looking at the texts and drawings free of distractions. Thomas, in her brief introduction that starts on the cover, above, writes, "all those folds — they are so annoying." Her recommendation: "deconstruct it as you go, flattening each page on the table (like a drawing)." Indeed, that is the best way to tackle the second Extracts from Drawing Matter.
Like the first Drawing Matter Extracts, a three-volume set titled Where to Begin?, the second one is populated with content from Drawing Matter, the organization in Somerset, England, that has become prolific on the international scene since launching its website five years ago. Women Writing Architecture, edited by Thomas, features 24 texts — all, logically given the title, written by women — that were originally published on Drawing Matter's website since its 2016 launch. While all but one of the texts are fairly recent, the images — the drawings, but also paintings, models, and photographs — that accompany them are older, culled from Drawing Matter's extensive physical archive.
One of the two-dozen texts is the first of Philippa Lewis's now 14-strong "Behind the Lines" series, which will be published this fall by the MIT Press as Stories from Architecture. As that title implies, the extract here sees Lewis forming a story from an architectural image, a 1957 perspective by Rex Savidge depicting the entrance to a commercial building in Newcastle upon Tyne. The story is as much about the entourage populating the entrance as the modern design of the building. Opposite "Behind the Lines 1" is Stephanie Macdonald's sketch of a rocky beach in Tonnara di Scopello, Sicily, accompanied by the architect's words that describe how the buildings depicted "are a backdrop, like the rocks, to the fizz of people."
The above examples are indicative of the diversity of the assembled takes on drawing and architecture written by women, though more famous names also entice people to get a copy, be they authors (Zoe Zenghelis, Sheila O'Donnell) or subjects (Zaha Hadid). There are even some potentially famous future names, courtesy Drawing Matter's new writing prizes, a few of them included here. Published to coincide with the launch of the Women Writing Architecture website, a "collectively-created" repository of architectural writing by women that was inspired by the Drawing Matter project, Drawing Matter Extracts 2 is clearly just the tip of the proverbial iceberg. There is a lot of overlooked and potentially invaluable texts on architecture written by women, and in many cases about women architects; if only more of it were given the beautiful Extracts treatment — folds and all.
SPREADS: 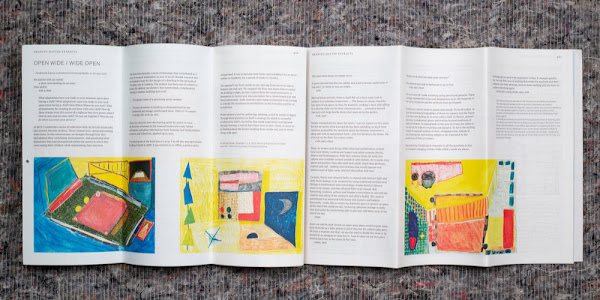 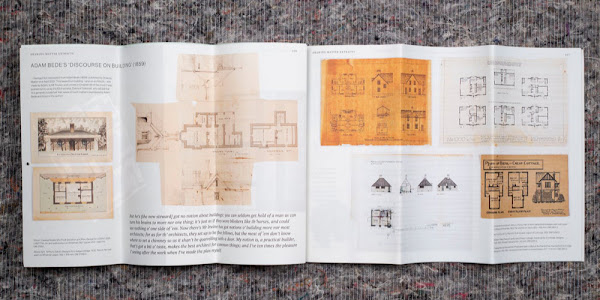 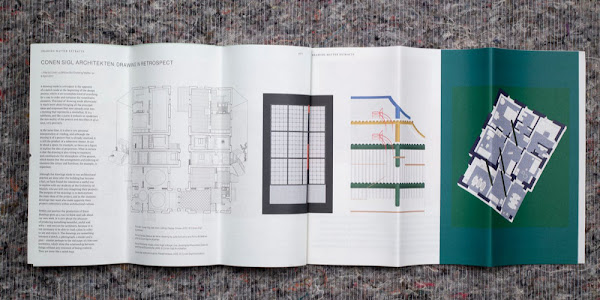 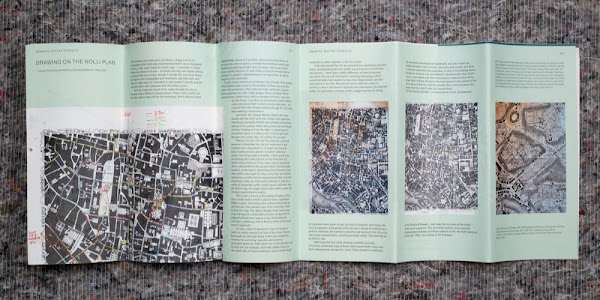