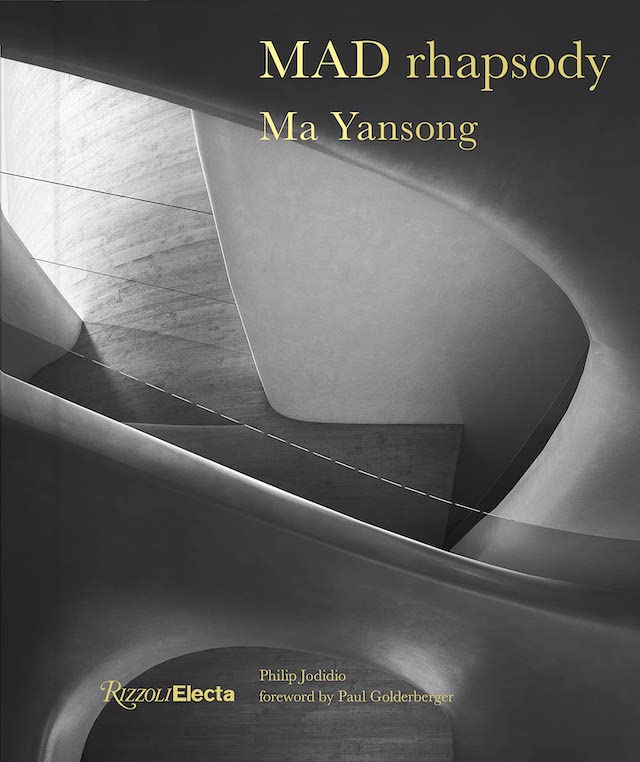 PUBLISHER'S DESCRIPTION:
Conceived and designed by Ma Yansong, founder of MAD Architects, MAD Rhapsody documents the buildings of this avant-garde architecture firm and traces the development of their ideas through associated practice including art, research, and exhibition projects. With photographs, drawings, and models, the book highlights 23 projects from the past six years, both built and in process. Known for their “organic and dreamlike architecture” that creates a dialogue with nature, earth, and sky, MAD projects reach all over the globe.
At age 46, Ma Yansong is one of China’s best-known architects. His curvilinear, free-form, and futuristic designs are often compared to those of his mentor, Zaha Hadid. Ma’s greatest inspiration is nature; his opera house in the northern Chinese city of Harbin resembles a snow-capped mountain, while his master plan for the city of Nanjing calls for sloping buildings covered with vertical louvers that resemble waterfalls. Other projects include the Ordos Museum in the wilderness of Inner Mongolia, the Absolute Towers in Canada, and the Lucas Museum of Narrative Art in Los Angeles.
Ma Yansong is founder and principal partner of MAD Architects.
REFERRAL LINKS:

dDAB COMMENTARY:
A fairly typical trajectory of architects, at least those who produce monographs, is from small to big. Single-family houses beget residential towers, office buildings, museums, and the like. Just think of Steven Holl, whose work can be traced through the square-format, linen-cover monographs, moving from the speculative and built houses of Anchoring to considerably larger, "macroscale" projects in China evidenced in Urbanisms? What about an architect whose first completed building is a tower — no, two towers? If Holl is indicative of a trajectory where the qualities of small-scale commissions need to find the equivalent in larger projects, what is the through line of Ma Yansong? His firm, MAD Architects, basically started with the Absolute Towers outside Toronto: dubbed the Marylyn Monroe towers, the twisting towers strongly define a place amongst a larger, generic suburban landscape. Completed in 2012, they also heralded an architect capable of bold formal gestures at a large scale.
MAD Rhapsody, the latest monograph on the firm of Yansong and partners Dang Qun and Yosuke Hayano, presents nearly two-dozen completed and in-progress projects, starting with Absolute Towers on page 18 (third and fourth spreads, below), following shorts text by Yansong, critic Paul Goldberger, and prolific monograph-author Philip Jodidio. But instead of presenting the projects chronologically to illustrate the firm's progression over the last decade and a half, the book opts for thematic chapters, as is the norm these days. In this case they are (first spread): Allegory, Chromatic Harmony, Elemental Landscape, and Life. As such, the book mixes projects that are large and small, of various typologies, and in various places. While I've paid some attention to MAD's work over the years, most of the projects that fall onto my radar are grand cultural buildings or multi-building developments, all in China. So I was pleased to discover smaller works completed fairly recently in and outside MAD's home country.
One of the projects that stands out in this vein is Clover House, which Yansong alludes to in his introduction: "When a Japanese father and son hesitated about tearing down their old house in order to build a homelike kindergarten, I suggested that the wooden skeleton of the old house could be preserved." Completed in 2015 in the small town of Okazaki, Japan, Clover House is basically a new shell over an old frame, boldly standing out from its surroundings through a white scaly exterior. A passersby would not know about the old two-story wooden frame exposed inside the new three-story building, but drawings and photographs in the book accentuate this remarkable juxtaposition. While the form-making apparent in Absolute Towers clearly hints at the almost bubble-like exterior of the kindergarten, the interior is unexpected, born from the situation and a recognition of the importance of memory in a place where buildings rarely last more than a couple of generations.
Although the organization of MAD Rhapsody makes a determination of the firm's trajectory difficult — one further complicated by the occasional confusion between hyper-realistic renderings and uncluttered photographs — one characteristic I see coming to the fore in the firm's recent projects is a synthesizing of building and landscape. Although allusions to nature have been present in the fluid forms of Harbin Opera House and Chaoyang Park Plaza, among other works more than a few years old, there is an apparent tendency toward "landscrapers" or "landforms" or whatever one wants to call the merging of building and landscape, both formally and experientially. A few examples include the Shenzhen Bay Culture Park and Quzhou Sports Park, both under construction, as well as the first attempt at the Lucas Museum of Narrative Art, in Chicago, and even the relatively small Yuecheng Courtyard Kindergarten, completed last year. This last project, like the Clover House, is one of my favorite MAD projects, illustrating how Yansong and company are inspired by historical contexts, are capable of creating pleasing and unexpected juxtapositions with old buildings, and are just as strong at small scales as they are at large scales.
SPREADS: 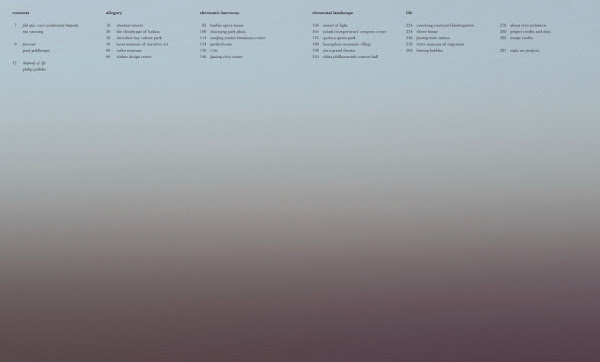 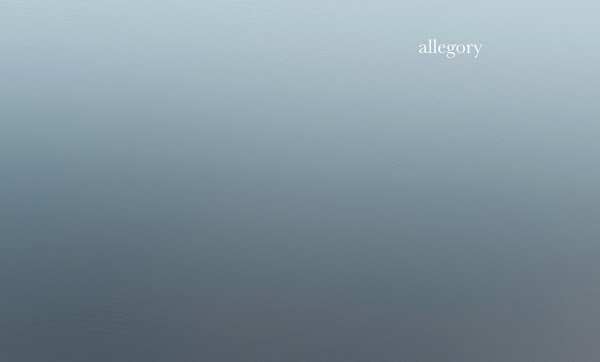 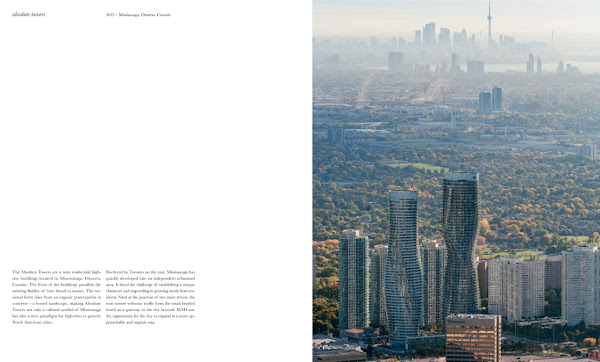 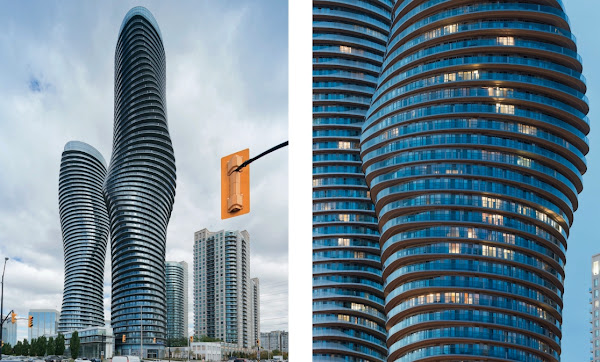