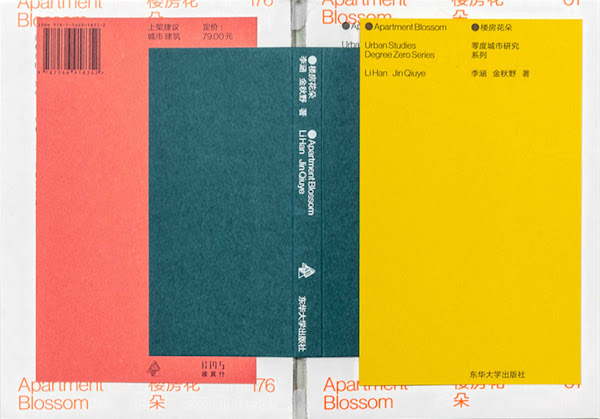 BOOK DESCRIPTION:
As the second volume of Urban Studies Degree Zero Series, Apartment Blossom is a documentation on various balcony renovations of vernacular apartment buildings in Beijing with a collection of exquisite architectural maquettes. Due to the extreme weather conditions, the balconies in Northern China are usually enclosed by their owners. But by their eclectic approach to enclose the balconies, the owners have also made those balconies the highlights of the boring façades of the apartment buildings that are originally composed by repetitive standard units. The selected balconies in Apartment Blossom are both special and ordinary, which altogether form a brief imagery history of local balcony enclosure in Beijing for the past two or three decades.
Apartment Blossom further explores the concept of Degree Zero. Although those balcony maquettes are originated from real life, from the minute when they become maquettes, which is more important, being the subject of a maquette itself or being the object of a representation and documentation, becomes an interesting topic. A variety of maquettes are discussed in the book, from dollhouses treasured by girls to the artist’s concept of “extreme maquettes”, from traditional miniature carving craftsmanship to toys in the vintage shop, providing the readers with a different perspective to appreciate the miniature world of maquette. The book is designed by renowned graphic designer Guang Yu also as a challenge to the concept of Degree Zero in book design. The book is first considered as the carrier of paper, image, text, type area, and binding. The carrier of information comes to the second.
REFERRAL LINKS:

dDAB COMMENTARY:
What is meant by "Degree Zero" in the context of the Urban Studies Degree Zero Series that was started by Li Han of Drawing Architecture Studio (DAS) and Jin Qiuye from Beijing University in 2018 with the publication of Hutong Mushroom and continued a few years later with Apartment Blossom? Li Han's essay in the first book references Roland Barthes's Writing Degree Zero, the 1953 book in which the literary critic presents "literature for literature," rather than literature in service of something else. Li Han explains that if "Degree Zero" in literature is writing itself, if in drawing it is the image itself, and if in architecture it is the building itself, then "in urban studies, there are three major outcome forms: writing, drawing and model." Furthermore, seeing "Degree Zero" as "zero tolerance," Li Han and Jin Qiuye forbade the 100 students — whom they refer to as "researchers" — to write about buildings found on hutong (narrow alleyways) in Beijing, instead producing drawings and models that would be evaluated as just that: drawings and models. The book that came out of the studio, Hutong Mushroom, is therefore simply a presentation of models and drawings depicting the roughly 100 hutong buildings studied by the researchers, cumulatively serving as an urban study and accompanied by some words from Li Han and Jin Qiuye.
Apartment Blossom is similar to Hutong Mushroom, but it focuses on the balconies of apartment buildings in Bai Wan Zhuang, Beijing, and is comprised exclusively of models made by twice as many researchers as the first experiment in "Urban Studies Degree Zero." If the first book is about a typology increasingly lost to urban development in China, Apartment Blossom is about the lives of people displayed through the manipulation and expansion of balconies on facades, the antithesis of homogenous wrappers — residential and otherwise — on buildings with closed facades rather than balconies. The expressions of the lives of occupants in the actual buildings, in the form of balcony renovations but also the things they store on the balconies, leaps down into the 1:20 models, which resemble dollhouses, down to the plants, tables and chairs, and other objects that occupy the models. There are no scale figures in the models, but such figures wouldn't make sense in a "Degree Zero" scenario anyways, especially given that it's not hard to imagine small figures occupying the domestically scaled balconies.
The 200 researchers under Li Han and Jin Qiuye produced two models each: one of an existing balcony and one of an enclosure of their own design. Flipping through the eighty pages of models that comprise the first half of the book — two to a spread, each turned 90 degrees counterclockwise to the page (see first two spreads, below) — it's not easy to grasp which model is which, or if both types are presented here. With the researchers tasked to build models from cardboard or PVC for the main structure and "any available material on the market" for the surfaces and other components, Li Han noticed two groups in the treatment of the existing balconies: "careful and cautious" and "loose and generous." A humorous example of the latter described in Li Han's essay finds a model whose window, door, balcony, and roof were twisted — not on purpose but as the result of stress from the generous paint covering the cardboard. The student was sweating, but Li Han called it "so beautiful!" and considered it an instance of accidentally reaching the "Degree Zero" of the model.
Following Li Han's essay, which itself comes after the photos of the models, are photographs of the models gathered into groupings of six models stacked atop each other and positioned side by side. First are close-ups of the groupings (third spread), then an essay by Jin Qiuye, in which he mentions Hitchcock's Rear Window and other examples of balconies as signs of life, and finally photographs of the hundreds of models on display in a gallery. Yes, one could compare the assembled models as a miniature city, but in the context of "Degree Zero" they are simply a stacking of models, presented in a way that their similarities and differences in terms of size, design, color, craft, and other sometimes model-specific features come to the fore. A model-as-model appreciation of the balconies is logical, given that they were designed in isolation and not intended to be displayed one on top of another and side by side. This third and last part of the process, following the two models each, was a surprise to the researchers, and I can understand why: if not a surprise the model makers would have self-consciously turned the models into representations of buildings lining streets. As is, the models are an extremely diverse assemblage of miniature balconies free of self-consciousness but full of the life that actual balconies on real buildings express.
SPREADS: 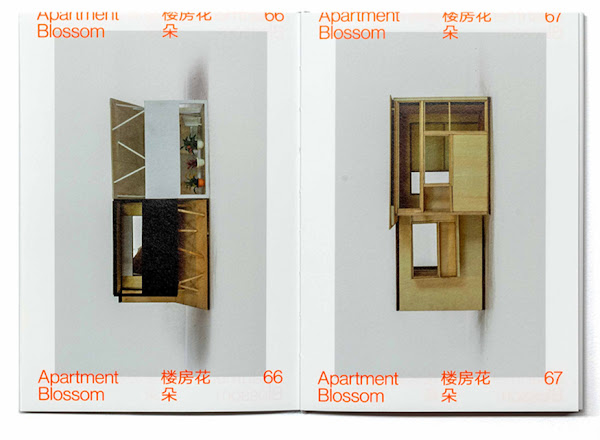 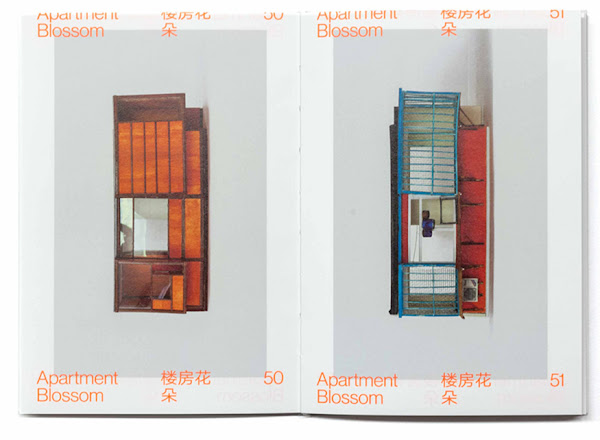 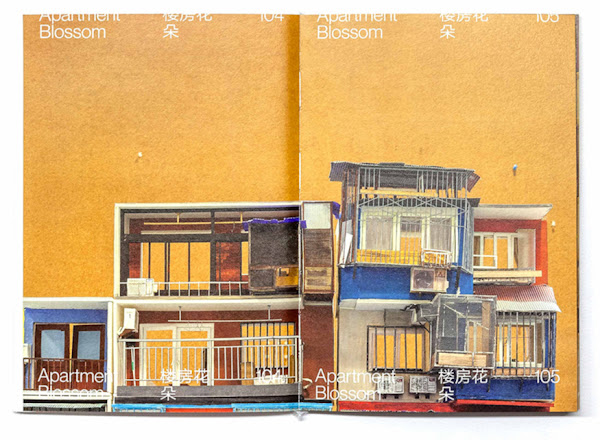 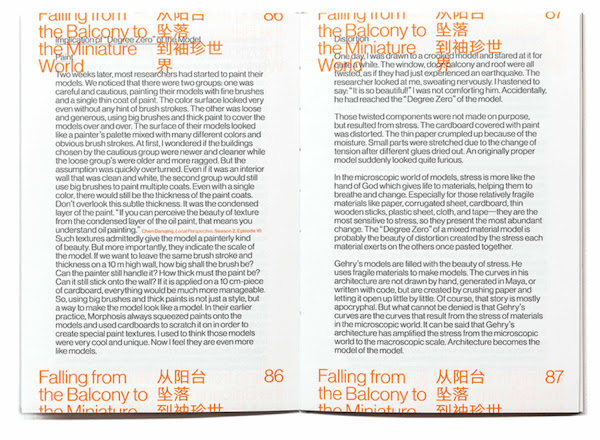